From Valley Farms to the Capitol: Ramirez Is Key Part of Biden's Team 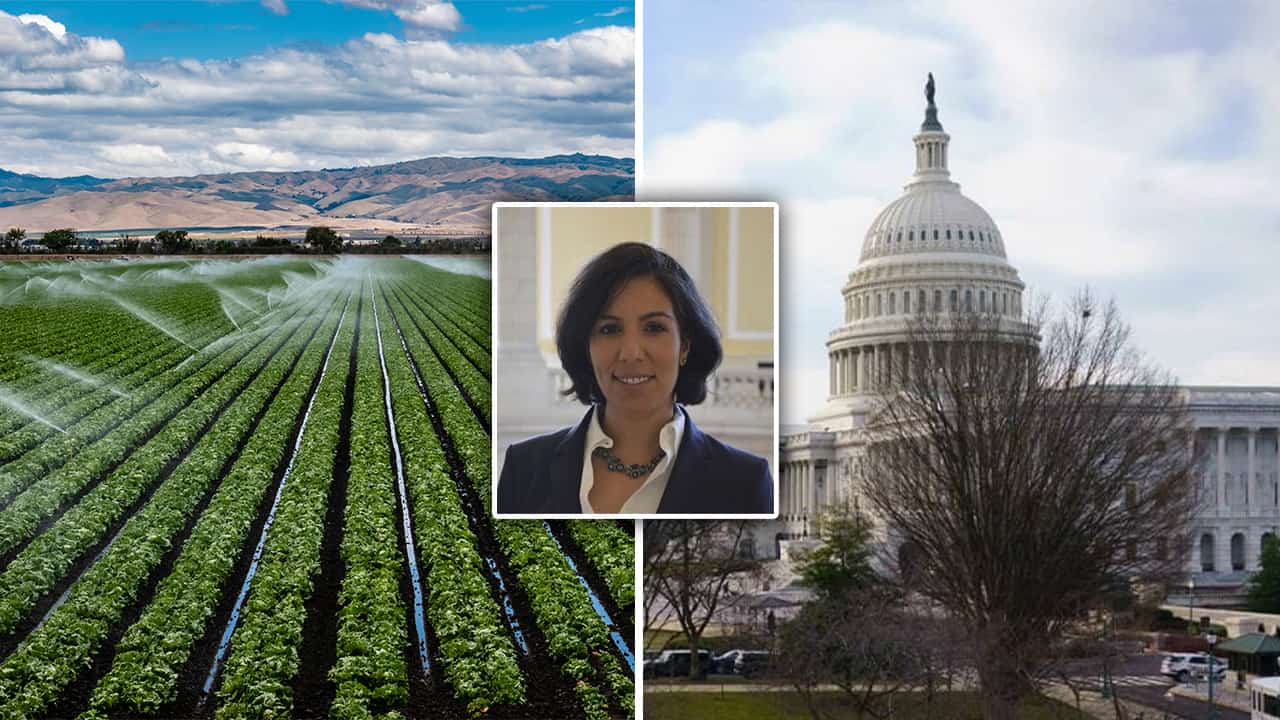 Angela Ramirez’s path to the Biden administration weaved through the Central Valley. It’s where she learned the value of hard work.

Although she was born and raised in the Sacramento area, Ramirez’s parents are from the Central Valley and graduated from Fresno State — her father, Frank, is from Orosi and her mother, Karen, grew up in Fresno and Visalia.

“My parents grew up both picking fruit from a pretty young age,” Ramirez said. “Things don’t always work out exactly how you think. Roll up your sleeves and really try. And I got that not just from them, but from my whole extended family. There is a dignity in all work.”

“My parents grew up both picking fruit from a pretty young age. … Roll up your sleeves and really try. And I got that not just from them, but from my whole extended family. There is a dignity in all work.” — Angela Ramirez, a President Biden aide with Valley roots

Ramirez comes to the Biden administration with plenty of Capitol Hill experience. She was named to the Politico Playbook Power List in 2019.

She served as chief of staff for New Mexico Congressman Ben Ray Luján, who rose to the assistant speaker in the Democratic leadership. Lujan is now a U.S. senator.

Ramirez was also executive director of the Congressional Hispanic Caucus before moving to the Biden-Harris transition team.

Her official title for the Biden administration: Special Assistant to the President and House Legislative Affairs Liaison.

“I’m going to be working with the House of Representatives to provide information to them on the president’s priorities and hopefully take back to the administration the priorities, interests and perspectives from the House,” Ramirez said, describing her job.

Knocking on Doors With Her UFW Organizer Dad Angela Ramirez, in her youth, with her father, Frank Ramirez, and brother Francisco during a visit to Yosemite National Park, circa 1980 (Special to GV Wire)

Ramirez tried her hand at comedy writing before breaking into politics, but those aspirations were always with her.

Frank Ramirez organized with the United Farm Workers, which influenced Angela — even as she took a political detour.

“My dad would always knock doors and campaign. I would stroll along with him, not really understanding what it was,” Ramirez said. “It kind of just seeped into my soul a little bit.”

Ramirez graduated from Princeton and co-chaired the school’s humor magazine, The Princeton Tiger. She was the first woman to hold that post.

“Something I learned from comedy writing is not to take myself too seriously. With everything going on right now, I want to remember my humanity and the humanity of the really important places I come from.” — Angela Ramirez

“(Princeton was) unlike anything I had ever seen when I arrived and I accepted it sight unseen, other than that brochure which I studied meticulously,” Ramirez said.

She moved to Hollywood to try her hand at sitcoms, with limited success. Ramirez spent a summer as a writer’s assistant for “Ned & Stacey,” a mid-90s sitcom on Fox starring Thomas Haden Church and a pre-“Will & Grace” Debra Messing.

“It was TV Guide’s ‘top show you’re not watching,’ which is at once like a compliment and an insult,” Ramirez said.

“I was always aware of government and politics. Eventually, I gave in and realized what I really wanted to do,” Ramirez said.

Ramirez worked as a California state Senate fellow, at the Manhattan District Attorney’s office, and in healthcare consulting before working on Capitol Hill.

“I immediately took to it, instantaneously,” Ramirez said.

She connected with Luján after he won office to represent New Mexico in Congress in 2008.

“He would use the word ‘family’ a lot. Politics is family and you take care of family,” Ramirez said. “Thinking about my roots at home in California and working for him for 12 years — those two things just really burned bright in my mind.”

She hopes her comedy background helps with dealing with a polarized Congress.

“Something I learned from comedy writing is not to take myself too seriously. With everything going on right now, I want to remember my humanity and the humanity of the really important places I come from,” Ramirez said. “I don’t know how funny I will be. There is a reason I’m in government now.

Summers and Holidays in the Valley

Ramirez recalls swimming and playing during summers at Mt. Whitney High School in Visalia, where her grandmother Anne Harabedoff worked as a janitor.

“We came back for summers, Christmas, Fourth of July, birthdays, everything,” Ramirez recalled. Angela Ramirez helped her grandparents sell from a truck the corn they grew in the Visalia area. (Shutterstock)

Her grandparents also farmed and she helped them sell corn out of a truck.

“The truck would move. It would go where people wanted to buy, basically,” Ramirez said. “I honestly am not sure how they decided where to sell, but they seem to have a theory of the case. And I was just along for the ride. It was pretty fun, though.”

Those moments gave Ramirez “a love of the land.”

“My earliest memories of the Central Valley (were) driving on Highway 5. At some point, you turn off and it’s just like rows and rows of trees,” Ramirez said. “My mom didn’t want us to be city folks. She would quiz me on the different trees and make sure I could identify — almond versus orange versus whatever; and just a real appreciation for the land. It feeds people. It is beautiful. It is important to protect all these really important things.”

Several aunts, uncles, and cousins remain in the Central Valley; her grandparents have passed on.

“I haven’t gotten out there —  I’ve gotten out of my apartment in far too long, truthfully. So it’s been a long time. Been too long, I’ll say. But I think about it all the time. It’s a really important part of my growing up,” Ramirez said.

EXPLAINER: Why Coffee Could Cost More at Groceries, Cafes