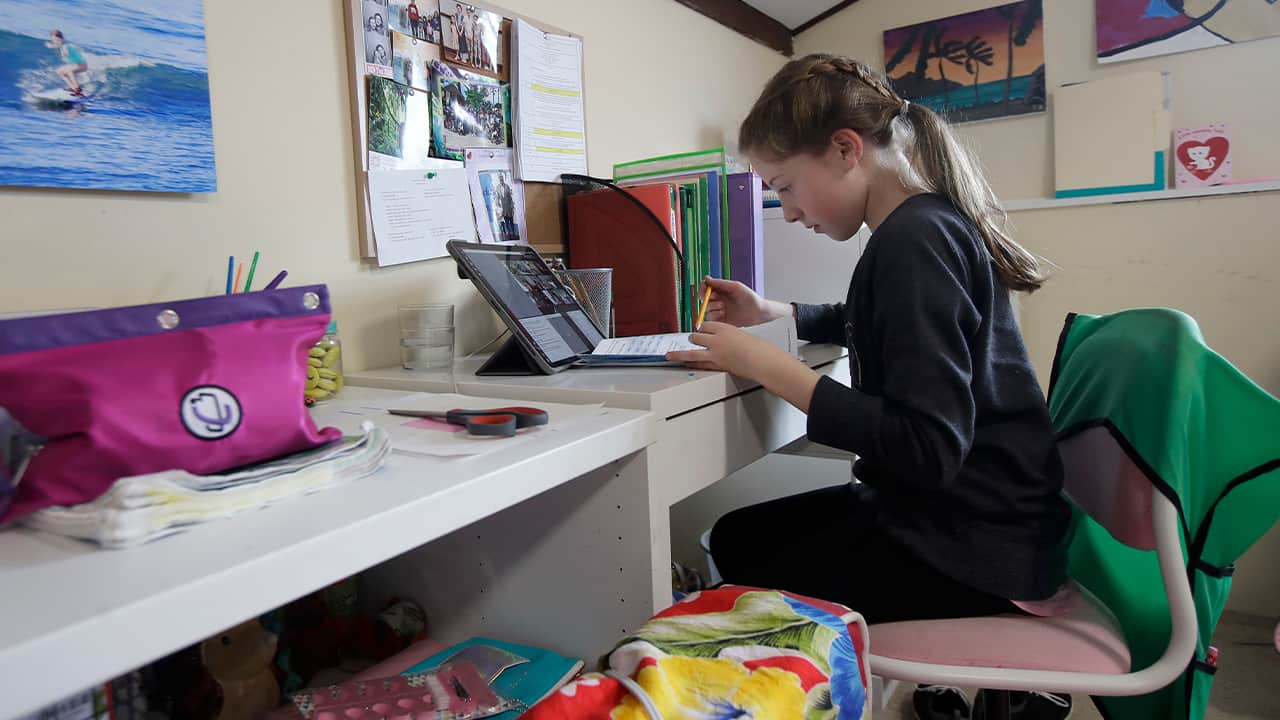 Huge gaps in the digital divide have been especially problematic during the pandemic, when school kids and their teachers need a viable and reliable internet connection for online lessons.

Even though they’ve been issued hotpots to help connect their laptops and tablets, students in the Biola area in Central Unified School District have been hamstrung by poor connections.

The solution: Build an antenna at Biola-Pershing Elementary School that will improve connectedness. Central Unified trustees voted unanimously at Tuesday night’s meeting to do just that.

In recognition that the Biola area has a shortage of wired and cable providers as well as mobile services, the trustees agreed to spend $67,000 to build an antenna and pay an annual licensing fee with AMS.NET, a private LTE network. The district will own and maintain the antenna and hotspots that students will connect to the district’s internet. Central will save $8,800 monthly by no longer using AT&T hotspots.

Fresno Unified also is talking about erecting a network to serve its 74,000 students, many of whom live in neighborhoods that have sparse digital coverage. But a proposal to allocate $1.4 million in CARES Act funds for the wireless network was tabled at the Dec. 16 board meeting upon staff request.

Related Story: Fresno Unified Plans to Roll Out Its Own Internet in South Neighborhoods

Hoover High alumnus Eric Kendricks was featured in a Sports Illustrated cover story last month that highlighted the social activism Kendricks and his Minnesota Vikings teammates have engaged in, particularly after the killing of George Floyd by Minneapolis police last May.

The article merited a tweet of congratulations from Fresno Unified:

Our very own, Eric Kendricks, a Hoover High School alumnus who is now an elite linebacker for the Minnesota Vikings, was featured in Sports Illustrated on social activism! We LOVE seeing the amazing impact our alumni are making across the country! https://t.co/Tn9y414xqs. pic.twitter.com/9BlPoF1aqo

Thinking About Launching A Business?

Entrepreneurs in underserved communities sometimes need help to get their small businesses off the ground — and keep them aloft. Fresno Pacific University’s Center for Community Transformation has a new program to give them a boost.

Launch Central Valley is a nine-session program that covers topics such as marketing, sales, and how to communicate with people you’ll need to work with to make your business succeed, such as accountants, attorneys and government officials.

“We feel we can have an impact helping people turn a side hustle into their main gig, and at the same time helping families generate more income and move up the economic ladder,” says Carlos Huerta, the center’s associate director.

The next Launch Central Valley kicks off Jan. 26. For more information and to register, go to eventbrite.com/e/launch-central-valley-micro-enterprise-training-tickets-129749274573.

The center plans to enroll 300 more entrepreneurs from Bakersfield to Merced in the program over the next five years with the help of a nearly $1 million grant from the Lilly Endowment that is being used for several of the center’s faith-based initiatives.