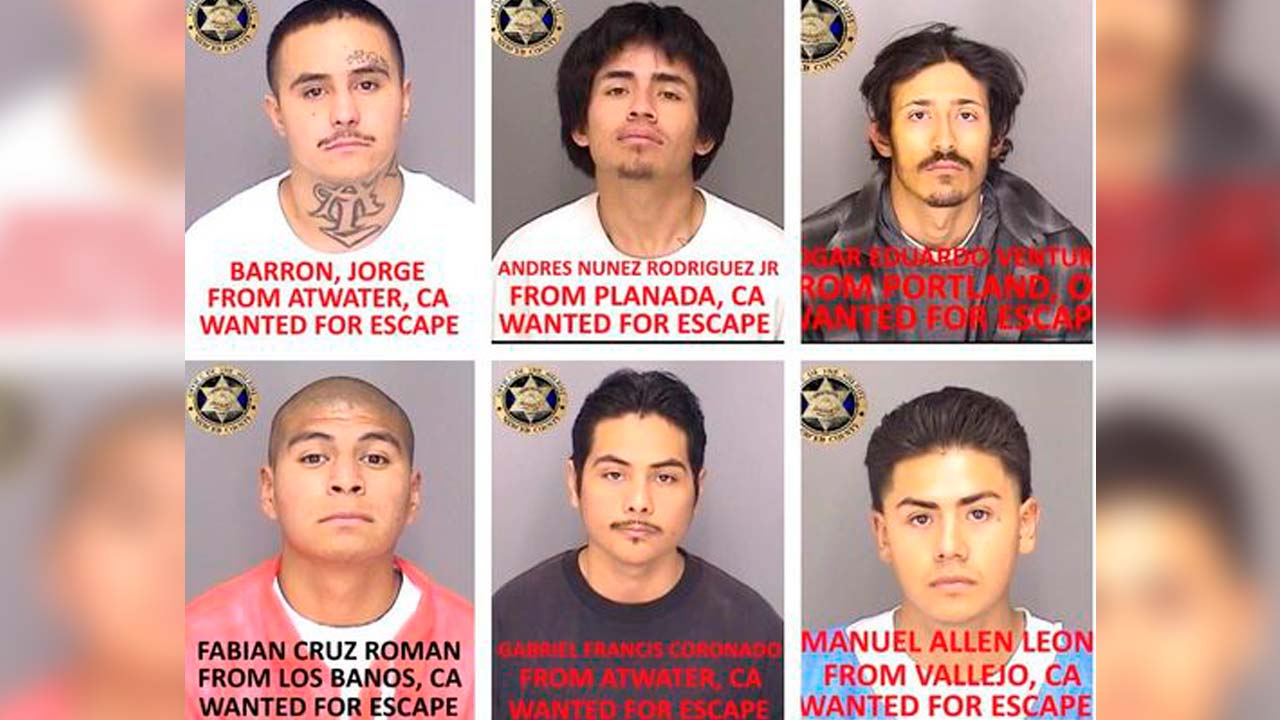 Two more inmates who escaped from Merced’s downtown jail — including one facing a murder charge — were arrested near the Mexico border hours after another escapee was nabbed west of Fresno, authorities said Wednesday.

Cruz Roman, of Los Banos, was in jail on attempted murder charges. Nunez Rodriguez, of Planada, was charged with attempted murder, participation in a criminal street gang and being a felon in possession of a firearm.

Earlier on Tuesday, authorities arrested Edgar Eduardo Ventura, 22, of Portland, Oregon, in the Firebaugh area, the Sheriff’s office said in a Facebook post. On Sunday at about midnight, six inmates escaped from the Merced County Downtown Jail facility. Three have now been captured. (Facebook/Madera Police Department)

Ventura was in jail on charges of being a felon in possession of a firearm, participation in a criminal street gang and a probation violation.

Allen said he didn’t know if any of three inmates had an attorney who could speak on his behalf.

The six inmates who are allegedly gang members gained access Saturday to the jail’s roof and used a makeshift rope to scale down the side of the Merced County Downtown Jail and escaped, officials said.

The remaining fugitives were identified as Jorge Barron, 20, of Atwater; Gabriel Francis Coronado, 19, of Atwater and Manuel Allen Leon, 21, of Vallejo. They have been charges with crimes ranging from probation violations and attempted murder, the sheriff’s office said.

They should be considered armed and dangerous, officials said, and anyone who spots them is asked not to approach them and immediately call 911.

Authorities have set up a tip line with the U.S. Marshals Service and is offering a $5,000 reward for each fugitive.