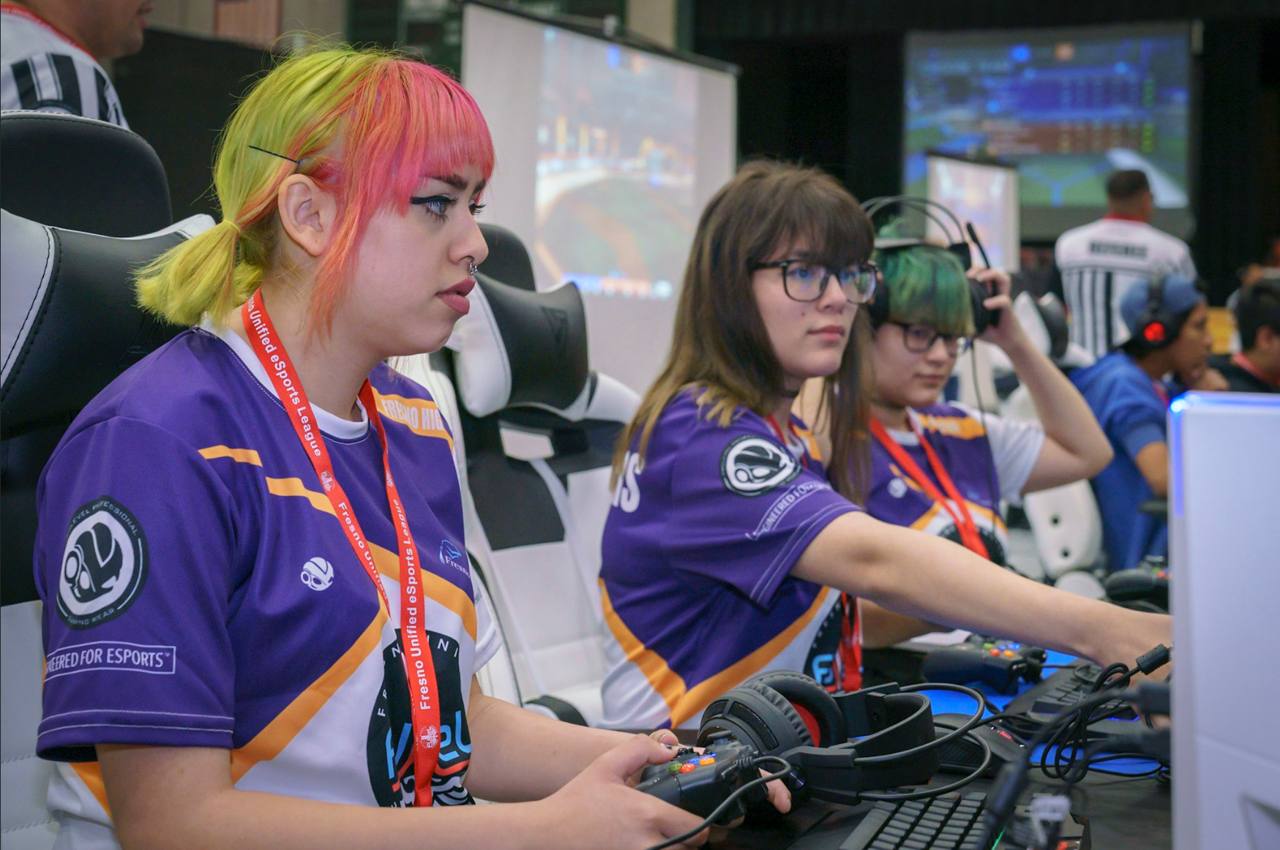 An old woodshop classroom building tucked away on the campus of Tehipite Middle School in central Fresno is the proposed site for a new esports center where online gamers, coders, and tech kids can gather for tournaments. 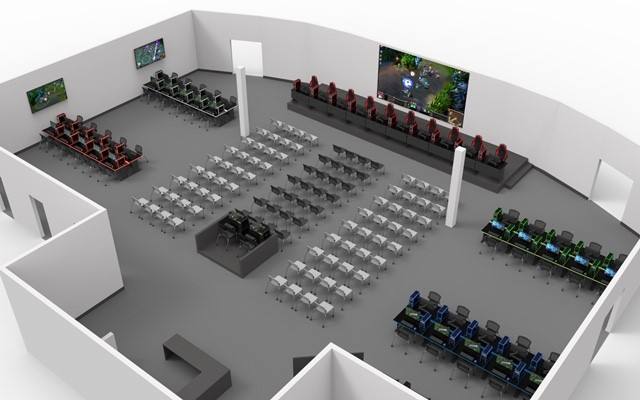 Esports is more than just play — it’s a multibillion-dollar industry with an audience of hundreds of millions worldwide and is continuing to grow. Professional competitions are drawing audiences bigger than the Super Bowl. And players can wind up with college scholarships as well as a fast track to a lucrative career in a number of related fields — from designing games to coding, computer tech, and broadcast journalism.

District officials are throwing their support behind esports, because it ticks a lot of boxes: Improvement in student engagement, more curriculum options, exposure to future careers, and scholarships. More than 200 colleges and universities are now awarding scholarships for esports players, including $9 million through the University of California, said Tami Lundberg, executive director of the district’s Information Technology Department.

Fresno State has fielded two esports teams in the Mountain West League and is seeking sponsorships for scholarships.

Related Story: With Esports the Rage, Fresno State Jumps in With Two Teams

For about 80% of Fresno Unified’s participants, esports is their first-ever participation in a school club or sport.

“Many of our students that are in esports maybe have never played on a physical field. For whatever reason, they have not made it on teams or chose not to be on teams,” said Kurt Madden, the district’s chief technology officer. “But on the virtual field, these students are rock stars. They’re very competitive. They are heroes among their colleagues and friends.

Attendance for students at one alternative high school climbed from 25% to 90% after the school added an esports club, a district official said.

On game day they show their school pride by wearing their team jerseys to school, “so instead of just representing themselves at home as a student, they now represent a team from their school competing against other teams,” he said.

Attendance for students at one alternative high school climbed from 25% to 90% after the school added an esports club, Lundberg said.

And participants are diverse, with a mix of girls and boys, races and ethnicities, and abilities. One player who is deaf brought her American Sign Language interpreter to help give her instructions during matches, and students with autism have found a home with their esports team, Madden said.

Fresno Unified, recognizing the potential for more student engagement and career and college opportunities, created the Fresno Unified eSports League, or FUeL, in 2018 to encourage League of Legends esports competitions that have drawn students from across Fresno Unified as well as neighboring districts.

The district schedules two seasons each year, with about 150 to 200 high schoolers participating per season, Lundberg said.

“We’re certainly hoping that once students are back on campus, and we’ve got our esports arena, that will really open up the opportunity for us to invite other districts, potentially have regional matches, state matches,” she said. 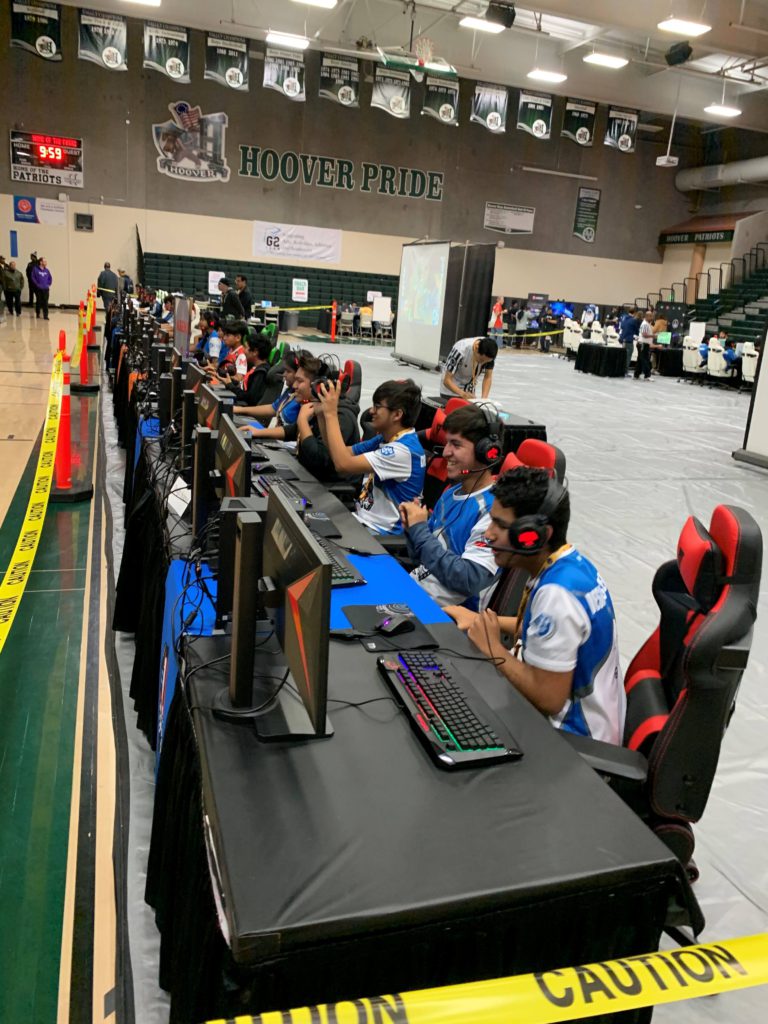 Before the COVID-19 pandemic closed schools, FUeL conducted some tournaments at the Hoover High School events center, which required organizers to set up the tourney space and take it down again over a few days. They had to cover the floor, set up tables, chairs, computers, and lay down electric connections.

“At Hoover, we had one time where all these computers were hooked up and the power went down in the middle of the tournament,” he said. “And so we had to shut down some things and actually we ran some extension cords into other parts of the gym to be able to finish the tournament. But that’s why having that power there for the wood shop is perfect for us, because there’s far more power there than we would ever need.”

The new center will have plenty of space for players — the current layout accommodates as many as eight five-player teams competing simultaneously — as well as in-person spectators who will follow the action on big screen TVs.

Fresno Unified last month allocated $1.5 million in Measure M bond money to convert the old shop classroom building at Tehipite into a tournament center, with seating for players, audience, big screens, and spaces for “shoutcasters” who provide play-by-play as well as color commentary during matches.

The center will be 7,000 square feet, with a 5,000-square-foot arena and support rooms, and will be comparable in size to some collegiate esports arenas, district officials say.

With its central location — Tehipite is the southwest quadrant of the Highway 180-Highway 41 interchange, close to Highways 99 and 168 — high ceiling and ready power supply, the now-vacant building seems the ideal spot, Madden said. Sunnyside Was Among Early Adopters

Esports club members at Sunnyside High School were excited to hear about the plans for a district esports center, said teacher-librarian Eric Wheeler, the club’s coach.

Wheeler was in his first year at Sunnyside in the fall of 2015 when he was approached by a group of students, “mostly sophomores,” about forming an esports club. He did some research and learned that League of Legends was being played professionally and colleges and universities were adding it as a scholarship sport.

“We’re certainly hoping that once students are back on campus, and we’ve got our esports arena, that will really open up the opportunity for us to invite other districts, potentially have regional matches, state matches.” — Tami Lundberg, executive director, FUSD Information Technology Department

The impact of esports spills over into academics and attendance, with students taking on the role of helping each other with class assignments and staying motivated, he said: “For some students, it begins to be that thing that helps them get back on track with their grades. They all see my League students in the morning and they’ll be holding tutorials for each other, supporting each other in math and English.

“I’ll also see them get on each other when they see that somebody is letting it go a little bit with their grades or something, and they say, ‘Hey, you got to get back on track, man. You got to show up. You got to do your classwork.’ ”

Esports athletes are held to the same eligibility standards established by the California Interscholastic Federation, the governing body for high school sports, for other student athletes, Wheeler said. Proponents are lobbying the CIF to have esports added as an official sport, she said.

Esports, which will be a medal event in the 2022 Asian Games in Hangzhou, China, is an “initiative” for CIF, spokeswoman Rebecca Brutlag said.

Through its partnership with PlayVS, the official scholastic high school and college esports league, the CIF has been able to provide a competitive esports program that allows schools to adopt CIF guidelines on scholastic eligibility, participation time limits, and health and wellness education, she said.

But CIF has no plans at this point to make esports an officially recognized sport, Brutlag said.

Home to Other Tech Competitions

Madden said he expects to have the design for the esports complex finalized by this spring and the project put out for construction bids. In the meantime, Fresno Unified will is trying to line up sponsors whose support can underwrite student scholarships, among other things.

And the center won’t be limited to esports tournaments. Lundberg and Madden said they expect that other competitions could be held at the center, including the district’s Tournament of Technology, which typically draws 800 middle schoolers, high school robotics and coder club tourneys.

And students in elementary and middle schools could soon be getting in on the online gaming action. Fresno Unified is partnering with Microsoft to pioneer Minecraft  for younger students starting this spring, Lundberg said. 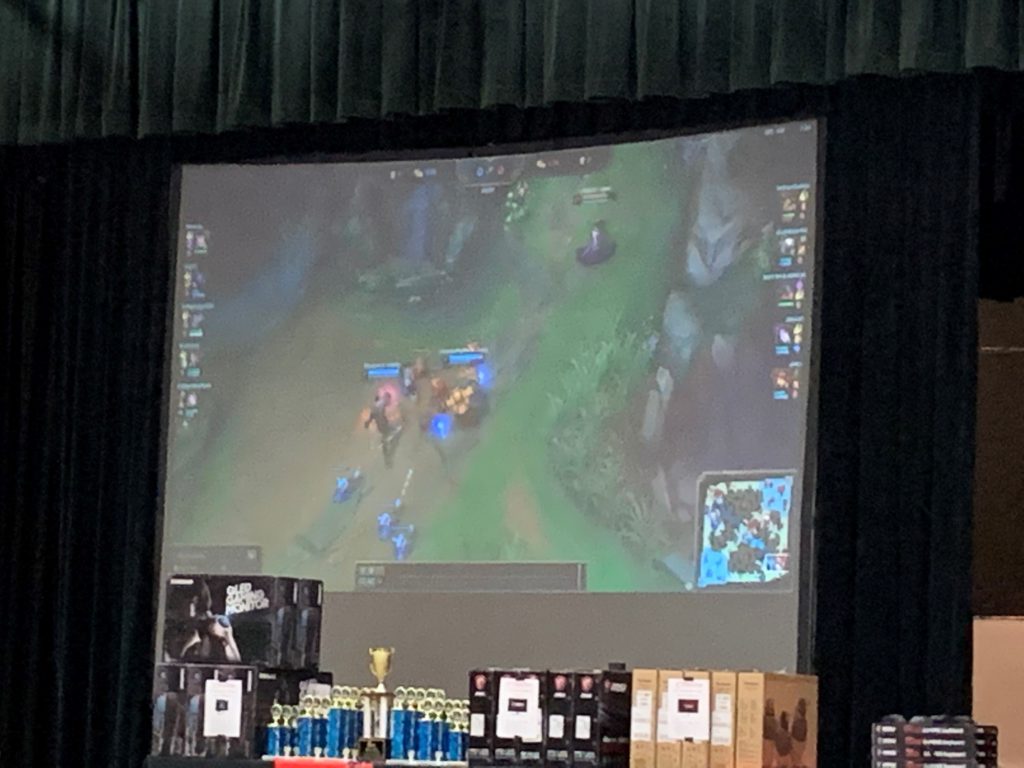 Trophies line a table in front of a big screen displaying an esport game in progress. (Fresno Unified)

Related Topics:eSportsFresno Unified
Up Next