State Center Community College District trustees on Tuesday will consider an anti-racist resolution that’s nearly identical to a resolution signed earlier this month by Chancellor Paul Parnell and his cabinet, including the district’s four college presidents.

Both resolutions note that more than three-fourths of the students enrolled on State Center campuses are students of color who are more likely to enroll in a community college than a four-year college, and need more than two years to complete their associate degree or to transfer to a four-year institution. 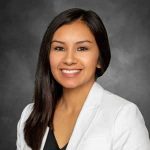 “Words without action are simply words. And so what this resolution does, it continues to reaffirm our commitment to not just talk the talk, but to actually put policy into action.” — Annalisa Perea, State Center board president

The resolutions commit State Center to removing structural and systemic barriers for students, faculty, and other employees; working collaboratively with government agencies, businesses and community-based organizations “to provide race-conscious decision making in support of Students of Color;” and providing ongoing professional development “to normalize a culture of anti-racism.”

The State Center board meeting will begin at 4:30 p.m. Tuesday and will be held virtually on ConferZoom.

State Center is one of a number of education and government agencies to pass such resolutions nationwide, and it’s the second for the district in six months. The trustees in July voted unanimously to approve a resolution affirming the district’s commitment to the academic success of black and African-American students.

In October, the Fresno Unified School Board voted 6-1 to approve an anti-racism resolution.

The latest resolutions are not duplicative, Annalisa Perea, president of the State Center Board of Trustees, said Thursday.

“I don’t think two is too many,” she said. “If anything, going into 2021, I think it’s going to be really important to continue to have these ongoing conversations, to be able to have these open dialogues on this topic, to continue talking about the policy decisions that we’re making that impact every student, no matter what their background is.”

But what do such resolutions accomplish? According to an article posted on the National Community Reinvestment Coalition website, such resolutions are a sign of movement in the national conversation about race and racism. The coalition is an association of more than 600 community-based organizations that promote access to basic banking services, affordable housing, entrepreneurship, and job creation in underserved communities.

“Sometimes, surface-level actions are purely performative and selfishly motivated, and other times, they are important first steps in learning, in acknowledgement, in representation. Either way, what we need to remember is that they are far from sufficient. We must pursue changes to the policies, systems and environments that underpin structural racism. Otherwise, merely stating that ‘racism is a public health issue’ is meaningless,” said Vinu Ilakkuvan, founder and primary consultant of PoP Health, LLC, a woman and minority-owned business based in Fairfax, Va.

The article cites a number of cities, including Minneapolis and San Bernardino, that have initiated task forces, data collection, and other actions with the goal of addressing systemic racism and effecting structural change.

Perea said she agrees that mere words are not sufficient to address the issue of racism. She told GV Wire℠ that the district has many initiatives already under way to help lower the barriers that keep students of color from being successful.

They include providing accessible child care so students can attend classes, stocking food pantries to help supplement students’ food budgets, and providing laptops and Wi Fi connections to students during the coronavirus pandemic when classes converted to virtual instruction.

And the college district is putting its money where its mouth is, investing $86 million in the West Fresno campus that will be a satellite of Fresno City College, $50 million on a first responders campus that will be built in southeast Fresno, and “hundreds of millions” in improvements to Fresno City, the district’s flagship campus in central Fresno, Perea said.

Fresno City President Carole Goldsmith scheduled an equity forum to examine the issues in 2020, and the district’s colleges have established anti-racism working groups, she said.

“Words without action are simply words,” Perea said. “And so what this resolution does, it continues to reaffirm our commitment to not just talk the talk, but to actually put policy into action.”