Fresno Area Porch Pirates Get Your Packages Within Minutes, Now You Have a Way To Fight Back 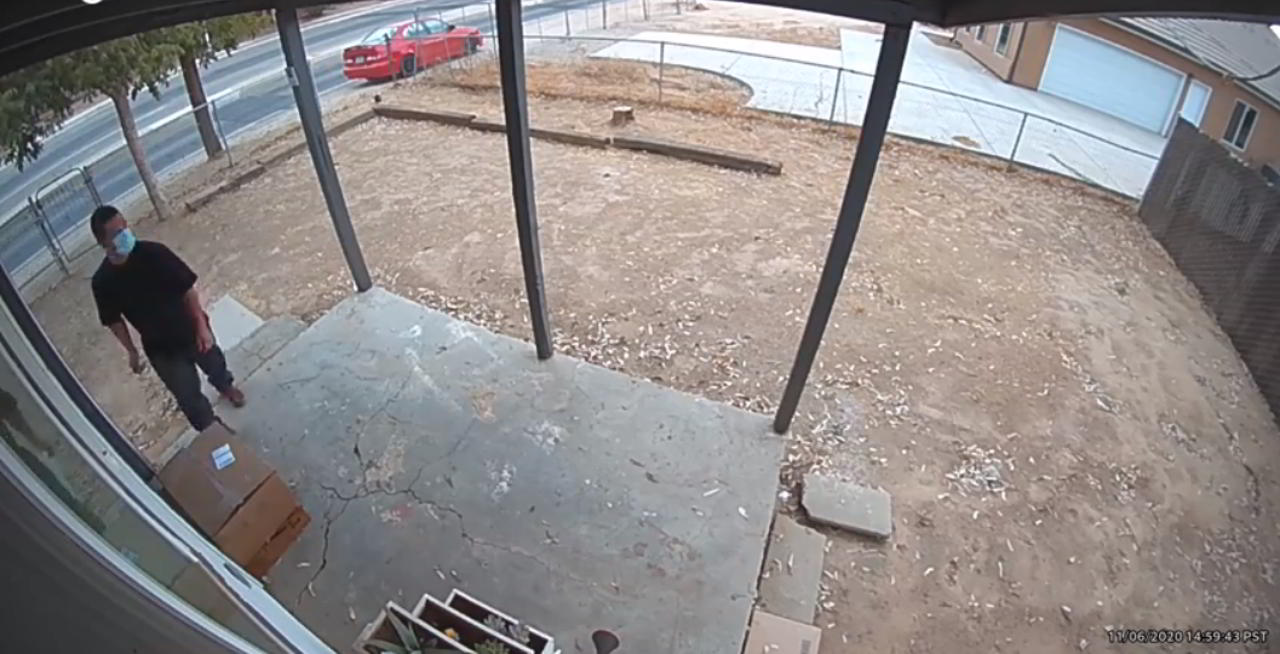 They drive behind UPS and Fedex trucks driving the streets of Fresno. Once packages are delivered, they’re almost immediately nabbed by so called ‘porch pirates.’

It’s such an issue in Fresno, City Council Member Mike Karbassi campaigned on it. He’s got his hands a little tied up due to staffing constraints in the Police Department.

But now there’s a way every resident in Fresno (and beyond) can fight back.

Chad Pickens started an ‘Anti Porch Pirate Coalition’ last year because he was fed up with packages being stolen in his northeast Fresno neighborhood near Shields and Cedar.

“This isn’t an organized group, you know, it’s just kind of like, well, what can I do to help my neighborhood?,” Pickens tells GV Wire℠ by phone. He posted messages on forums like Nextdoor and the Ring Camera network and referred to himself as “us” and “we”.

“Nobody knew it was just one person,” says Pickens. 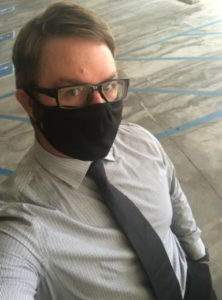 “This isn’t an organized group, you know, it’s just kind of like, well, what can I do to help my neighborhood?”–Chad Pickens, Spearheaded the ‘Anti Porch Pirate Coalition’

The coalition grew from just himself. People reached out to him through word of mouth and through private messaging. Now, he says at least 20 to 30 of his neighbors have joined him.

He’s now taking it a step further by creating a Facebook page that’s not restricted to where you live, or whether you are on a doorbell camera network. The page just went live on Wednesday.

The purpose of the group is to encourage vigilance by having at least one person visible outside, maybe on their front porch, keeping an eye on things.

“It’s just presence,” explains Pickens. “If they (porch pirates) feel somebody is just out walking their neighborhood, whether it’s just around the block or not, or even just walking to stand in front of their front yard, raking leaves or watering their lawn, it deters them.”

He says from his experience the thieves don’t care about the Ring cameras, but they do care about actually being seen by an actual person. “I have yet to find somebody bold enough to steal a package in front of me,” says Pickens.

Catching up With a Thief in Real Time

Pickens recalls a recent incident when one of his neighbors posted a porch theft video that had happened just minutes before.

He saw the video, and almost immediately spotted someone that matched the appearance of the culprit. “I found somebody on a bike that stole a package from somebody’s doorstep that was three blocks away,” says Pickens.

He called police who caught up with the thief and returned the package to the porch it was taken from.

Recently, he’s noticed more and more people are working from home due to the pandemic and picking up their packages within minutes of delivery.

Pickens also believes his group has made a big difference in not only stopping porch thieves, but also just bringing the community together to work towards common goals.

Theft Numbers Not Trending Up

Fresno Police Lt. Tim Tietjen works with officers on patrol in northwest Fresno. “We’re not seeing anything out of the ordinary in terms of porch thefts,” says Tietjen.

He says he doesn’t have precise numbers because the department is currently transitioning to a new computer system, but he says porch thefts are “not trending up.”

Although it’s always a concern this time of year, he’s seeing more neighbors coming together to help one another out. “They do that all the time,” said Tietjen.

He does say that anyone who witnesses a theft in progress shouldn’t hesitate to call 9-1-1 so officers can respond right away.

Fresno City Councilmember Mike Karbassi says there are certain things people can do to help fend off porch thieves.

“Watching out for neighbors helps,” says Karbassi. He says he recently bought a doorbell camera from Costco for himself. He also says good lighting is a great deterrent.

Karbassi believes it’s important for neighbors to help each other because Fresno police officers are already under a lot of stress due to a recent gang crackdown, and adverse impacts to their workforce due to the COVID-19 pandemic.

“We’re also losing officers to retirement and we can’t recruit. So what do people want us to do?” asks Karbassi rhetorically. “We need to support enough law enforcement to keep the city safe.”

To that end, Karbassi is working with police leaders and the Fresno Police Officers Association to find ways to attract more officers.

“The fact that we can’t recruit officers into the academy is very alarming,” said Karbassi. “I want to increase the signing bonuses if they live in the city of Fresno.” He plans to work with his fellow city council members in either January or February to increase onboarding bonuses from $5,000 to $10,000 dollars.