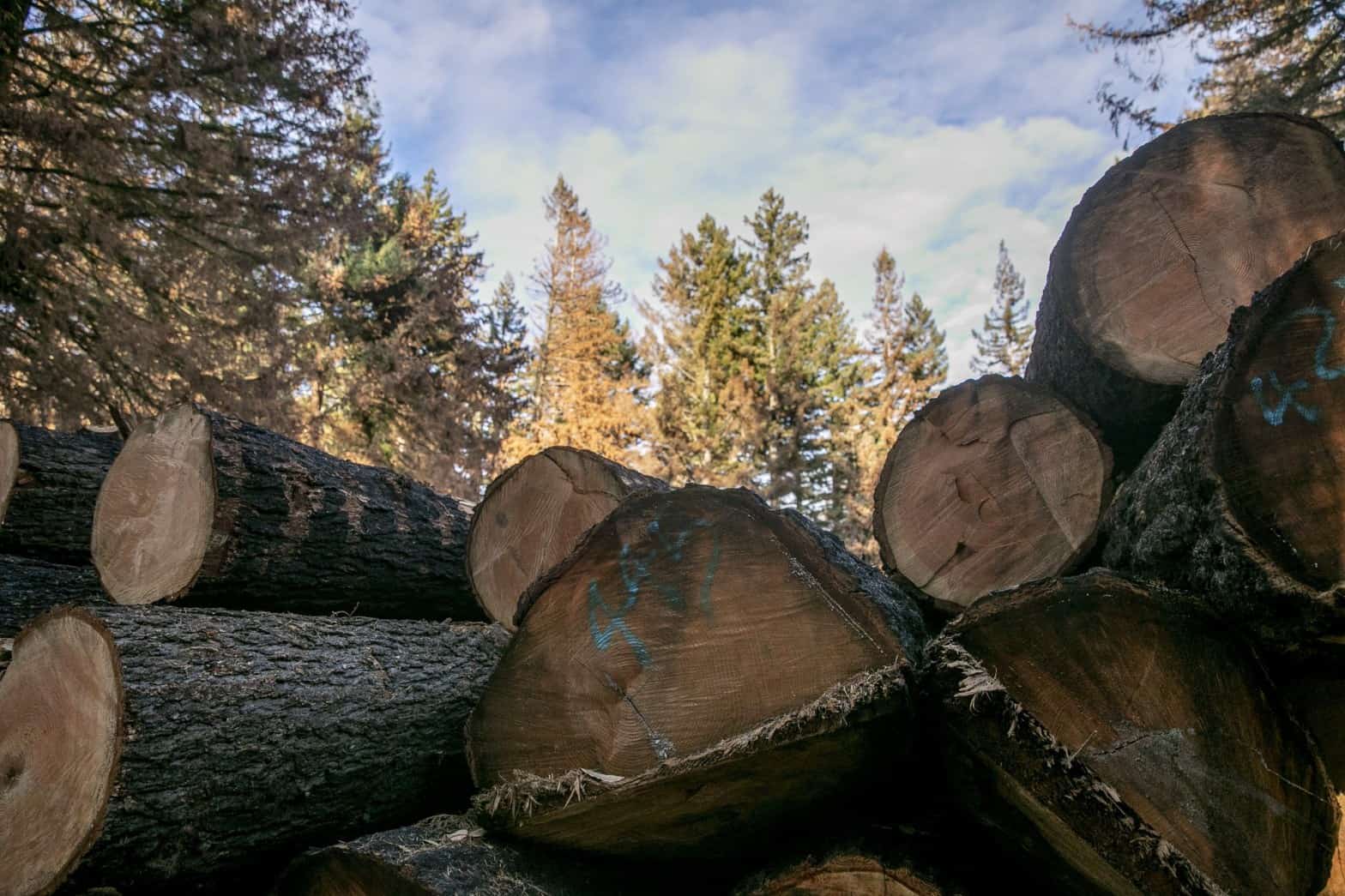 Kristi and Brian Anderson have some thoughts about how the first year of California’s “get-tough-on-utilities” approach to preventing wildfires is going: Badly. Very badly.

The Andersons, who live in Bonny Doon, nestled in the mountains near Santa Cruz, lost their home four months ago in the CZU Lightning Complex fires. 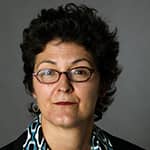 But their plight only got worse after the fires were out. They returned to their property to find that Pacific Gas and Electric crews had felled 20 trees on their two-acre lot, toppling hundred-foot Douglas firs and leaving them where they fell.

In an attempt to clear vegetation from around power lines, the workers cut down old-growth redwoods, and in some cases simply sawed off the tops of the beloved giants, creating a “horrid Dr. Seuss kind of tree,” Kristi Anderson said. “It makes us sick to our stomachs.”

Worse, after spending weeks clearing away the remains of their incinerated home, Brian Anderson arrived at his property to find a massive pile of trees atop a new trailer pad where he and his family were planning to live while their new home was being built.

Facing a potential bill for tens of thousands of dollars, the couple is wondering who is going to pay for the cleanup after PG&E left the piles of timber and woody debris that are themselves fire hazards. PG&E crews cut down trees on the edge of the Andersons’ property in Bonny Doon. The trees were scattered on their property and only after weeks of pleas from the Andersons did the company create these orderly stacks. Photo by Anne Wernikoff for CalMatters

Utility companies are carrying out numerous tasks to prevent wildfires, from ramping up line inspections to replacing antiquated equipment. But critics say that PG&E and other electric providers should be focusing less on the cheap stuff, like cutting trees, and more on upgrading its thousands of miles of old lines and aging equipment.

“It’s been a longstanding problem with PG&E, instead of doing the responsible thing and investing in their infrastructure, they want to just do vegetation management,” said Assemblymember Mark Stone, a Monterey Bay Democrat whose district includes Santa Cruz.

“This is just a shortcut. It’s part of their approach, taking the easiest path possible by cutting a bunch of trees and looking like they are doing something, while avoiding the bigger issue of infrastructure improvement.”

PG&E this year managed vegetation along 1,861 line-miles at a cost of almost $500 million, the company says. More than half of PG&E’s area is in high fire-threat zones, with 5,500 line-miles of electric transmission and 25,500 line-miles of distribution equipment.

PG&E also this year added 43 safety devices along transmission lines, upgraded 62 substations and replaced poles or covered lines along 370 miles, according to the company. That leaves no documented plans for upgrading thousands of miles of lines, poles and other equipment in the coverage area, although some projects will be completed over the next 40 years.

The company’s combined fire mitigation costs this year are an estimated $2.5 billion.

Upgrading equipment, such as burying power lines, is significantly more costly for companies, so vegetation management is an appealing alternative. Burying lines costs more than $2 million a mile.

In previous years, the crews removed downed trees. But now contractors working for PG&E tell homeowners they have to leave larger trees on the ground because the timber is the resident’s property and may have commercial value.

“You just don’t see someone doing a project and leave all the logs on a site. That’s just not normal,” said Angela Bernheisel, a Cal Fire division chief in the Santa Cruz area.

The Andersons said they were still putting out small flareups from the wildfire’s hot spots during the time that the trees were left on their property.

But the practice, known as Whack and Stack, contributed to the 2007 Angora Fire around Lake Tahoe, according to research by Timothy Ingalsbee, executive director of the Oregon-based group Firefighters United for Safety, Ethics and Ecology.

“They are little fire bombs waiting to ignite. They can burn for hours,” said Ingalsbee, a former federal firefighter and wildland fire ecologist.

Cheaper, but Is It Better?

The plight of the Santa Cruz County residents is not the outcome that the legislature envisioned last year when it created the Wildfire Safety Division within the Public Utilities Commission to review and approve the fire-mitigation plans of California electric providers.

With one in ten wildfires caused by utility equipment, it was clear that companies needed to do more to prevent fires.

The new division is trying to hold utilities accountable, but herding large, powerful companies that cling to old practices is daunting. The Wildfire Safety Division approved most of the utilities’ plans this summer with some modifications. And, like a long-suffering teacher attempting to soften the blow, the agency sent along this report card: “Most utilities demonstrate a need for improvement.”

Caroline Thomas Jacobs, director of the new Wildfire Safety Division, is overseeing a department that did not exist before 2019.

“The reality is it was a massive task to undertake. There’s been lots of opportunity to trip up. The proof will be in the pudding,” she said.

Thomas Jacobs said it was clear that most companies’ plans leaned heavily on vegetation management, but the utilities haven’t fully explained why.

“We told them, ‘You guys have to get together and develop a study, and tell us why enhanced vegetation management is the way to go here.’ They need to better articulate how they think through all the alternatives before they decide on a specific mitigation activity. They have to think it through and not just pick the easy button and the cheapest approach,” she said.

In other words, for the first time, the state will require utilities not only to perform more robust fire mitigation work, but also to document what benefit each project would bring.

Because the companies’ plans lack clear metrics for determining their chances of success, the PUC on Thursday extended the companies’ deadline to June for providing the information.

PG&E officials declined to comment about the concerns that they are relying too heavily on cutting trees and delaying the more expensive equipment upgrades.

Other companies also are focusing heavily on fuel reduction projects around their equipment.

‘Made the Fire Hazard Worse’

“We are in the midst of serious debris flow preparation. There is high potential for people whose homes didn’t burn to now be in a danger zone. The water supply for Santa Cruz County is at risk,” said County Supervisor Ryan Coonerty. “If they had worked with the county, Cal Fire and property owners, we could have done this in a safe and effective way. But they have made the fire hazard worse.”

As residents called to complain, Santa Cruz County reached out to the state for help. Cal Fire sent letters to PG&E, noting hundreds of violations of the state Forestry Practices Act, which could lead to millions of dollars in fines. A scorched property overlooks Foreman Creek in Bonny Doon on Dec. 15, 2020. The small community near Santa Cruz was ravaged by the CZU Lightning Complex Fires in August. Photo by Anne Wernikoff for CalMatters

And in late November, the California Coastal Commission sent the company a notice of violation for unpermitted work clearing about six miles of trees in the coastal zone. The agency is working with PG&E so it can obtain the proper permission to construct erosion control measures and stabilize roads damaged by its heavy equipment.

The utility maintains it does not need permits to remove vegetation for fire mitigation work that is mandated by state law.

“PG&E disagrees with the characterization that our tree removal work is illegal. We understand the County, agencies and community concerns regarding this emergency hazard tree removal work and are committed to continuing to address these items with all stakeholders while prioritizing public safety, prompt restoration of electric service and environmental stewardship,” PG&E spokeswoman Mayra Tostado said in an emailed statement.

The company is not alone in running afoul of state agencies while performing fire mitigation work. In November the Coastal Commission fined the Los Angeles Department of Water and Power $1.9 million for similar transgressions.

“PG&E is mucking it up and making things worse,” said Pat Veesart, an enforcement supervisor with the Coastal Commission, which regulates activities in the coastal zone. “Historically they have cleared 65 to 75 feet (from power lines). In this case they have cleared as much as 200 feet, exceeding what would be considered normal power line maintenance. We are very concerned about damage to creeks and erosion.”

Much about firefighting is harsh on a landscape. Apart from the fire’s annihilation, bulldozers and other heavy equipment used to combat fire can reshape and scrape soils and clog waterways, often leaving lasting impacts. Post-fire work also can leave a trail of damage.

“Some of these guys on the powerlines are going for overkill, with minimum supervision and no ecology,” former firefighter Ingelsbee said.

The companies are allowed to pass on the costs of equipment upgrades to ratepayers.

“There is little evidence that clearing vegetation is the most cost-effective approach. They are charging Cadillac prices for a jalopy,” said Loretta Lynch, former president of the Public Utilities Commission.

“It’s not just PG&E — all the wildfire mitigation plans are about their bottom line, not what will mitigate wildfires. The record is really clear: It’s an environmental catastrophe.”

Adding to Heartbreak and Stress

Lad Wallace thought himself lucky: There were 51 homes in his Bonny Doon neighborhood before the fire, and his was one of only 13 that survived. But the privately maintained road leading to his property was destroyed by trucks operated by PG&E’s tree crews, the same crews that came on his property without his permission and left his land strewn with felled trees.

“A couple of years ago PG&E did some tree removal,” Wallace said. “In those cases, they removed everything they cut. This time they cut it and left it where it lay. Getting rid of trees is not an insignificant cost.” Lad Wallace’s home in Bonny Doon survived wildfires in August but he lost his garage and many trees on his property were killed. Photo by Anne Wernikoff for CalMatters

Crews told the Andersons that their trees had commercial value, but no local buyers want Douglas fir, especially since the company “short cut” the logs. The old-growth redwoods they cut were “dropped and left in a messy stack,” said Brian Anderson.

Meanwhile, the couple’s misery mounts. They were grinding their teeth at night and now wear mouth guards. Their doctor prescribed medication for sleep and stress.

“This whole tree issue comes on top of heartbreak and stress from the fire,” Kristi Anderson said. “It’s fighting and bureaucracy all the time, it takes a lot of energy. There is no pocket in anybody’s insurance policy that covers tree debris removal. We can’t afford to move. We have a mortgage. I’m a public school teacher — how do I feel right now? Not great.”