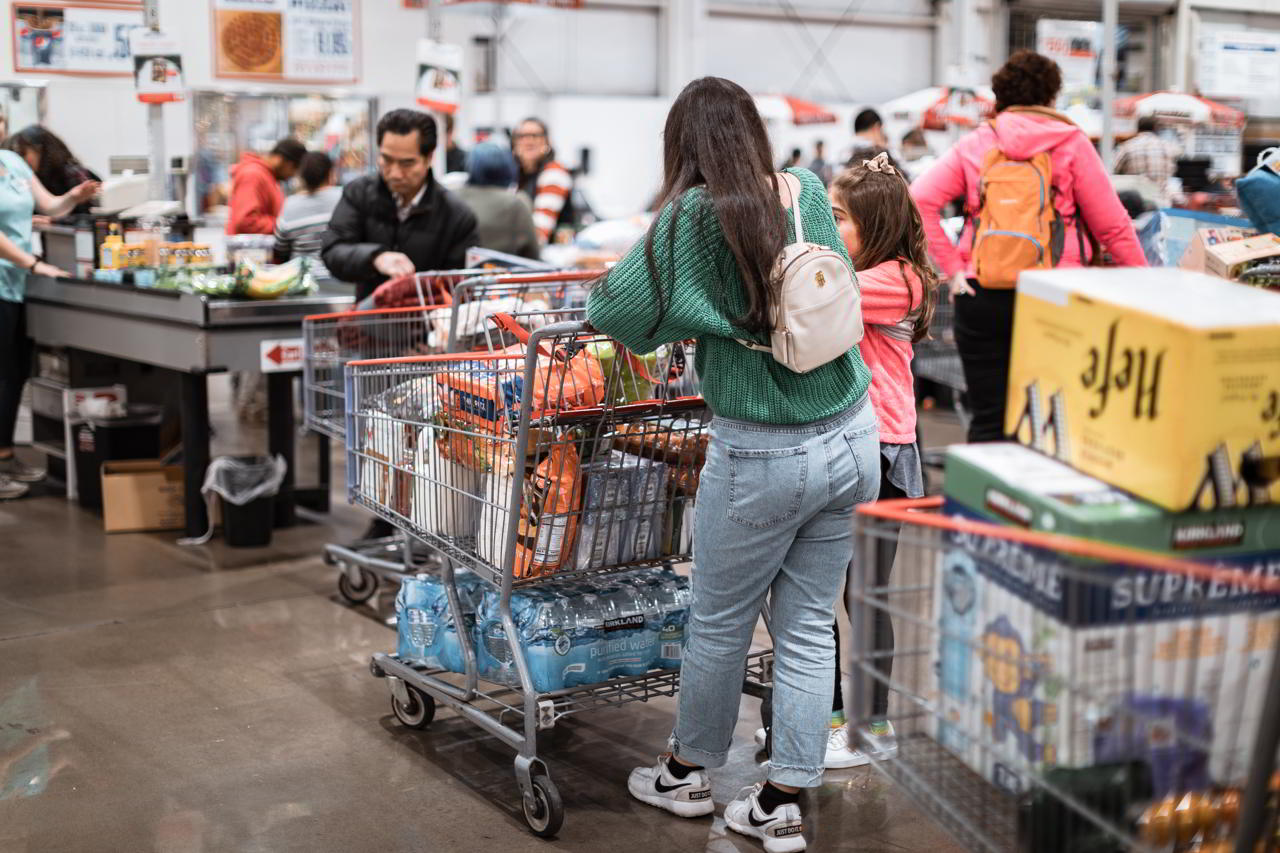 “I never like to rush to judgment,” says Paul Caprioglio.

Garry Bredefeld says, “Lockdowns do not work.  All they do is cause more pain and suffering as we have witnessed for nearly ten months now.”

“I will not support a shutdown of businesses because there is no evidence to show that shutting businesses down is going to actually help change behavior and reduce the ICU numbers,” says Mike Karbassi.

Mayor Lee Brand issued a statement late Tuesday afternoon. “Nothing prevents the spread of a pandemic more effectively than equal doses of common sense and personal responsibility,” said Brand. “We should focus our efforts on convincing everyone to follow these simple requests rather than further punish the people who have suffered the most financial pain.

The emergency ordinance would “completely shut down” all retail businesses in the city of Fresno when intensive care bed capacity in the county reaches zero. The language of the ordinance includes an exception for “medical facilities.”

The ordinance is currently in draft form, but Chavez says it will be ready for an immediate vote by the full City Council should ICU capacity be entirely depleted.

The state of California has repeatedly shown the designated San Joaquin Valley region at 0% of ICU capacity on its COVID tracking dashboard. As of Monday, state data showed Fresno County with 14 ICU beds available.

GV Wire℠ asked Chavez if it was the state’s numbers that would trigger the ordinance, or local bed capacity. “When Fresno County ICU bed capacity reaches 0, that’s when it will be voted on,” said Chavez.

It does not appear Chavez has enough votes to get the order passed. 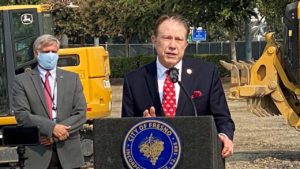 “I never like to rush to judgment.”–Paul Caprioglio, Fresno City Council Member

The ordinance reads in part, “Upon notice to the City of Fresno by the Fresno County Health Officer that the number of available intensive care beds in the County of Fresno has been exhausted and is at zero all retail businesses throughout the city shall completely shut down and be closed without exception for all in-person sales and services for a period of five consecutive days.”

At the end of the emergency shut down, should the ICU bed capacity not improve, the order could be extended for an additional five day period, according to Chavez.

Though the draft ordinance says businesses “shall completely shut down”, Chavez says the ordinance would not preclude businesses from offering curbside pickup.

Related Story: City of Fresno Could Shut All Retail Stores for 5 Days Under New Order Being ... 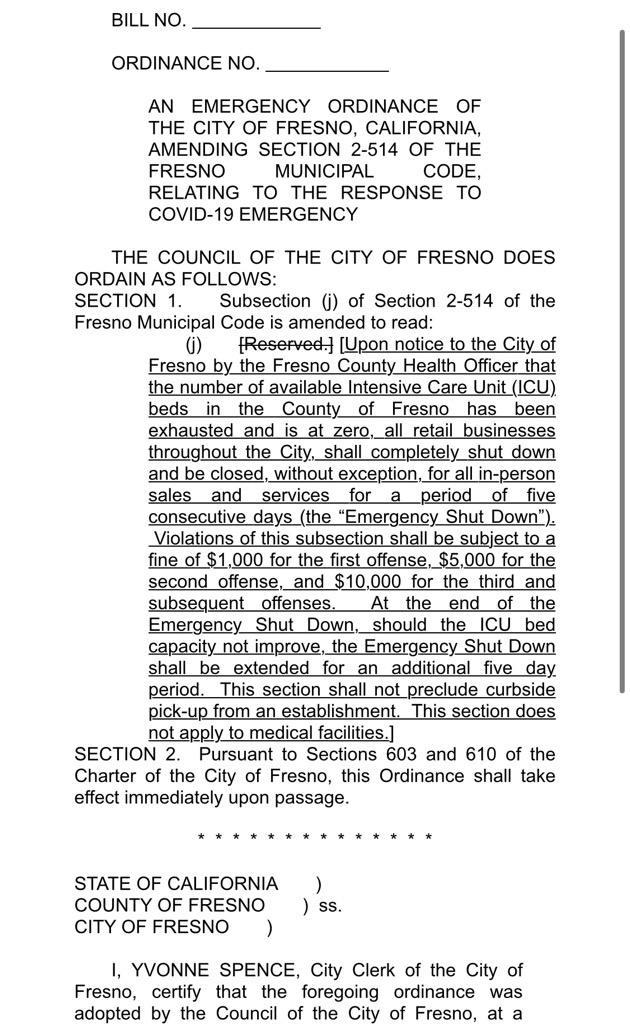 Karbassi says he wants to have actual data in his hands before making any decisions.

“I can’t just make a decision purely based on intuition,” says Karbassi. “I don’t see the five votes (needed for passage) being there.”

Karbassi does agree with Chavez about having conversations about ICU bed capacity and what the council can do to help in that regard.

“We should talk about getting much more vaccine here, getting more resources so that we can free up bed space,” says Karbassi. “Shutting down businesses, that’s just going to depress the economy right at Christmastime and make it worse.”

Caprioglio, who describes himself as a pragmatist, says he hasn’t seen anything that would support a five day shutdown of businesses. “It (if passed) would finish off any businesses that have any hope of surviving,” he said.

Bredefeld amplified the sentiment. “Government has destroyed businesses, lives and livelihoods. These draconian measures must end. They have not stopped the spread of COVID because it’s a highly contagious virus,” says Bredefeld in an email to GV Wire℠.

GV Wire℠ tried contacting SaveMart, Home Depot, Target and Costco for a response to the proposal. None of the companies responded by the time of publication.

“Today, there are nearly 400 COVID positive patients we are treating in our hospitals, there will likely be more tomorrow, and the day after,” Dr. Thomas Utecht said. “Every heart-wrenching hour we try to save another patient with everything we have. Sometimes it’s enough. And sometimes it’s not.”

Utecht focused on a number of points as he urged residents to take steps to slow down the surge of cases, saying: 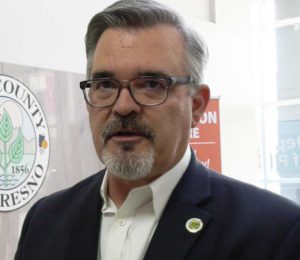 “We are in a dark period requiring all of us to be super vigilant in following COVID safety rules and recommendations.”– Fresno County Administrative Officer Jean Rousseau

Fresno County Administrative Officer Jean Rousseau says there is significant concern about hospital systems being overwhelmed in the upcoming weeks.

“We are in a dark period requiring all of us to be super vigilant in following COVID safety rules and recommendations,” says Rousseau in an email to GV Wire℠. 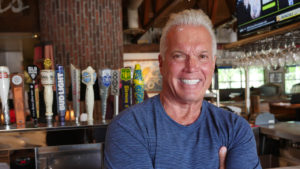 “I think they need to go to the source of the problem versus taking it out on businesses.”–Dave Fansler

Although not included in the most recent proposal, Fresno restaurant owner Dave Fansler doesn’t believe it’s the right approach.

“I think they need to go to the source of the problem versus taking it out on businesses,” said Fansler, who owns Pismo’s Coastal Grill, Westwoods BBQ, and Yosemite Ranch.

Fansler recently filed a lawsuit against the city of Fresno by way of high powered local attorney Warren Paboojian. He claims his businesses were singled out and were unfairly denied approval for outdoor dining. Fansler says he went above and beyond the efforts of other restaurants to prevent the spread of COVID-19, but says the city did not agree.

He says his restaurants have lost between 80%-85% of their normal revenue, forcing him to lay off 200 employees.

“You’ve got a complete discrimination against people that own restaurants with alcohol licenses,” Fansler tells GV Wire℠. He claims there many other restaurants in Fresno that aren’t being cited as his have been.

According to the Fresno City Attorney’s office, Fansler’s restaurants have not incurred any fines during the pandemic, though the have received written warnings and verbal notices.

Fansler’s lawsuit challenges, “the Constitutionality of Defendant’s unequal and selective enforcement of those State Orders.”