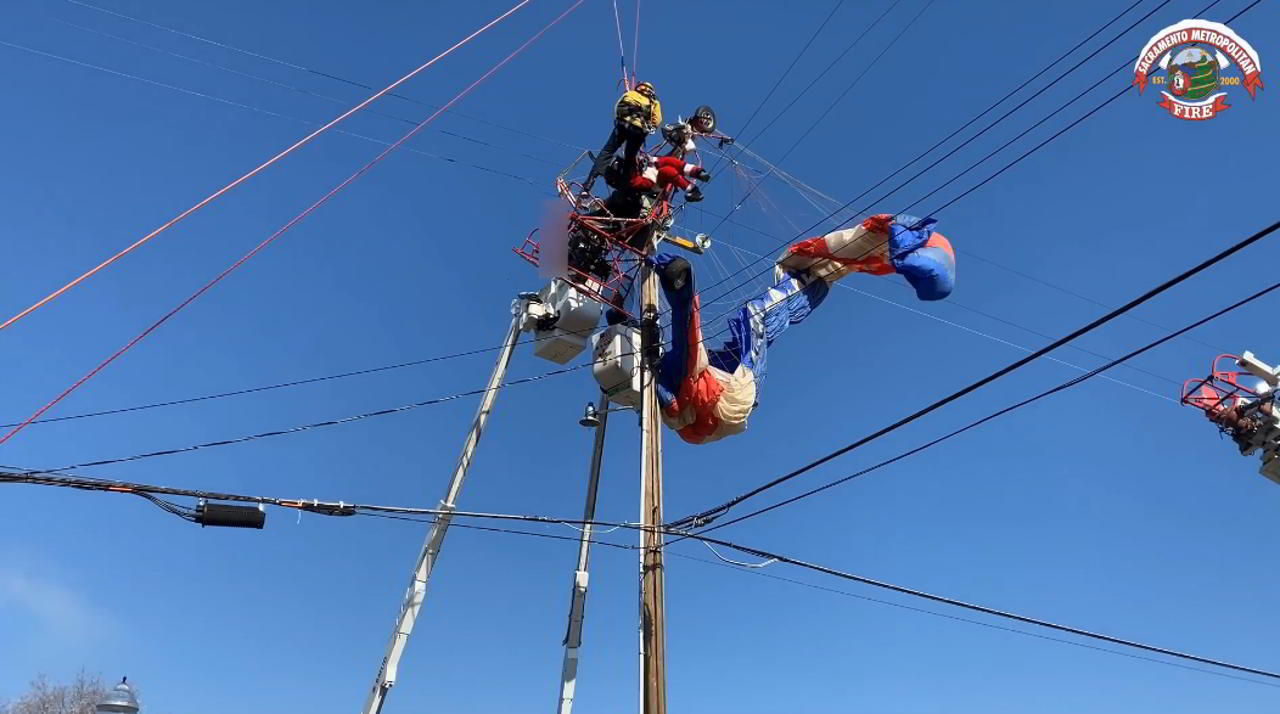 RIO LINDA, Calif. – A man dressed as Santa Claus got tangled up in some power lines over the weekend after crashing on his powered paraglider.

Authorities say the man took off near a school in Sacramento County and that soon after his motor went out.

The power was shut off to about 200 customers in the Rio Linda area as crews worked to bring the man down.

The rescue took about an hour, and the man was not injured.

“The pilot had a mishap,” said Chris Vestal with the Sacramento Metro Fire Department. “He was actually doing something real good for the community and in 2020 it’s something we all need. He was trying to deliver candy canes to kids who were playing throughout the community so we commend him for that.”