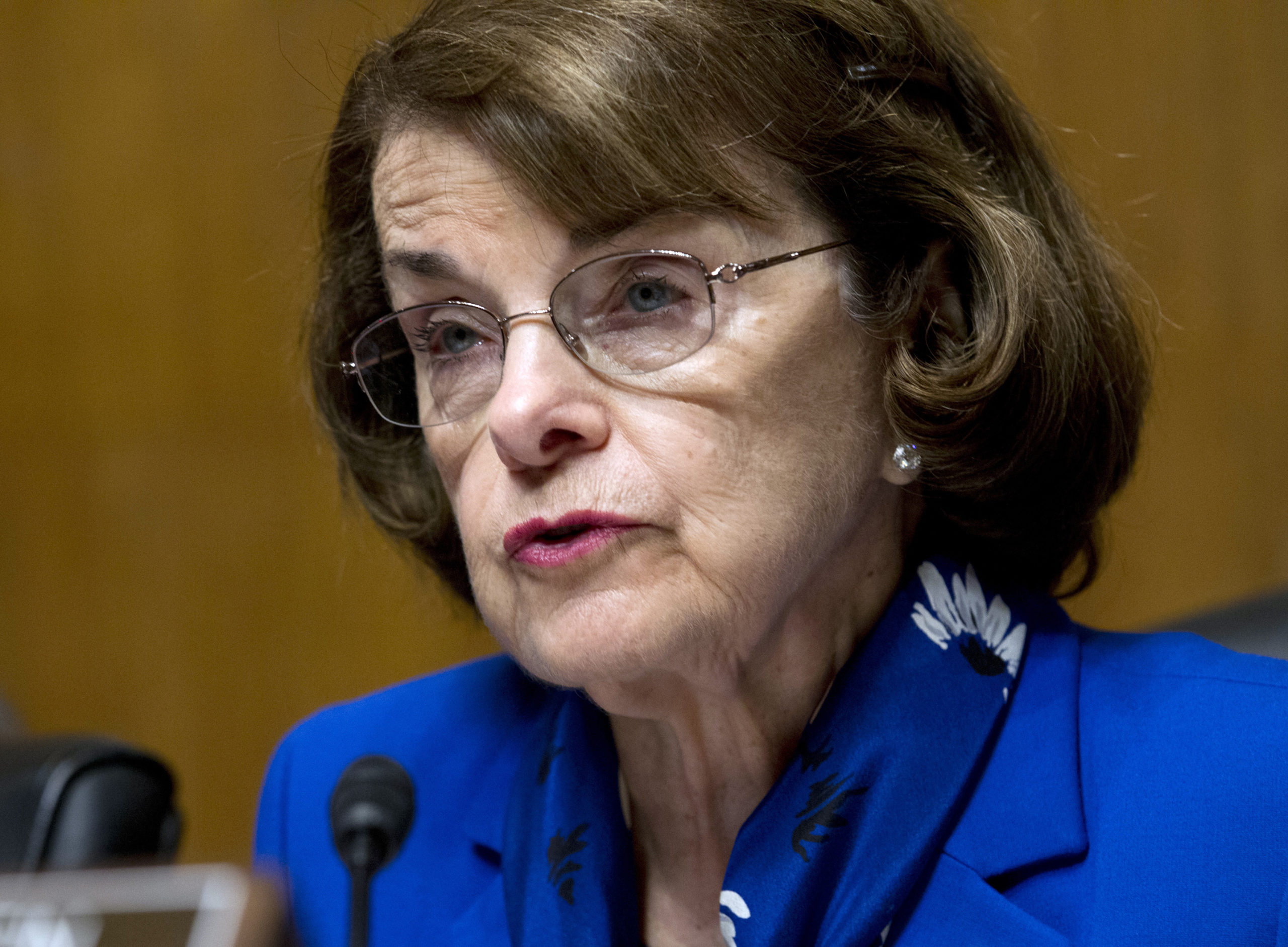 Among the more than $110 billion in unemployment benefits California has paid this year to people who lost their jobs because of the coronavirus, $21,000 went to a claimant using the name and Social Security number of U.S. Sen. Dianne Feinstein.

The Bank of America, which contracts with the state to provide benefits to people on debit cards, flagged the claim for possible fraud. Federal investigators later found at least $2 million worth of fraudulent unemployment claims had been filed from a Roseville address, and were all linked to a woman who once worked for the state Employment Development Department until she was fired in 2018, they said.

“Think about this for a minute: EDD issues a debit card to Senator Dianne Feinstein! How does that happen?” Assemblyman Jim Patterson (R-Fresno) said Thursday.

“I’ll tell you how, EDD is complicit in the fraud by mailing out Social Security numbers to scammers; or they are utterly incompetent by not even checking eligibility before they issue the debit card. Either way, EDD has aided and abetted the fraud,” Patterson said.

Thursday, prosecutors announced the arrest of 43-year-old Andrea M. Gervais for mail fraud, part of its investigation into widespread fraud in the state’s distribution of unemployment benefits. Federal prosecutors also announced the indictment of three other women — including a prison inmate — for a similar scheme totaling more than $295,000 in fraudulent claims.

California has processed more than 16 million unemployment benefits since March, a byproduct of the pandemic that has prompted Gov. Gavin Newsom to order businesses to close. The Employment Development Department has struggled to keep up with the demand, facing intense pressure to work through a backlog that at one time numbered more than 1.6 million people.

But the agency’s haste to approve claims, coupled with expanded benefits Congress approved with few safeguards, has made it much easier for criminals to game the system. The department has not said how many of its record-setting claims were fake. But last week, the Bank of America told state lawmakers it had identified about 345,000 fraudulent claims worth about $2 billion.

In addition, the state says it has paid about $400 million in the names of prison inmates. Prosecutors said Thursday that includes 36-year-old Sholanda Thomas, an inmate at the Central California Women’s Facility in Chowchilla. An indictment filed Thursday accuses Thomas of conspiring with a former prisoner, 37-year-old Christina Smith, to file fraudulent unemployment claims.

According to the indictment, Thomas gathered the names, dates of birth and Social Security numbers of at least five other inmates and gave them to Smith, who then filed fake claims saying the inmates had worked as carpet cleaners, hair stylists, mechanics and store clerks before losing their jobs because of the pandemic.

Smith later used the money for plastic surgery, and kept a portion of it in a shoebox to give to Thomas once she completed her sentence, according to a news release from U.S. Attorney McGregor Scott.

“This theft of taxpayer dollars intended to assist our citizens in a very difficult economic time simply will not be tolerated,” Scott said.

It’s unknown if Smith and Thomas have attorneys. Gervais was arrested Tuesday and released on Wednesday following an initial court appearance. Her attorney did not return a call seeking comment. All three face up to 20 years in prison if convicted.

In San Diego, federal prosecutors charged a former Employee Development Department call center agent with conspiring with her boyfriend — in prison on a sentence of 94 years to life for murder — to file fake unemployment claims using the names of state prisoners and other stolen personal information.

U.S. Attorney Robert Brewer said Nyika Gomez, 40, is charged with fraud and identity theft for her part in the scheme, which he said involved sending some of the fraudulent benefits to inmates by transferring the money to their prison accounts.

“Fraud related to COVID-19 is particularly disturbing as it exploits a national crisis for personal gain,” Brewer said.

Expected to be First of Many Charges

The charges are expected to be the first of many as investigators continue looking into fraudulent claims at the department. The cases announced Thursday were investigated by the U.S. Department of Labor’s Office of Inspector General, the FBI, the U.S. Postal Inspection Service and the California Employment Development Department.

“EDD has enhanced its fraud detection and prevention tools to ensure only valid claimants receive timely benefits,” Nancy Farias, chief deputy director of external affairs for the Employment Development Department, said in a news release. “We will work with law enforcement to hold those accountable who seek to defraud the unemployment system.”