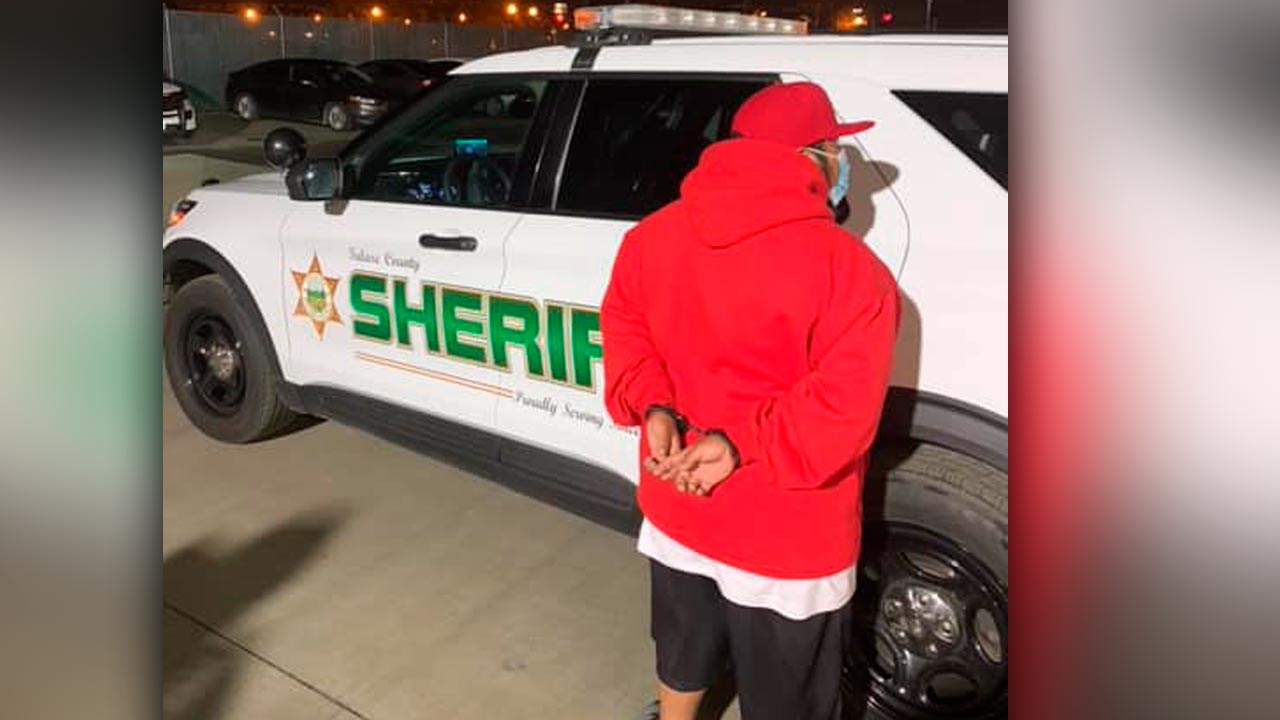 A 16-year-old suspect was arrested Wednesday in connection with the killing of a store clerk in the Tulare County town of Waukena, the Sheriff’s Office said in a Facebook post.

The victim was Manuel Martin, co-owner of the Waukena Market in the small community east of Corcoran. He was shot to death Monday night during an attempted robbery at the store, officials said. Sheriff’s deputies responded to the scene after receiving multiple reports of a male with a gun at the location and then a 911 call reporting a shooting.

On Wednesday, detectives learned that a suspect was inside a home in Richgrove, east of Delano. After conducting surveillance, they served a warrant and arrested the teenager without incident, Sheriff’s officials said.

An image posted to the department’s Facebook page shows a male, wearing an ankle monitor, in handcuffs by a patrol car. Other photos show Sheriff’s office SWAT vehicles and officers active in a residential neighborhood.

One other suspect remains at large, according to the Sheriff’s office. Anyone with information about the case is urged to call detectives at 559-733-6218.