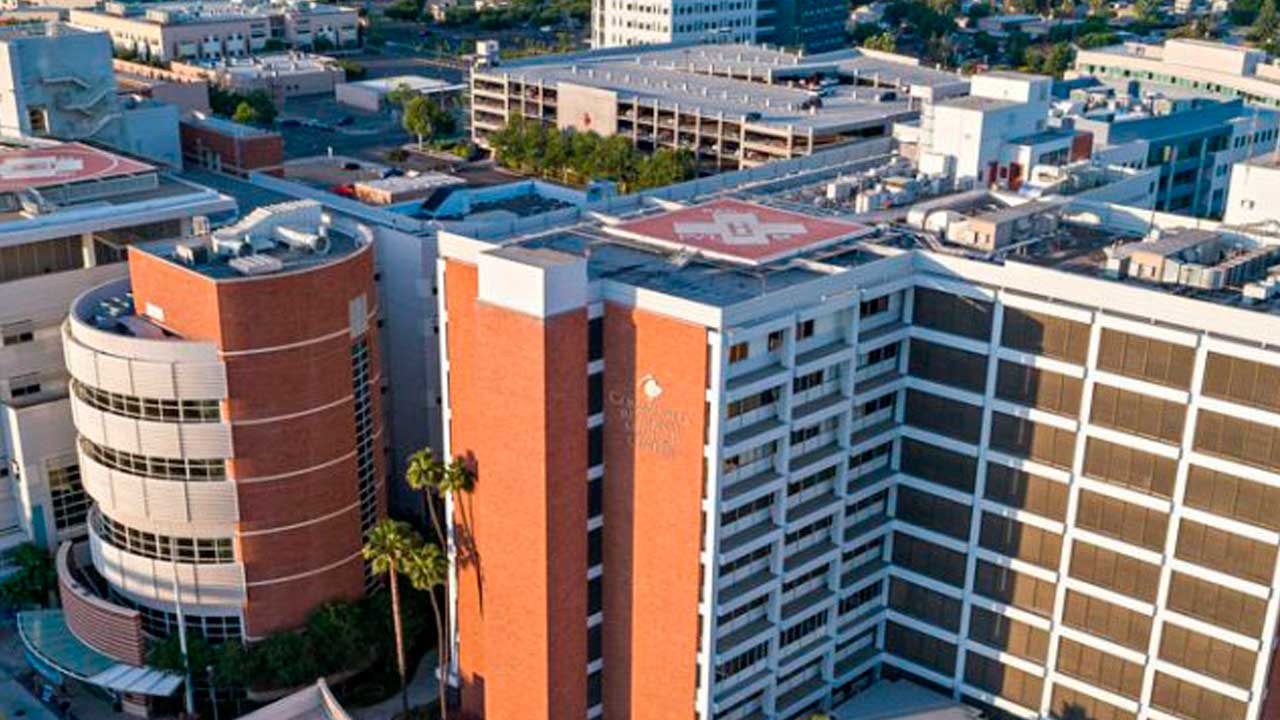 Hospitals are filling up so fast in California that officials are rolling out mobile field facilities and scrambling to hire more doctors and nurses to prepare for an expected surge in coronavirus patients.

Fresno’s Community Regional Medical Center is rushing 50 beds into a building near the hospital and bringing in medical staff from outside the state to help staff the makeshift ward beginning Friday.

“We’re preparing for that moment when we say we need to start using up these other spaces because we’re running out of space in the hospitals to put people, and we’re just hoping that we have enough resources to match the needs,” Vohra said.

Fresno County’s 1 million residents are under a stay-home order that started last weekend when the San Joaquin Valley’s regional ICU capacity dipped below 15%. On Tuesday the region’s ICU capacity was at 1.6%, state officials said.

Meanwhile California is distributing 5,000 body bags mostly to the hard-hit Los Angeles and San Diego areas and has 60 refrigerated trailers standing by as makeshift morgues in anticipation of a surge of COVID-19 deaths, Gov. Gavin Newsom said Tuesday.

The number of average daily deaths statewide has quadrupled from 41 a month ago to 163 now, while positive cases have surged to more than 32,500 each day. Of those new cases, an anticipated 12% will wind up in the hospital and 12% of those hospitalized will crowd already stretched intensive care units.

That means one day’s worth of cases in California can be expected to produce a staggering 3,900 hospitalizations and nearly 500 ICU patients.

“We are in the middle of the most acute peak,” Newsom said, urging residents to take precautions to slow the spread.

At the Meeting Where Chau Spoke, Dozens of Residents Didn’t Wear Masks

Dr. Clayton Chau, the county’s public health officer. told the county’s Board of Supervisors that “emergency rooms have no capacity to triage people as quick as they can.” He pleaded with residents to avoid gathering with people from outside their households.

“I have never been so afraid of Christmas and New Year’s in my life,” Chau said. “I can’t imagine what it would be like after the holidays if people are not listening.”

At the meeting where Chau spoke, dozens of residents didn’t wear masks and demanded businesses be allowed to reopen.

To the north, Santa Barbara County Public Health Director Van Do-Reynoso said in a statement the county is “reaching a point where we can see on the horizon our health care system being overrun. We must take immediate action as our decisions are now seeing the price to be paid, and it is costing the lives and wellbeing of our community members.”

The surge in cases throughout much of California is forcing an urgent scramble for more staff and space, a crush that Newsom and the state’s top health official said might not abate for two months despite the arrival of the first doses of vaccines this week.

The surge already has prompted an easing of normal nurse-to-patient ICU ratios and quarantine standards for health care workers, and the opening of more alternative care facilities. State officials are reaching out to the Department of Defense and overseas staffing services for desperately needed medical workers.

The California Nurses Association denounced reducing the ratio of ICU nursing care, saying in a statement that it “will inevitably lead to more patient, nurse, and other health care worker infections and deaths.”

Newsom said it is part of “a very dynamic effort” to get more staffing, particularly in intensive care units.

Newsom announced a new shutdown order nearly two weeks ago that is based on ICU capacity. Nearly the entire state now is under the most severe restrictions.

Newsom Said That Nearly 394,000 More Doses of Pfizer Vaccines Could Arrive in California Next Week

California has brought in 507 extra staff and deployed them around the state, though most don’t have the skills to help in ICUs. The state is seeking a total of 3,000 contracted medical staff.

“Two weeks from now we are concerned about what our ability to provide the same level of high quality care will be,” said Dr. Mark Ghaly, California’s secretary of health and human services. He said hospitals have been planning for the worst, including updating what are called “crisis care guidelines” in case they must start triaging which patients get what level of treatment.

“Hospitals are in a very challenged situation right now,” said Carmela Coyle, president and CEO of the California Hospital Association. “That will only get worse, and potentially far worse in the next 30 days or so.”

In a rare bit of good news, Newsom said that nearly 394,000 more doses of Pfizer vaccines could arrive in California next week on top of the nearly 328,000 doses being distributed at 33 locations this week.

Even the joyful first inoculations at one of Northern California’s biggest hospitals were tinged with sadness Tuesday.

Eva Teniola, 47, a clinical nurse in the University of California, Davis Medical Center’s emergency department for the last 10 years, called it the “hero vaccine” as she spread her arms wide upon becoming the hospital’s first employee to receive the vaccine. She said she’s never seen anything as bad as the coronavirus, which has forced people to die without their families by their sides.

“These past few weeks, it’s really different,” she said, adding that she can see the toll on her colleagues’ faces. “It’s like burnout. We get tired, you know … the pressure, the stress.”