Search
SHARE THIS ARTICLE:
[Update 12/10/2020: the Fresno City Council approved declaring Selland Arena, Valdez Hall and the surrounding parking lot as surplus property by a 7-0 vote on the consent calendar. There was no discussion. Original story:]

Professional soccer will return to the Central Valley, with a possible stadium at the current parking lot in front of Selland Arena.

Fuego FC will play in the USL 1 league starting 2022 as an expansion franchise, team officials tell GV Wire℠. The team is eyeing two locations to build a soccer stadium — downtown Fresno or in Madera County near Valley Children’s Hospital.

“We’re working diligently to get one of them across the finish line,” team president Chris Wilson said. “The goal would be to build a 5,000-seat stadium in the (Selland  parking lot.”

The Fresno City Council is taking the first step allowing for the sale of Convention Center land at its meeting on Thursday. The council will vote on declaring Selland Arena, Valdez Hall and the adjacent surface parking lot as surplus property.

The action would not include Saroyan Theatre, the new convention center, the parking garage or the Cosmopolitan Tavern and Italian Grill — which is at the corner of the Selland lot. 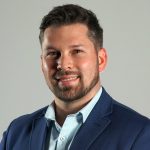 “We’re working diligently to get one of them across the finish line … The goal would be to build a 5,000-seat stadium in the (Selland) parking lot.” — Fuego FC president Chris Wilson

The Fuego, with roots dating back to 2003, are returning as a professional team.

The owners are the Ruelas family, who own several local businesses that cater toward the Hispanic market.

“The Central Valley is rich in tradition and talent and is a region that deserves professional soccer,” owner Juan Ruelas said in a news release. “The Fuego represent not only a brand of futbol but also a way of life. The people in this valley are bold, hardworking, and have an unparalleled burning desire to be great. We are proud of our diversity and deep roots. Dale Fuego!”

The team will sign and develop its own players, who could later transfer (through the sale of their contracts) to other teams.

“One of our our main goals is local player development. We feel like we can field the team made up of of largely local players and compete at a high level in this league,” Wilson said.

USL 1 is considered a third-division league, equivalent to the Double-A level in minor league baseball. It currently operates with 11 teams, with planned expansion over the next few seasons.

The Fuego will also develop a new logo.

“We’re inclusive that this is a community developed project. We’ve been spending the last six months taking advice from those who who built Fuego from the very beginning with hopes to have them help us elevate this to a new place where the Fuego never been before,” Wilson said.

Plans also include adding a women’s team, an amateur team (which would play in USL 2) and a soccer academy.

Tony and Francisco Alvarez, who owned the Fuego team in the past, are helping advise the new version of the franchise.

State law requires affordable housing builders and other public entities to have the first right to purchase the Selland site. A law that went into effect last January, AB 1486, requires the city to notify state and local agencies, along with affordable housing developers, about the sale.

“The state law outlines that we must first consider a use for housing must first be prioritized and any applicant wishes to build housing on the property,” Fresno City Council President Miguel Arias said.

Other public entities would have a second shot at the property, before it can go to the private sector. Arias said the Fuego are the only private group to express interest thus far.

If the city decides to sell to the private sector, it does not necessarily have to go to the highest bidder.

“We’re allowed under the law to be award it to the best fit,” Arias said, “whoever is going to do the best use for the property, for the city’s interest.” 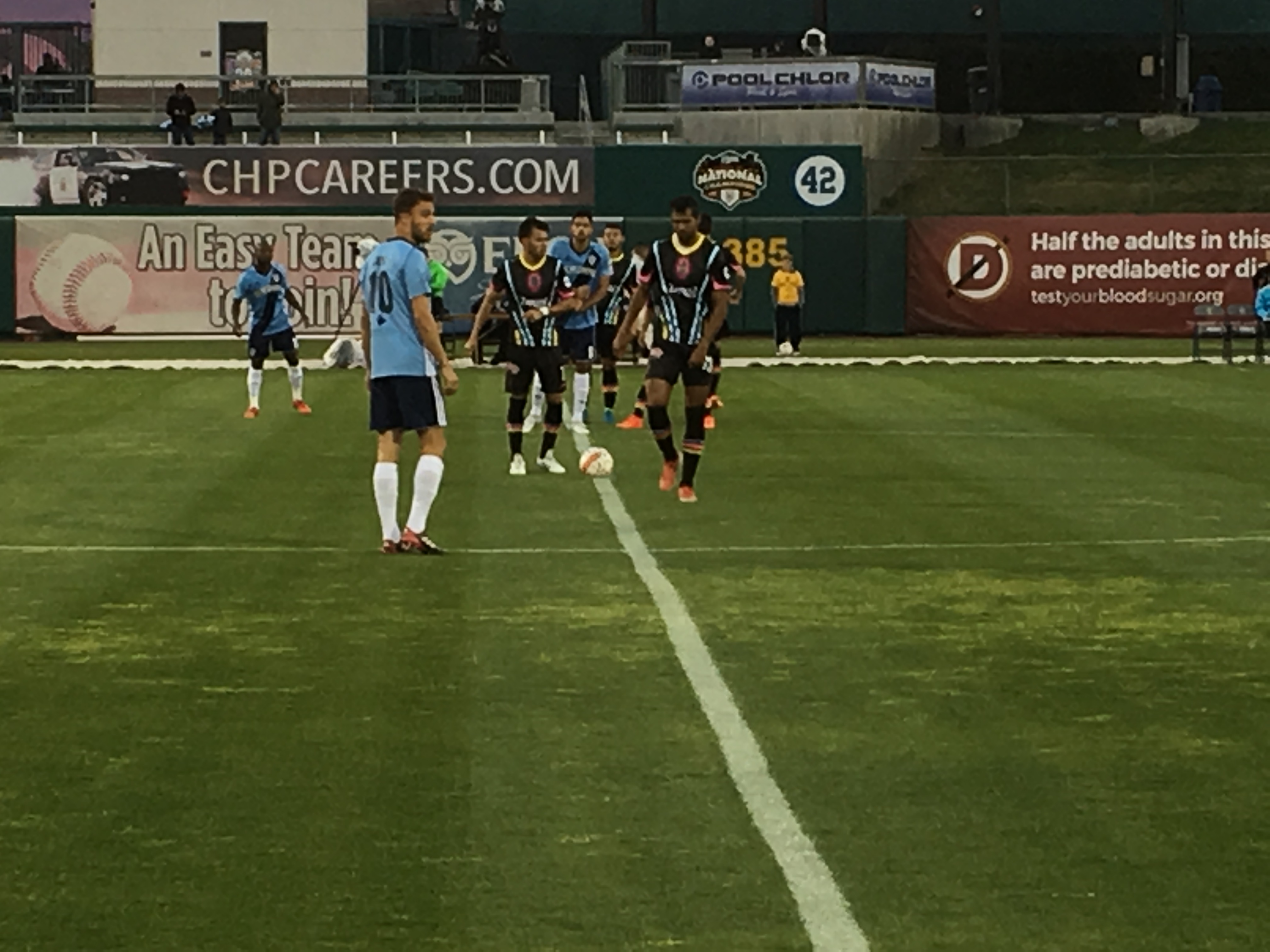 “My preference is obviously to turn that into a entertainment hub for soccer. I believe the demand throughout the Valley is for us to have a soccer team downtown,” Dyer said.

Dyer envisions the Fuego turning the area into a “soccer magnet” for tournaments and development.

Arias isn’t committing yet as to what he prefers to see, either a soccer stadium or housing. He wants to see the “best return on investment” and a project in the “best interest” of downtown revitalization.

Dyer thinks there is plenty of land for housing in and around downtown.

“I anticipate downtown housing to go from 3,000 to 10,000 residents. We’ve been working with some developers and investors to ensure that that does happen as well as Blackstone Avenue,” Dyer said.

Kelli Furtado, an executive with the Fresno Housing Authority, said that agency is “not evaluating the Selland Arena site for an affordable housing development.”

Wilson, the Fuego’s president, said the team plans to build a modular stadium, with the Selland parking lot offering just the right amount of space. He compared it to the stadium of Phoenix Rising of the USL Championship league.

“It’ll be a very similar look to that. (It won’t be) identical because it’s on a different footprint, but similar style — modular seating with a tip-down seating, VIP space, a supporter section and kind of a general admission section on each of the sides,” Wilson said.

He had no estimation on a cost, but said Phoenix spent $7.5 million to build its facility.

The team would keep Selland Arena and Valdez Hall standing, with improvements.

“The ideal scenario would be to turn that area into a soccer hub — futsal courts, nightly indoor soccer spaces and utilize it on on a daily basis, not just game day. So we want to create activity there on that 365 days a year situation,” Wilson said. 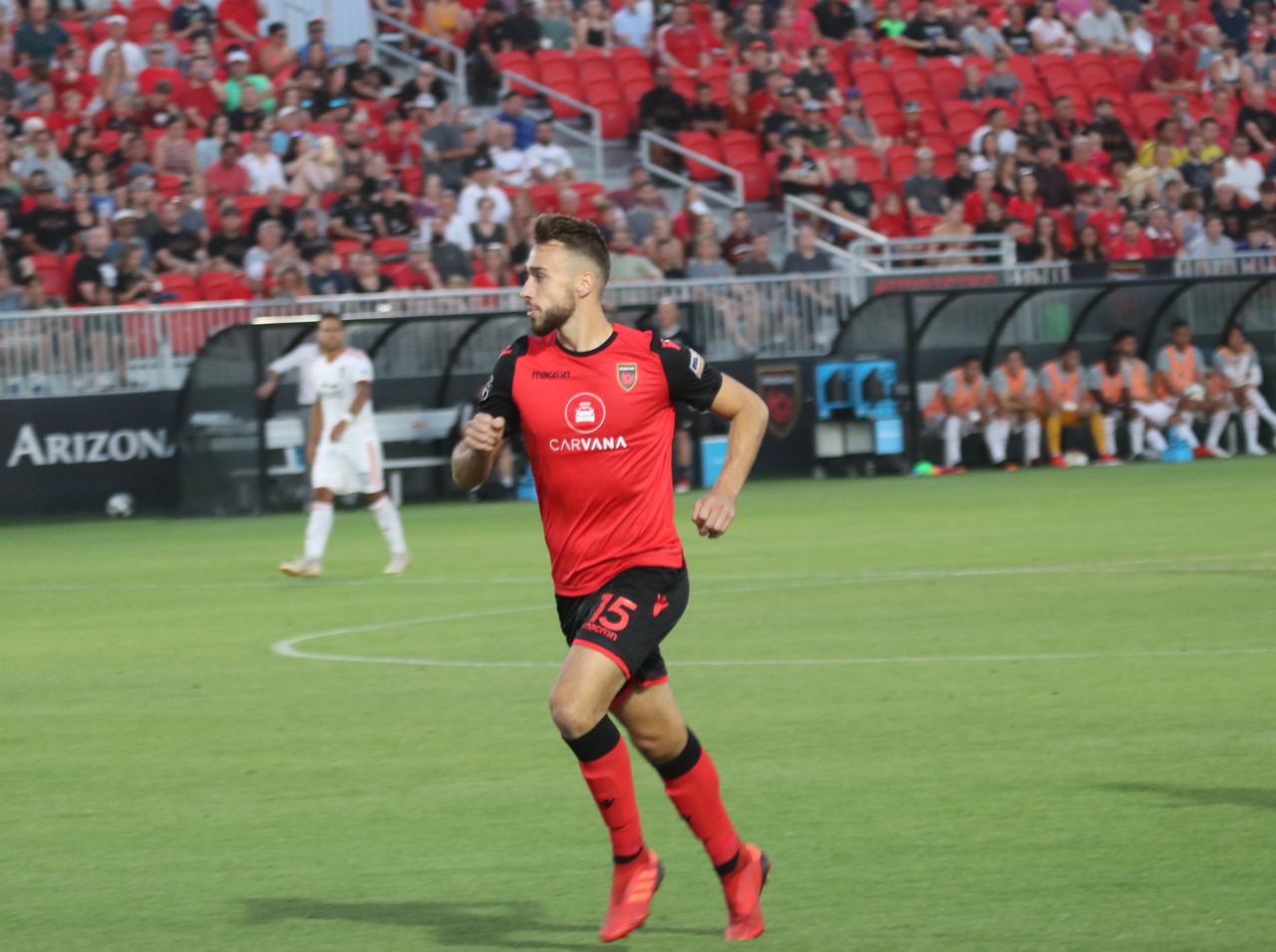 Chukchansi Park Not an Option

Fresno lost its professional soccer team — Fresno FC, also known as the Foxes —following the 2019 season. The team played in the USL Championship league, at the Division II level (one step below Major Soccer League).

Owner Ray Beshoff announced he was moving the team to Monterey, partly because the team could not find a permanent home in Fresno. However, the team stayed dark for the 2020 USL season.

“It’s pretty clear the writing’s on the wall that a professional team renting a facility for 17 days a year, 1) that doesn’t make any business sense; and 2) it doesn’t provide any place for development. With our main goal being local player development, we need a place to to utilize 365 days a year for training, development, camps, clinics, field usage,” Wilson said.

Even without the Selland site, the team plans to move forward with building a soccer facility at the Madera County location. The stadium could be built there as well.

Selland Arena was built by the city in 1966 with the Fresno State Bulldogs basketball team as its main tenant. When the Save Mart Center opened in 2003, the Bulldogs and many top concerts and sports acts moved to the new arena.

The city pays management company ASM Global $145,000 a year to take care of the properties that make up the Fresno Convention Center (Selland Arena, Valdez Hall, along with the Saroyan Theatre and Convention Center).

It still costs at least $1 million annually to operate.

“Every year we’re losing revenue in the (facilities’) operations. The area has become far more dire with a complete shutdown,” Arias said.

A Brief History of the Fuego

The prior incarnation of the Fuego operated as an amateur development team playing at Chukchansi Park and other Central Valley locations.

The team’s owners — which included the Alvarez brothers, the Marquez brothers and Chris Cummings, then owner of the Fresno Grizzlies, sold to Beshoff.

The new Fuego, along with the USL, bought the club’s name back from Beshoff.