TJ Cox said he called David Valadao to concede the congressional race for the 21st District.

“I hope Mr. Valadao goes back to Washington humbled by his 2018 loss and has learned he can’t discount communities like Arvin, Lamont, and Mendota, places that went without visits from their congressional representative for years,” Cox said. “I hope he will indeed deliver results for the Central Valley, which desperately needs a strong advocate in Washington.”

The AP called the race in Valadao’s favor last week.

Cox Cites Coronavirus for the Loss

In his concession email, Cox cites COVID-19 as a reason he couldn’t campaign as effectively.

“Unfortunately, this year due to the Coronavirus, we weren’t able to engage in door-to-door personal canvassing and the election results reflected that,” Cox said.

Cox expressed pride in his two years in office, introducing 27 bills, and passing the Dream and Promise Act.

The campaign saw both candidates bruise each other with negative ads — some from the candidates themselves, and several from outside groups. During their lone televised debate, Cox tied Valadao as President Donald Trump’s yes man.

“I am also very proud of the campaign we’ve run. We didn’t engage in gutter politics. We took our message directly to the people, many of whom never knew they could have a strong voice in their federal government,” Cox said.

Could Valadao–Cox III be in the works? Both men have filed paperwork with the Federal Election Commission to run in 2022.

Despite voting unanimously to a approve a change order that added $2 million to its animal shelter project, members of the Fresno City Council expressed reluctance on how the additions will be financed.

The proposed site is just north of Fresno Yosemite International Airport. Contractors Northstar General and Quiring General agreed to build the facility — which will shelter up to 15,000 dogs and cats —for $14.5 million. According to city documents, it is set to open by July 2021.

City planners asked the contractors to include more items like a security system, X-ray machines and other medical equipment. They said it made more sense for the shelter to be built with those amenities.

Mayor Lee Brand said the extra expenses would be folded into a $22 million bond to help pay for the project.

“It makes sense to incorporate those kinds of cost,” Brand told the council. “Putting this equipment in the bond itself makes a lot of sense because you’re amortizing over a low interest rate because the city has a good credit rating.”

“We need to be very cautious and prudent with the taxpayer money,” Soria said.

Public works director Scott Mozier responded, saying the program is on track and on budget, not seeing a need to hire a consultant.

Council President Miguel Arias wondered if it is wise paying for equipment that would last only a few years with a bond. Brand said it is.

The Fresno City Council held its third discussion in closed session to discuss the fate of the Fresno Grizzlies. The team faces a Major League Baseball-mandated change from the highest level of minor league baseball — Triple-A — to its second-lowest, Low Single-A. No official council decision was announced.

MLB initially gave the Grizzlies’ owners a Nov. 30 deadline to decide — Single-A and drop any threatened litigation or not be affiliated with a Big League team. That deadline was relaxed, and a decision about affiliates could come next week.

Two more City Council discussions are scheduled for next week.

One minor league team announced because they lost their MLB-affiliation, they are folding and suing. The Staten Island Yankees, the short-season Single-A affiliate of the New York Yankees, said they can’t continue without being associated with a Big League club. They team filed a lawsuit against the Yankees and MLB for false promises. 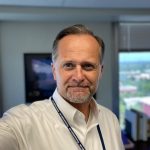 Fresno County has made a conditional offer to its HR director Paul Nerland for its new Chief Operating Officer position. The job will be number-two in the administration behind County Administrative Officer Jean Rousseau. The Board of Supervisors will make it official on Dec. 15 when it votes on a salary resolution.

Rousseau made the announcement during the board’s Nov. 24 meeting.

Fresno City Manager Wilma Quan applied for the job and interviewed with the board, but was not offered the position. She will leave her position with the city when Mayor-elect Jerry Dyer takes over Jan. 5. He already named former city administrator Tommy Esqueda as his new city manager.

A native of Calgary, Alberta, Canada, Nerland has worked with the county since 1997. Because he is the HR director, he did not participate in the hiring process. His assistant staff helped out in that regard.