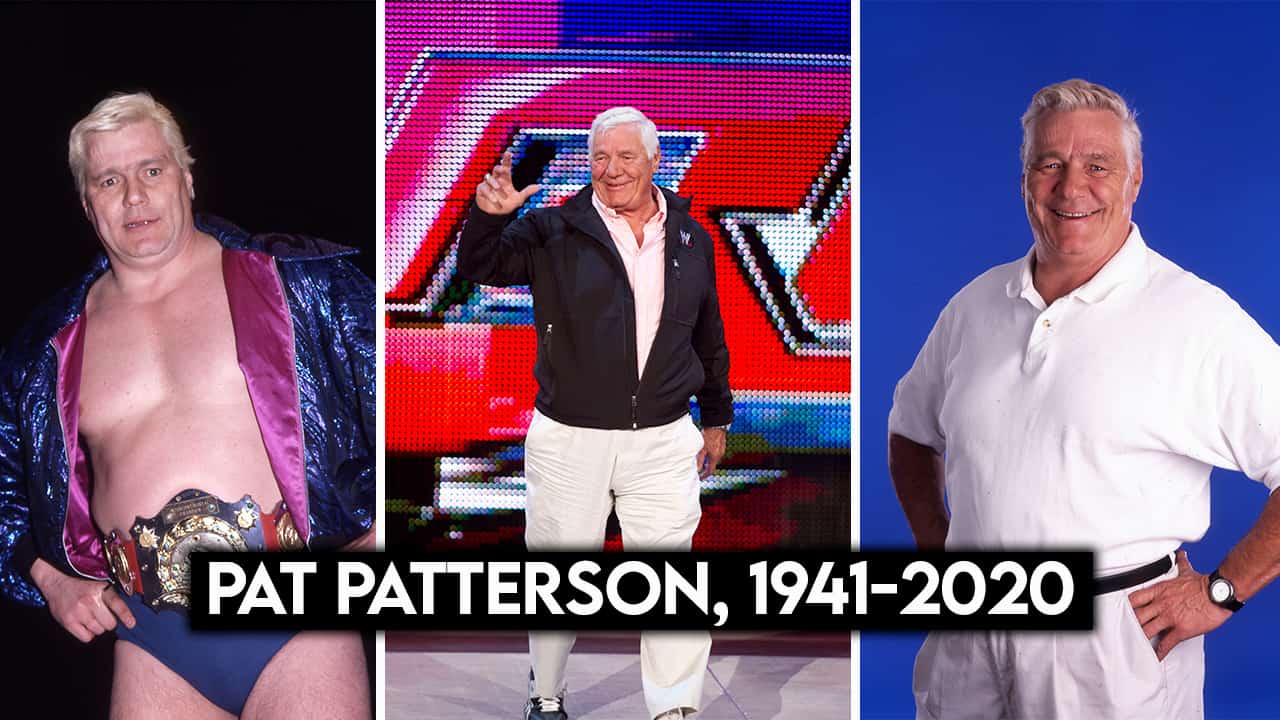 Long before Pat Patterson became the creative genius behind the WWF/WWE, he was a main event wrestler in California. That included topping the cards in the 1970s in Fresno.

Patterson died at the age of 79, the WWE announced on its website.

Revered by his contemporaries for his ability to excel at the psychological aspect of wrestling, Patterson became the right-hand man for WWF (what the WWE was called prior to 2002) impresario Vince McMahon during the heyday of the 1980s and 1990s.

“Pat Patterson was more than the first Intercontinental Champion & father of the Royal Rumble Match. He helped lay the foundation for WWE as we know it. His mentorship shaped careers, his creativity sparked innovation and his friendship lifted spirits. Love you, Pat. We miss you,” McMahon wrote on Twitter.

Patterson was known as the “finish guy,” with the ability to come up with any way to conclude a match. Before formal script writers for the WWE, Patterson would meet with McMahon at the latter’s poolside to format the weekly TV shows seen worldwide.

Pat Patterson was more than the first Intercontinental Champion & father of the Royal Rumble Match. He helped lay the foundation for WWE as we know it. His mentorship shaped careers, his creativity sparked innovation and his friendship lifted spirits. Love you, Pat. We miss you. pic.twitter.com/TugpAOrN6O

Wrestling his first match in 1958, Patterson emerged from his home in Quebec to become a star in the wrestling world. He started in Boston and eventually went from territory to territory building his name.

By the mid-1960s, Patterson became a star for the Big Time Wrestling based out of San Francisco and promoted by Roy Shire. Fresno was one of the cities Big Time stars wrestled in.

Dave Meltzer, who grew up in the Bay Area watching Patterson and publisher of the Wrestling Observer Newsletter, said Fresno was the number-three market for Shire — behind San Francisco and Sacramento.

“I’d say Patterson would be one of the biggest stars in Northern California wrestling of the territorial era.  Ray Stevens was clearly No. 1,” Meltzer said. “Patterson came in 1965 and immediately was made Stevens tag team partner as the Blond Bombers.  After Stevens turned babyface, they feuded and drew some of the biggest crowds of the era.”

In addition to headlining the Cow Palace and other arenas in the Shire territory, Patterson became a student of the business end. He credits learning from Shire for his success later in the WWF.

“Patterson became a babyface in 1972 after Stevens left and carried the territory for five very successful years.  You can say that the decline and fall of the Shire territory was largely due to Patterson leaving,” Meltzer said. A Star of TV and Arenas in Fresno

“When I was about 9, we’d watch Pat Patterson and others wrestle at Channel 47 studios for free when station was on Shaw. It was then Big Time Wrestling and would tape on Wednesday evenings and show it on Fridays. We’d sit in front row and make silly faces,” Boren wrote on Twitter.

When I was about 9, we’d watch Pat Patterson and others wrestle at Channel 47 studios for free when station was on Shaw. It was then Big Time Wrestling and would tape on Wednesday evenings and show it on Fridays. We’d sit in front row and make silly faces. https://t.co/ewzpMaC7dD

By 1970, wrestling aired twice a week on KAIL-53, one of four TV stations operating at the time in the Fresno market. Nearly every three weeks, a group called the “Fresno Athletic Club” (a group that linked back to Shire) promoted cards at the Selland Arena, 18 in all for the year.

A search of Fresno Bee archives of that year show only one newspaper advertisement. Sure enough, Patterson headlined the show, defending the United States championship against Cyclone Negro.

A Headliner, then Executive with WWF

Patterson wrestled around the world, and by 1979 settled in the WWF. He became the promotion’s first Intercontinental Heavyweight champion that year in August, in a “tournament” in Rio de Janeiro.

In reality, the tournament never happened, Patterson was just presented with a new title. Wrestling lore said the Brazil location was a joke (a “rib” in wrestler parlance), because Patterson could never accurately pronounce Rio de Janeiro in his thick French-Canadian accent.

Patterson had the rare distinction of challenging Bob Backlund for the WWF Heavyweight crown four months in a row at wrestling’s top arena, Madison Square Garden in New York City. Usually, a top wrestling feud for the title would last three months at the most. Backlund vs. Patterson was such a hit, it took a fourth and final contest in a cage to decide things.

He also wrestled in a famous 1981 “Alley Street Fight” against Sgt. Slaughter at MSG.

By the mid-1980s, Patterson wrestled less and helped book the WWF more. By 1983, the WWF expanded beyond its traditional northeast home to California. The next year, it went worldwide and changed the wrestling industry.

That period in 1980s is known as the Golden Era, led by Hulk Hogan, WrestleMania, Roddy Piper, Andre the Giant and many more.

Patterson also invented the concept of the “Royal Rumble,” a new take on the traditional battle royal that has been a WWE annual tradition since 1988.

He had a career revival as an onscreen character, as one of McMahon’s “stooges” usually in a comedy segment on WWF television.

By the mid-2000s, Patterson left the office and enjoyed semiretirement. Many wrestlers expressed gratitude for the knowledge and technical expertise he lent.

Very saddened to hear about the passing of one of my best friends..Pat Patterson. He had an infectious personality where you always wanted to be around him. This photo of Pat, @ShawnMichaels and me was from Wrestlemania 21. Pat helped us create an incredible Story. #RIPHOFer pic.twitter.com/APHVs7hRoi