Train Wreck Near Goshen Closes Highway 99 in Both Directions 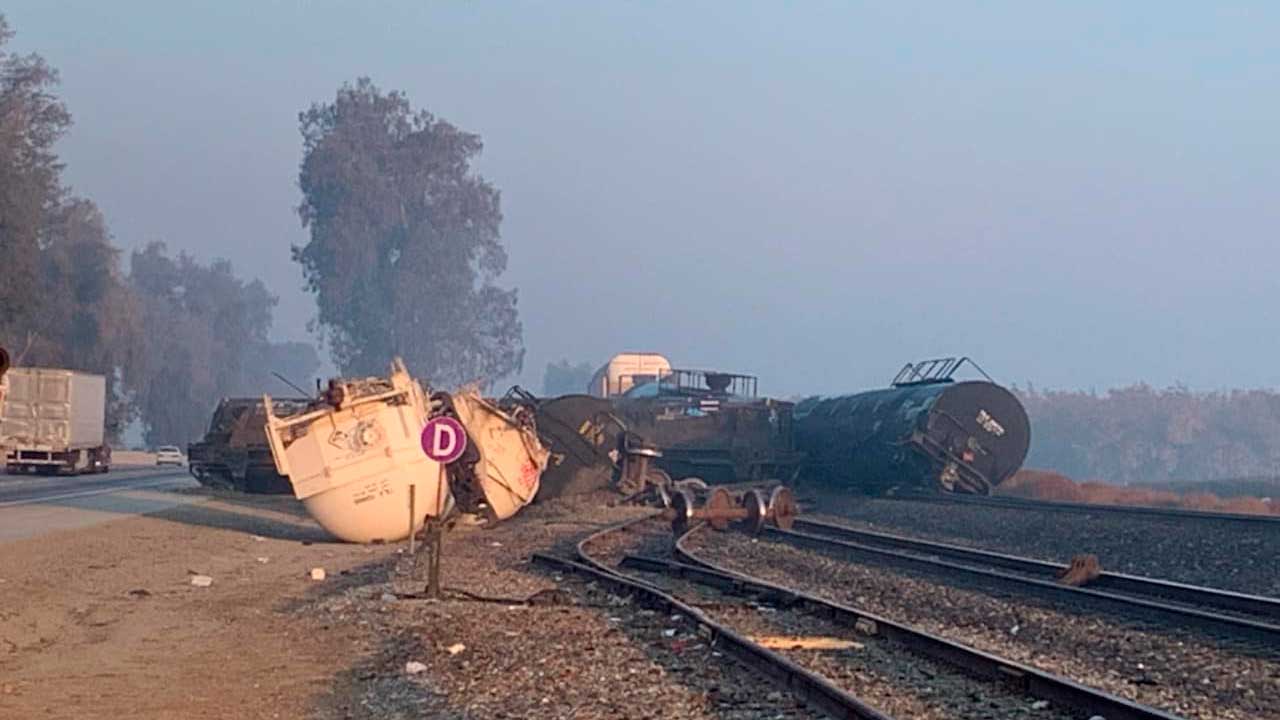 At least seven train cars derailed, according to law enforcement. Hazardous materials are spilling out from the tankers.

The California Highway Patrol is on scene trying to figure out what led to the mishap. It’s unclear if anyone was injured. The incident was reported around 6:45 Monday morning and the Visalia Fire Department Hazmat team was called shortly after to respond because the tankers were spilling over.

It’s unknown what was in the tankers.