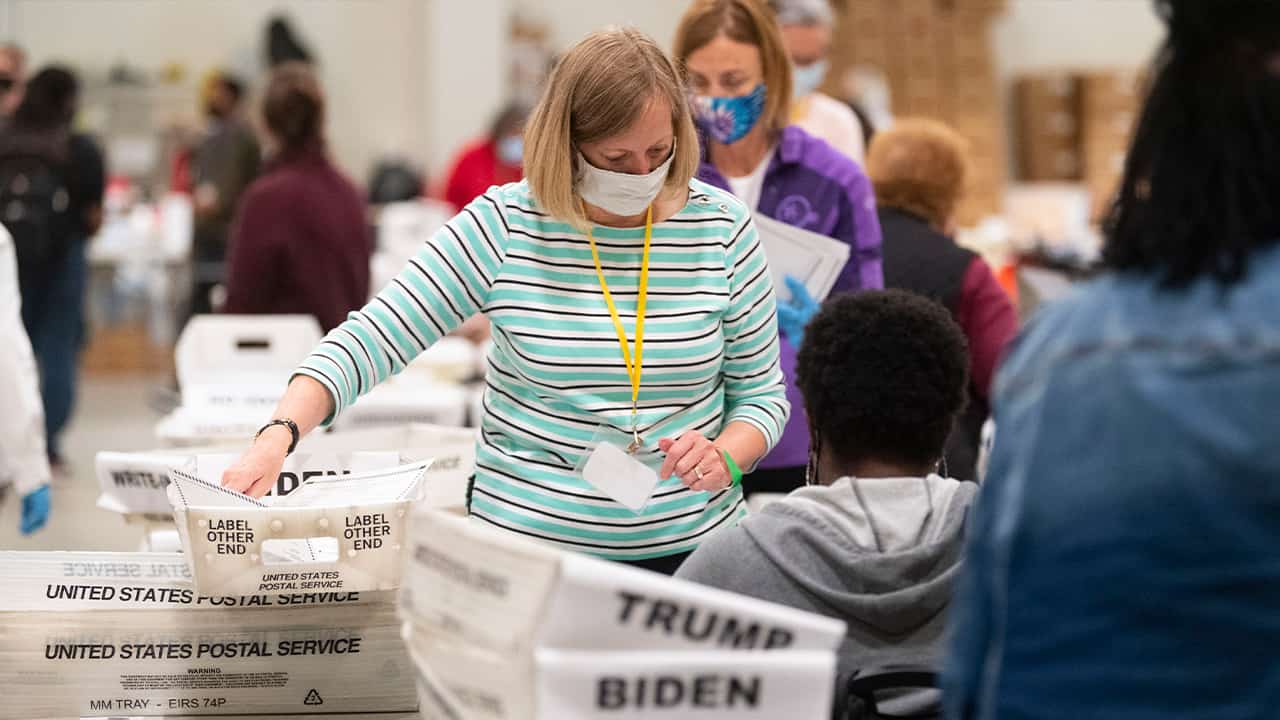 WASHINGTON — In the face of conclusive evidence that he lost, President Donald Trump is claiming “I won.”

His tweet Monday sought to perpetuate the mathematically impossible and thoroughly debunked myth that he pulled out a victory from the election that definitively chose Democrat Joe Biden as the next president.

Trump’s refusal to acknowledge the outcome nearly two weeks after Election Day is denying Biden access to the money, information sharing and machinery of presidential transitions as the coronavirus pandemic rages in the U.S. and as the incoming president’s team is left in the dark about any national security threats that Trump’s departing team might know about.

THE FACTS: No, Biden won the election.

Biden achieved victory in key states such as Michigan, Wisconsin, Pennsylvania and Arizona, topping the 270 electoral vote threshold to clinch the presidency, with room to spare.

If Biden’s advantage holds in Georgia after a recount, he would end up with 306 electoral votes, a total that Trump called a “landslide” when states delivered him that number in 2016 despite his loss of the popular vote. (Trump ended up with 304 electoral votes because two electors defected.)

Biden leads Georgia by 14,122 votes, or 0.28 percentage points. There is no precedent of a recount erasing a lead of that size. But Biden already has enough electoral votes without Georgia.

Trump’s allegations of massive voting fraud have been refuted by a variety of judges, state election officials and an arm of his own administration’s Homeland Security Department. Many of his campaign’s lawsuits across the country have been thrown out of court.

No case has established irregularities of a scale that would change the outcome. Lawsuits that remain do not contain evidence that would flip the result.

Indeed, a coalition of state election officials and the Trump administration’s Cybersecurity and Infrastructure Security Agency has declared that the election was the most secure in history, with “no evidence that any voting system deleted or lost votes, changed votes or was in any way compromised.”

A small but growing number of Republican officeholders are asking Trump to face the reality of his defeat so that the Biden administration will have a better chance of getting off to an effective start in a time of crisis.

Even Republican lawmakers who are refusing to buck Trump on the election’s outcome say he should not be denying intelligence briefings to Biden.

They are mindful of the 9/11 Commission Report on the Sept. 11, 2001, terrorist attacks, which warned of the risk of delaying presidential transitions. That transition was rushed because of the delay in discerning the 2000 election’s winner, leaving critical high-level positions vacant for months and perhaps helping terrorists advance their plot without the U.S. being sufficiently on guard.

But with Trump holding out and attempting to sow confusion, his appointee at the General Services Administration has yet to make a formal designation of Biden as the president-elect. Doing so puts the Presidential Transition Act in unfettered operation.

Related Topics:Donald TrumpJoe Biden
Up Next