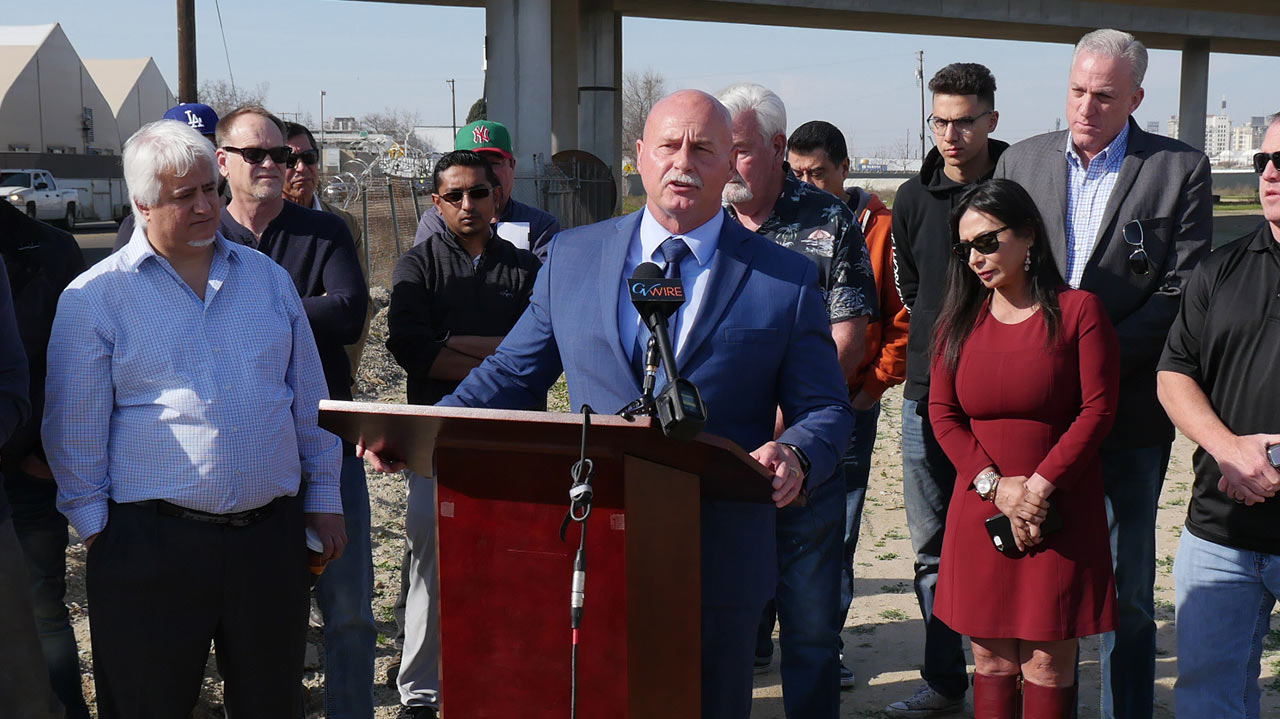 Fresno’s next mayor is experience a roller coaster of recovery from COVID-19.

“The symptoms come and go, but I feel much better this morning. I have a slight headache and much of the body aching has subsided. Energy level is very low,” Dyer told GV Wire℠ via text earlier today.

After the story published, Dyer sent another update.

“Last night I had slight chills, which seem to come and go, but I  slept well. I woke up this morning and felt better in that much of the body aching had subsided. However, I still felt very tired. Unfortunately, by late morning some of the effects had returned,” Dyer said.

Dyer described his symptoms as “a head cold, back aches, and slight nausea.”

“My breathing is also different, but hard to explain. Not labored breathing, but somewhat like you are out of breath. Coughing is very infrequent, at least for the moment. My oxygen levels remain high as I test them frequently. They range between 96 and 99,” Dyer said.

When Dyer revealed his diagnosis on Tuesday, he said he was recovering after some flu-like symptoms. On Wednesday, Dyer said he took a turn for the worse, losing energy and hurting if he coughed or move.

Dyer said he will remain quarantined at home through at least next week. He says his son-in-law has tested negative. His wife, Diane, is experiencing “mild symptoms,” according to Dyer. She and their daughter are awaiting testing results.

“I have talked to many folks who have had COVID who all said the same thing. When you think you are getting better it hits you again. Very hard to predict,” Dyer said.

While Dyer is recovering, he’s received some well-wishes from the top of the Golden State.

“I do appreciate all of the folks who have reached out to say they are praying for me and my family, and for those who have given me advice. I was also pleasantly surprised to receive a get well text from Governor Newsom, as well as a text message and phone call from former Governor Jerry Brown. Both of them wishing me well,” Dyer said.

“My wife and I have truly been touched by the outpouring of love and support from our community. I will never forget this. This is what makes Fresno so special,” Dyer said.

Assemi, also the publisher of GV Wire, said he tested positive for COVID last Friday and has been quarantining at home.

Dyer officially becomes mayor on Jan. 5, after winning the March 2020 election outright with a majority of votes to avoid a November runoff.

Virus Surge Breaking Infection Records Across the US