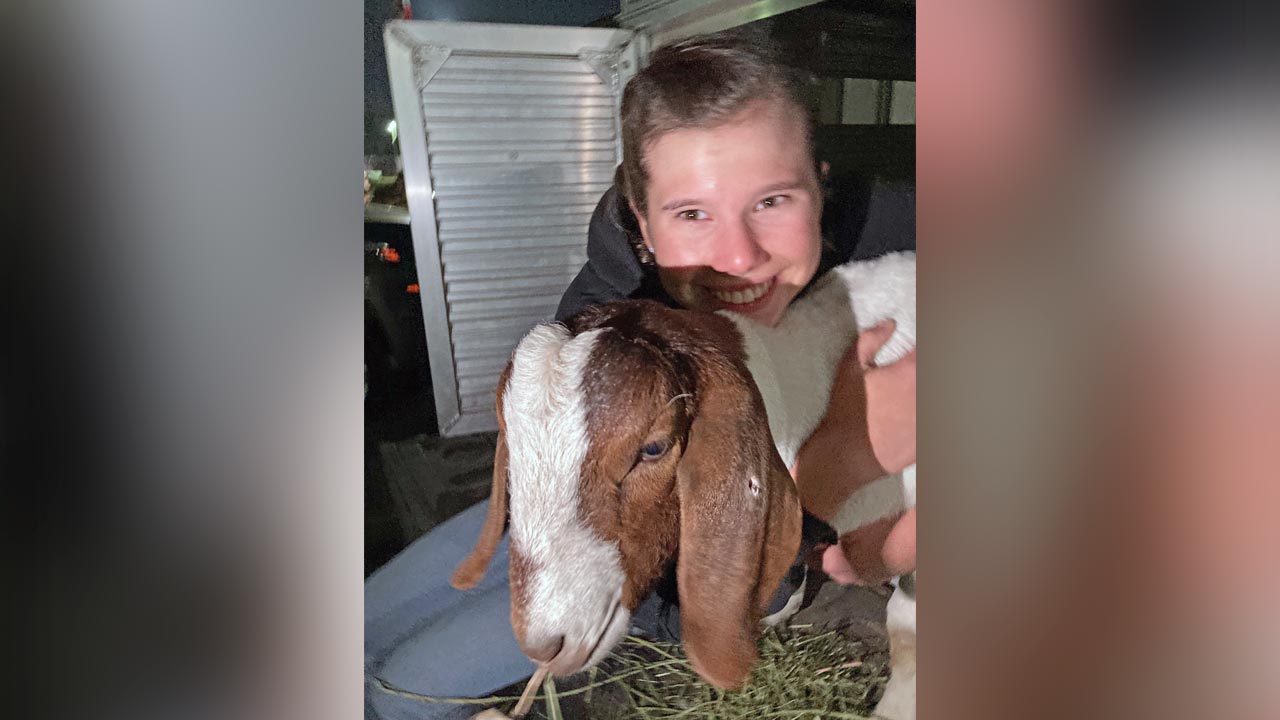 On Tuesday night, detectives with the Fresno County Ag Crimes Task Force recovered a stolen Boer goat and returned it to a teenage girl who is a student at Central West High School.

Detectives arrested 23-year-old Alexandria Fall of Los Angeles, charging her with felony grand theft. She was cited and released, according to the Sheriff’s Office.

Authorities described Fall as an animal activist who claimed she was rescuing the goat because she believed it may have been treated inhumanely.

Deputies first took a report of the theft last week. The student who owns the goat said it disappeared from the school’s campus on the night of October 29.

The goat was being raised for breeding and was secured in a pen with an iron gate. The student discovered the goat was missing when she visited the campus the next morning.

AGTF detectives developed leads in the case that pointed to Alexandria Fall being in possession of the animal. They contacted Fall and made arrangements for her to return the goat, which she did.

High Court Could Halt Move Toward Leniency for Kids Who Kill