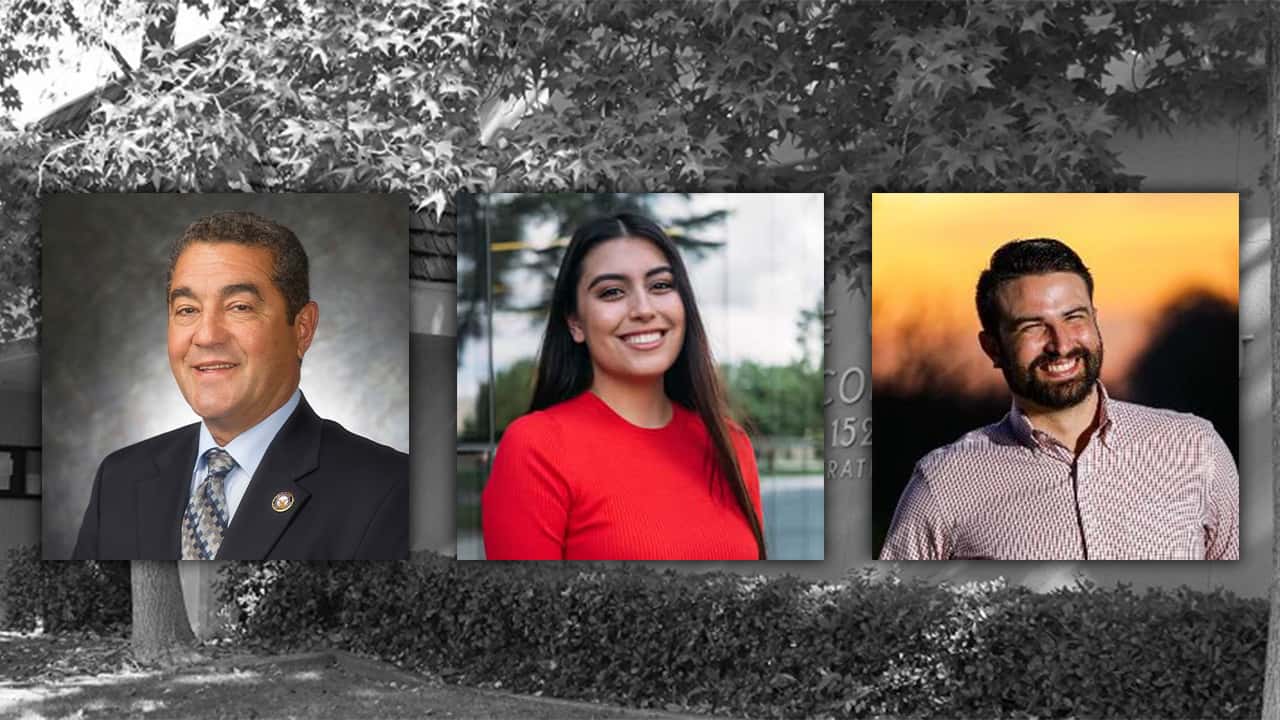 With 100% of the precincts reporting in Fresno County (with additional mail and drop box ballots still to be counted), the leaders are currently:

Additionally, the three are on the ballot in Kings County. With 3 out of 3 precincts reporting:

Adding it all up, Parra currently leads Leal by 212 votes.

The most prominent race pits embattled incumbent Eric Payne in a race for the Area 2 seat he has held since 2012.

Payne’s opponents, communications professional Nasreen Michelle Johnson and Sevag Tateosian, a Fresno County analyst, each have raised more than $30,000, according to their most recent campaign finance reports.

Payne, by contrast, reported no donations.

With 100% of the precincts reporting (with additional mail and drop box ballots still to be counted), the leaders are currently:

Earlier in the day Payne told GV Wire℠, “This is a historic election. This has really been a historic year for the primary and the general election.”

Sevag Tateosian said, “Hopefully we can pull through with a victory.”

Deborah Ikeda, a retired State Center college president, is facing two Clovis residents in the election for the Area 6 seat: Sally Fowler, a longtime K-12 educator and administrator, and Chris Milton, a businessman and a civil rights advocate who rose to prominence locally in last summer’s protests over the killing in Minneapolis of George Floyd by police.

Area 6 includes northwest and east-central Fresno, Clovis, and stretches eastward in the county to the Pine Flat reservoir.

With 100% of precincts reporting  in (with additional mail and drop box ballots still to be counted), the leaders are currently:

Richard Caglia is seeking his fourth term on the board. Challenger Abena Cruise, 44, is a community health representative for Table Mountain Rancheria and a member of the Black Women Organized for Political Action.

Sunnyside teacher Jon Bath’s name is still on the ballot. Bath says he has dropped out of the race but declined to comment further.

With 100% of precincts reporting  in (with additional mail and drop box ballots still to be counted), the leaders are currently:

Valadao Leads Cox in Congressional Rematch. When Will Winner Be Known?