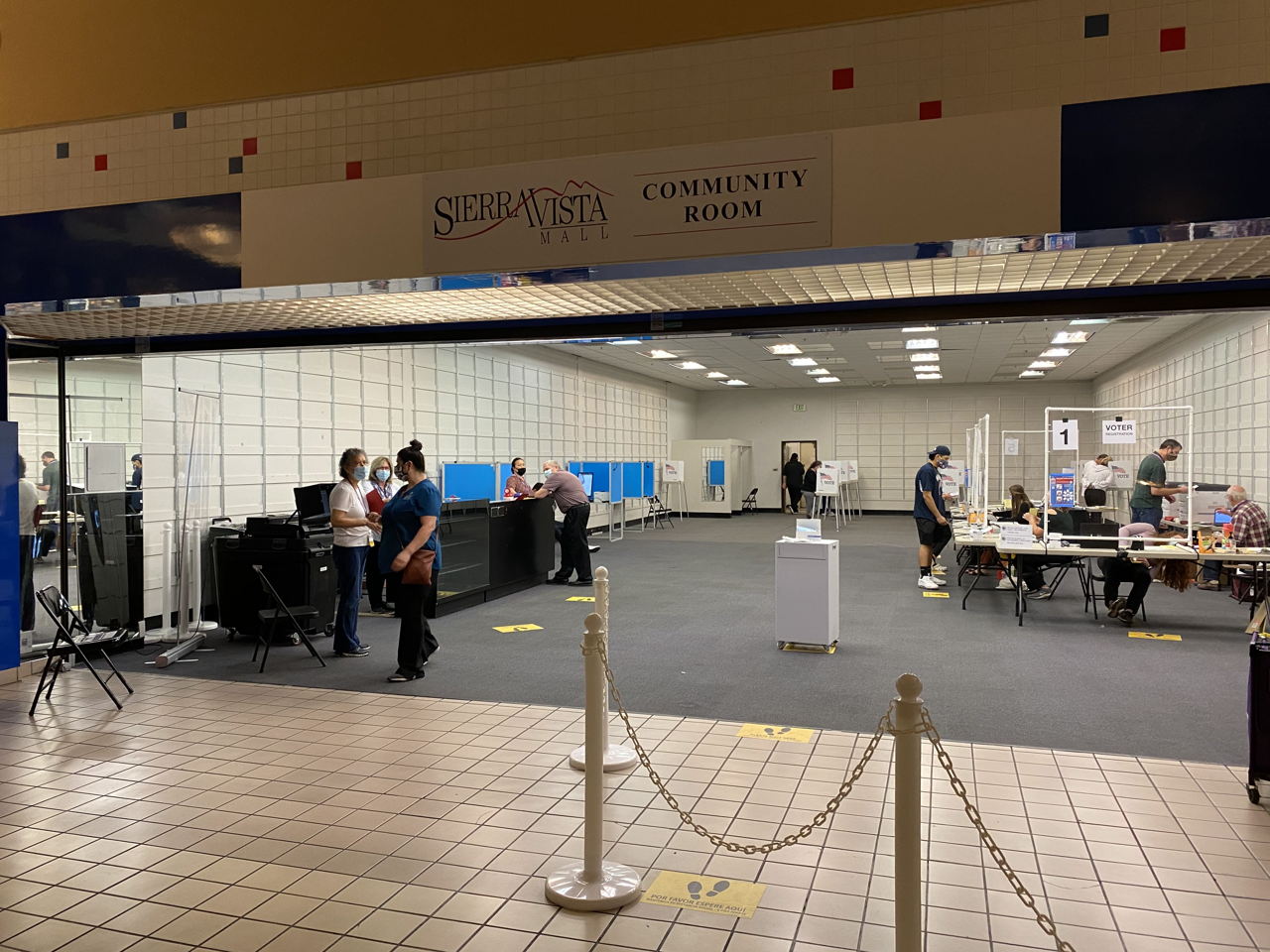 California law allows anyone in line when polls close at 8 p.m. to vote. That wasn’t a problem last night at the polling location inside the Sierra Vista Mall in Clovis.

The mall was one of 53 voting center sites throughout the county that offered in-person voting since Saturday.

Although there was no one in line, there was at least one voter who literally waited until the last minute, 7:59 p.m., to turn in her ballot.

Josie Vargas of Clovis strolled up to the voting center with one minute to spare. She handed in her purple envelope just as poll workers started to put away line dividers and markers.

“It’s kind of a tradition. Like with tax season, we just wait for the day of and turn it in just for the excitement,” Vargas said.

The last-minute return was by design.

“We made it just in the nick of time. But yes, I had it planned to come today,” Vargas said.

Allie Fisher of Sanger filled in her ballot but left it at home. She arrived at the mall polling site at around 7:45 p.m.

“I was going to turn it in today. I just got off work late, so I ran over here,” Fisher said. “I heard that there was a really long line before I got here, so I lucked out. I got in really fast,” Fisher said.

Poll workers said the busiest time was around 6 p.m., when lines extended beyond the community room where the voting center was set up, through the end of the mall.

Even then, the worker said, the wait was only about 10 minutes.

According to the machine that collected ballots, about 1,200 voters cast ballots at the mall site during the four-day voting period.