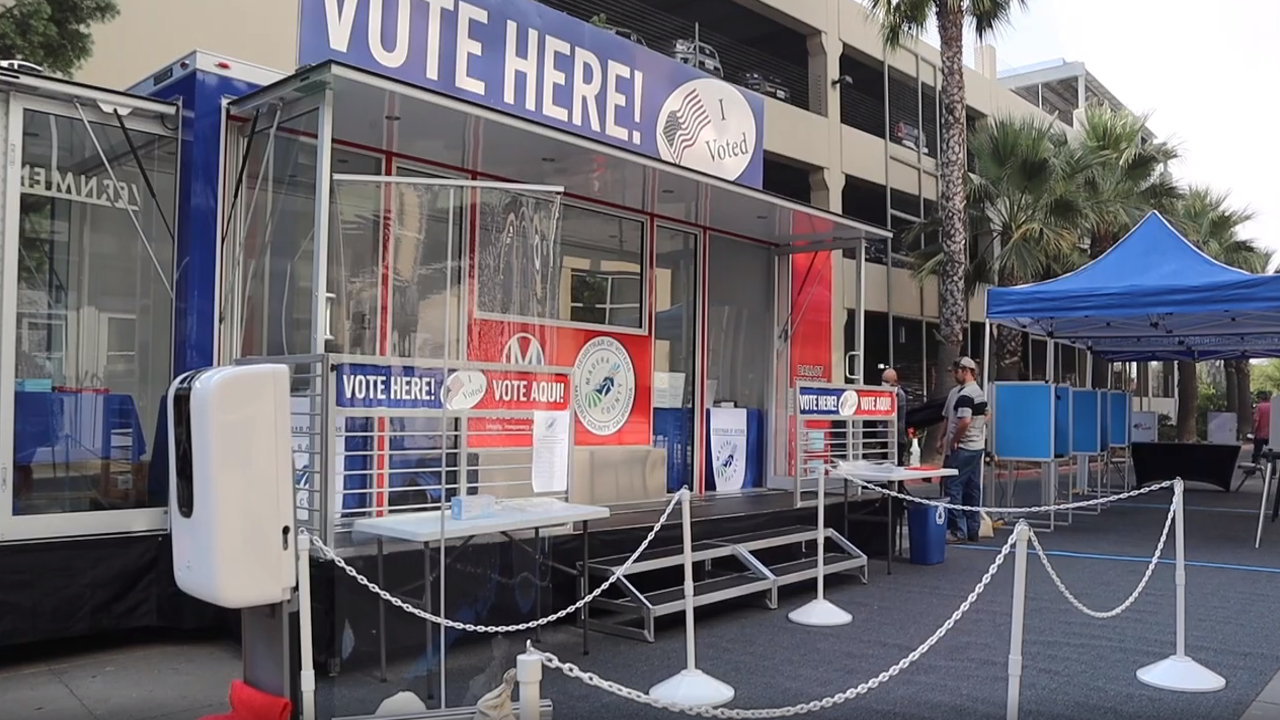 After sweeping across Madera County for the past several weeks to allow in person voting, a new state of the art mobile voting center will be in the city of Madera on election night.

The ‘Mobile Vote Center’ is just that, a vote center on wheels that, when deployed, offers all the services that a normal vote center offers.

“Voters have the right to vote in person if they want to,” said Registrar of Voters Rebecca Martinez in a news release.  “To help keep voters safe we are offering more opportunities to vote in person earlier than ever before.”

From 5pm-8pm on election night, the unit will be at the ‘Madera Housing Authority’ at 205 North G Street.

“The Creek Fire has wreaked havoc on Eastern Madera County,” said Martinez.  “I chose to deploy it to the areas most affected by the fire first so that voters who have been displaced or who are concerned about getting their ballot in the mail can vote early and won’t have to worry about going to a vote center during peak times.”

After an unveiling on October 6, the unit headed to its first three deployments in Coarsegold, North Fork, and Oakhurst.

“We know there are going to be long lines at voter centers,” explained Martinez.  “The longer voters wait to vote, the longer the lines will be. I would not be surprised if voters have to wait for hours in line on the last day to vote, November 3rd. ”

The Mobile Vote Center allowed voters to vote early and avoid those lines.

The Latest: Judge Orders USPS to Search Centers for Ballots