Election Day: Voters Show Up at Woodward Park Center to Cast Their Ballots 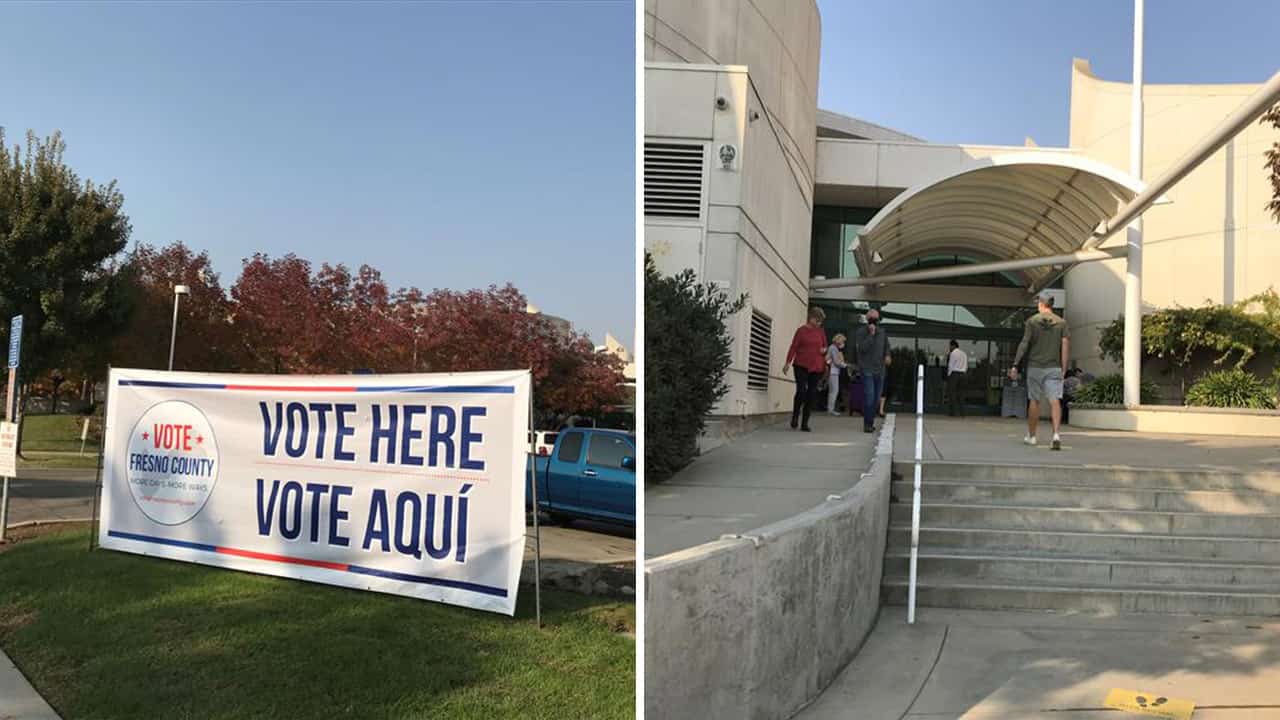 Jessie and Cliff Klein were among the hundreds of voters who waited until Election Day to cast their ballots at the Fresno County Vote Center at Woodward Park Regional Library in northeast Fresno.

But they still had to hand off their ballots outside the library, which Jessie Klein said made her uncomfortable.

“I would prefer to put it in the machine,” she said.

Klein said she also would have preferred limiting voting to a single day instead of opening Vote Centers prior to Tuesday and collecting ballots in drop boxes for weeks in advance of Election Day.

“Spreading it out makes me tense,” she said.

Other voters at the Woodward Vote Center said they didn’t use drop boxes after seeing news reports that ballots had been spoiled when boxes were set ablaze or vandals poured water inside.

But for Steve Bradford and Lynn Bastress, voting in person is a tradition they didn’t want to break even during the coronavirus pandemic.

Bradford, who said he’s been voting in person since 1988, brought his 5-year-old son along with him so he could watch democracy in action.

Bastress said that when she initially arrived at 7 a.m. when the Vote Center opened, she saw a long line of voters at the center that stretched to Perrin Avenue. So she decided to return later in the morning when the crowd had thinned.

If a drop box was her only option, Bastress said she would have used that. “But I prefer the whole experience,” she said. “We have the right to do it (vote). It’s important to show up.”

Bastress and Bradford both said they voted for Donald Trump for president. “The crazy thing is, I actually like Joe Biden,” Bradford said. “But Kamala Harris scares me.”

Kelvin Low came to the Voting Center, even though he had mailed his ballot weeks earlier, so he could pick up his “I Voted” sticker. “I put them in my car, on my steering wheel,” he said.

And his vote for president? “I wrote in Marco Rubio. I like the guy — I hope he runs again.”