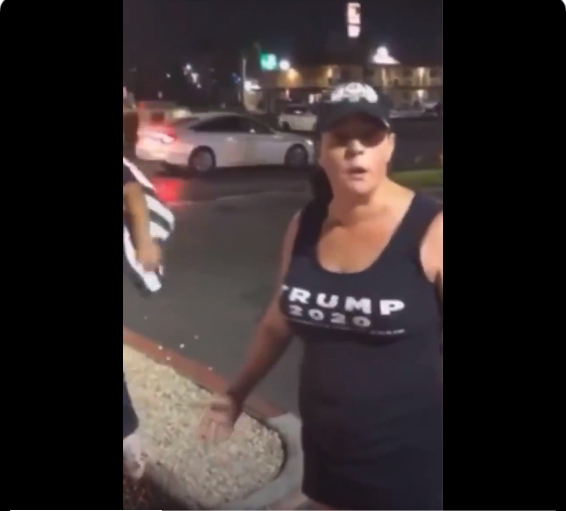 KGET.com A confrontation caught on camera between supporters of President Trump and a Black Lives Matter activist is under investigation by the Bakersfield Police Department.

Activist Erika Harris recorded the confrontation, which happened Sunday night on Panama Lane. Harris says she was part of a Black Lives Matter demonstration when she and her friends were surrounded by at least 20 to 40 Trump supporters.

According to Harris, the Trump supporters blocked her into a parking lot before telling her to get out of her vehicle. In the video posted to Twitter, racist slurs can be heard coming from the people who blocked Harris’ vehicle. At one point, a woman reaches inside Harris’ vehicle in an attempt to grab her phone, which she was recording with at the time.

A woman was chased down because she had a #blacklivesmatter flag on her car. The police came and… pic.twitter.com/n3tQZ4gUP9