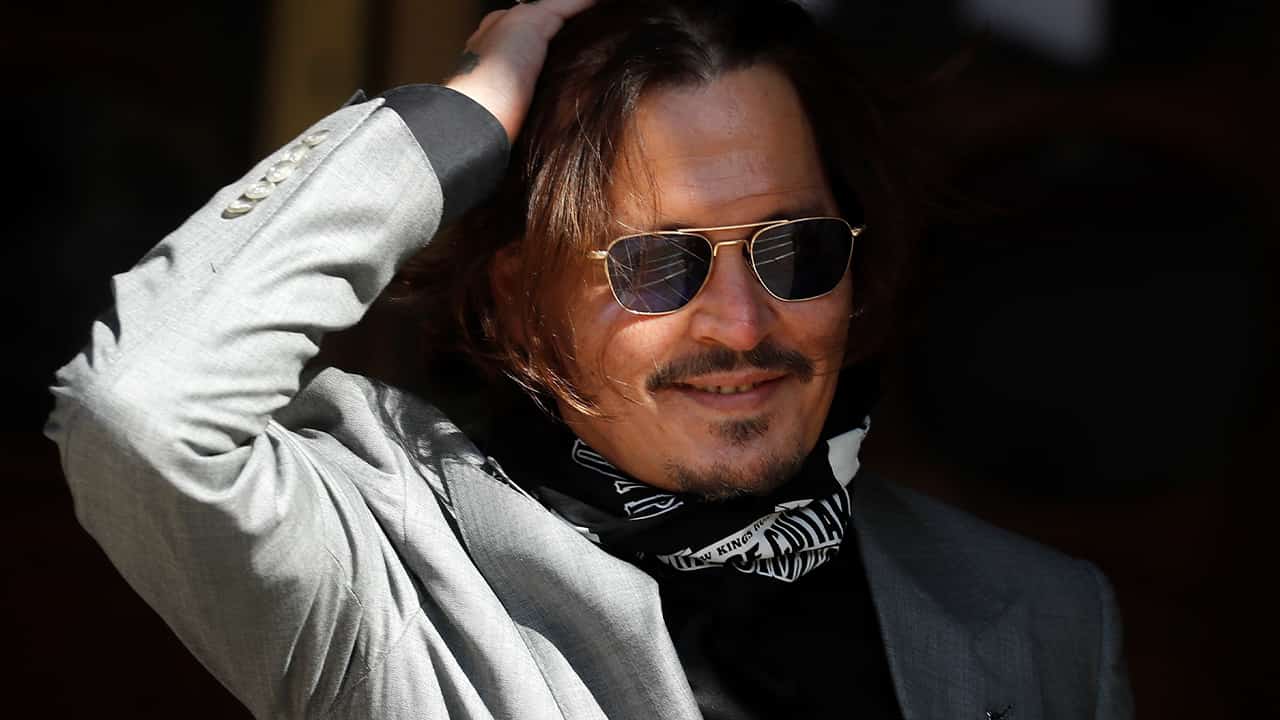 LONDON — Johnny Depp lost his high-stakes libel case Monday against The Sun tabloid newspaper for labelling him a “wife beater,” as a British judge said he believed the actor had abused his ex-wife and that she frequently feared for her life.

In a decision that has been cheered by campaigners against domestic abuse, Justice Andrew Nicol said the defendants had proved during the trial in London that their allegations against Depp were “substantially true.” Depp’s lawyers said they would appeal the decision.

Over the course of nearly three weeks this summer, Nicol had heard lurid — and irreconcilable — accounts from Depp and his ex-wife Amber Heard in which each accused the other of abuse.

“I have found that the great majority of alleged assaults of Ms. Heard by Mr. Depp have been proved to the civil standard,” Nicol wrote in his ruling.

In one of the biggest English libel trials of the 21st century, Depp sued News Group Newspapers, publisher of The Sun, and the newspaper’s executive editor, Dan Wootton, over an April 2018 article that accused him of assaulting fellow actor Heard.

The ruling deals a big blow to Depp’s reputation that could seriously damage a lucrative movie career, which has seen the actor take the lead in some of the most popular family movies in recent times. That comes with an indeterminate financial cost on top of the several millions pounds (dollars) in legal costs he will likely be required to pay, including his own as well as a chunk of the The Sun’s.

A lawyer for Depp, 57, described the decision as “perverse as it is bewildering.”

“The judgment is so flawed that it would be ridiculous for Mr. Depp not to appeal this decision,” Jenny Afia said in a statement.

An attorney for Heard, meanwhile, said the verdict was “not a surprise” for anyone who followed the trial.

Historically, Britain’s libel laws have been seen as favoring public figures and tough on media outlets and publishers.

The Sun called the decision a “stunning victory for press freedom.”

At the heart of the Sun’s characterization of Depp as a “wife-beater” were allegations it printed that the actor had assaulted Heard 14 times in locations around the world.

Heard, 34, said the abuse was largely fueled by Depp’s heavy drug and alcohol use and that he could turn into “a self-created third party,” which he referred to as “The Monster.” She alleged that at various time between 2013 and 2016 he hit, slapped and shoved her, pulled her hair and threw bottles “like grenades” at her.

Nicol noted several times when Heard feared for her life, including a “three-day hostage situation” that Heard said took place in Australia in March 2015 while Depp was filming a “Pirates of the Caribbean” movie.

“I accept her evidence of the nature of the assaults he committed against her,” the judge wrote about the episode in Australia. “They must have been terrifying.”

Depp accused Heard of making up her allegations, though he acknowledged in court taking marijuana, cocaine, ecstasy and magic mushrooms and that he became addicted to opioid painkillers. But insisted that he is “not a violent person, especially with women,” a characterization that was backed up by former partners Winona Ryder and Vanessa Paradis.

The judge found that 12 instances of domestic violence had occurred and said that was sufficient to rule against Depp.

The judge also accepted Heard’s evidence that the allegations she made against one of the world’s most popular actors have “had a negative effect on her career as an actor and activist.”

Depp Branded the Allegations as ‘Sick’ and a ‘Hoax’

Depp is also suing Heard for $50 million in Virginia over a Washington Post op-ed essay that she wrote about domestic violence. The essay talks about her experience being abused but does not name Depp. The trial is due to be held next year.

“Very soon, we will be presenting even more voluminous evidence in the U.S.,” said Elaine Charlson Bredehoft, Heard’s attorney in the U.S.

Afia, who represents Depp, said that “we hope that in contrast to this case, the ongoing libel proceedings in America are equitable, with both parties providing full disclosure rather than one side strategically cherry picking what evidence can and cannot be relied upon.”

But one legal expert noted that it’s often thought to be far easier to win a libel action in the U.K. than in the U.S.

“The implications in this case are that if you lose the case in London, it’s almost a racing certainty that you’re not going to win in America,” said Mark Stephens, a media lawyer.

Depp and Heard met on the set of 2011 comedy “The Rum Diary” and married in Los Angeles in 2015. They separated the following year and divorced in 2017.

Heard chronicled acts of violence from early on in their relationship. Depp branded the allegations as “sick” and a “hoax” and claimed Heard was the aggressor during their relationship. He said that Heard hit him, even severing the tip of his finger with a thrown vodka bottle during the altercation in Australia.

Heard said she had spoken out reluctantly.

“What woman has ever benefited from being a victim of domestic violence?” she asked in court.

Lisa King, director of communications and external relations at the charity Refuge, which provides support for victims of domestic violence, expressed hope that the ruling sends “a very powerful message” that every single survivor of domestic abuse “should be listened to and should be heard.”

“Johnny Depp is only going to be able to rehabilitate himself if he accepts this judgment,” he added.

Related Topics:Johnny Depp
Up Next

Trump Threatens to Fire Fauci in Rift With Disease Expert