Debbas Gourmet, a Fresno-based chocolatier, has launched a new line of packaged treats inspired by the company owners’ love of music. 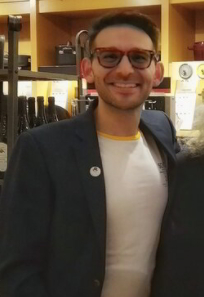 “For too long chocolate has gone down the path of one-note flavors and flat innovation.”– chocolatier Max Debbas

“For too long chocolate has gone down the path of one-note flavors and flat innovation,” said chocolatier Max Debbas in a release. “We bought the fun and enjoyment back to chocolate, while still keeping our commitment to use only the highest ingredients and award winning quality.”

The Debbas family’s connection to the arts is strong and they’re known for performing in the theater, acting on screen, composing music, or singing throughout the Fresno area.

A’cappella is the first new addition to Debbas’ own product line in 5 years, the company said. They’ve been primarily known in recent year for their private label production on behalf of other brands.

Their new offering are now available through its online store and are soon to be stocked at major retailers across the United States. Debbas is seeking other retail partners as well.

Over forty years ago, the Debbas family brought the heritage of Byzantine art, food, and culture across the sea and began hand-crafting gourmet chocolate truffles to Fresno,” the company’s website says.

Guy (pronounced Gee) Debbas started the company after fleeing Lebanon following religious and political upheaval. Prior to leaving, Debbas was taken hostage and held captive for 32 days, according to the company’s online history.

He relocated to California to attend college, later learning his late father owned part of a chocolate factory back in his home country. Debbas and his wife traveled back and forth between the U.S. and Lebanon for two years learning and running the business, the website says.