'Friendship' at Risk as Council Votes to Repeal Money Back Guarantee 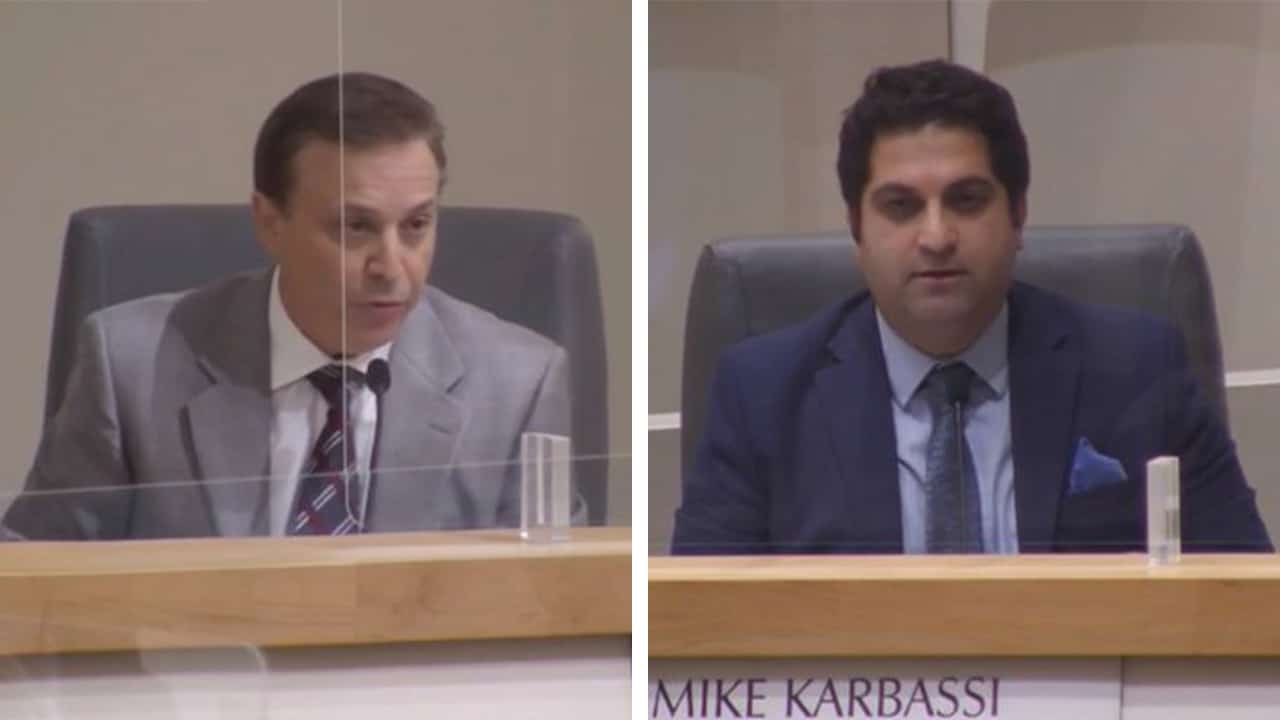 The Fresno City Council voted Thursday to repeal a program designed to make the planning department more efficient. But, councilmembers sparred again over accusations of impropriety and meeting procedure.

The vote reverses an ill-fated city program that attempted to address charges that Fresno is unfriendly to businesses. After years of discussion, the council approved a Money Back Guarantee program in 2019. Councilman Garry Bredefeld supported the program and resisted its elimination Thursday.

“No one wanted to return money for not meeting timelines. It was designed to ensure timelines and other metrics for businesses were met,” Bredefeld said from the dais. “It was designed to make us competitive with other cities known for being business-friendly and user-friendly, which we have not been for decades.”

Karbassi Claps Back at Bredefeld’s Tone

“I would never accuse you of selling your vote, ever, because you are a person of integrity … But when you do that, it questions our friendship and it questions the integrity of this council. That’s not OK. And that really upsets me.” — Councilman Mike Karbassi

The tone was set by Bredefeld’s opening remarks saying he appreciated the opportunity to debate openly instead of through a briefly-discussed budget motion to defund MBG made last week by council president Miguel Arias.

Bredefeld called the motion “deceptive and not transparent.” Other councilmembers responded from the dais.

“We can’t use this incendiary language. Unfortunately, it creates a scenario where people lose confidence in their government in the middle of a pandemic when it’s just a matter of opinion and not fact. And I’m glad we’re out here in the open so no one can accuse us of being deceptive or corrupt or swamp rats,” Councilman Mike Karbassi said in reference to prior Bredefeld comments alleging “corruption.”

“That’s a corrupt process. You may be fine with that. I’m not. And I don’t think the public is fine with that. So this is not opinion, Mr. Karbassi, these are facts,” Bredefeld said.

Karbassi said their friendship was on the line.

“I would never accuse you of selling your vote, ever, because you are a person of integrity, Garry. You served our country and I respect you,” Karbassi said. “But when you do that, it questions our friendship and it questions the integrity of this council. That’s not OK. And that really upsets me.”

He suggested Bredefeld or anyone in the public to take corruption allegations to Fresno County District Attorney Lisa Smittcamp.

“Do not be the boy who cried wolf. Go with your facts to the DA,” Karbassi concluded.

“That’s not on us because the rest of us have been burning the midnight oil, including with the mayor and the staff, not distracting with lawsuits to the governor or baseless accusations. So this is a result of an ineffective program and frankly, an ineffective council member, that has been distracted by soundbites and attacks instead of doing his baseline work,” Arias said.

Bredefeld continued to say the process is corrupt, not individual council members. He said the city has continued its anti-business attitude.

The argument and crosstalk continued, until Councilwoman Esmeralda Soria called to end debate and for a vote. Bredefeld wasn’t ready to stop and appealed to city attorney Doug Sloan for rules of procedure.

Sloan advised that there was no technical procedure to move on to the vote, however it was up to Arias as council president to control the meeting.

Arias called for the vote, which ended 6-1 in favor of repeal. Bredefeld was the lone no vote.

Other Ways to Help Planning Department

“No one wanted to return money for not meeting timelines. It was designed to ensure timelines and other metrics for businesses were met.” — Councilman Garry Bredefeld

Bredefeld questioned city planning director Jennifer Clark about a comment Arias made to GV Wire about public projects receiving lower priority than others by her department since the money back guarantee program was implemented.

Related Story: City May Bid RIP to Money Back Guarantee on Fees

Clark said that wasn’t the case.

“All applications are processed in the order in which they are received, regardless of whether they are publicly sponsored or not. And they are not tracked separately,” Clark said.

No money has ever been refunded, she said, and 100% of projects have been approved on time.

Bredefeld said that even with MBG, problems remained, especially when the planning department implemented a new software system to track projects.

“The system lacked credibility. Some projects were assigned to phantom staff that didn’t exist, took time to figure out what the problem was. The amount of the storage in the system to upload documents was an everyday issue,” Bredefeld said.

Bredefeld made the argument that it would be premature to rescind MBG.

Other councilmembers expressed concern about the efficiency of the planning department, but felt MBG was not the answer.

“It hasn’t yielded the results that we want,” Chavez said.

Chavez wanted to make sure the planning department would still be accountable. Clark agreed that her department’s goal is to be efficient with the increased workload they experience.

Karbassi, who was not on council when MBG was approved last year, said the program “failed.” He suggested increased pay and cross-training for planning department programs.