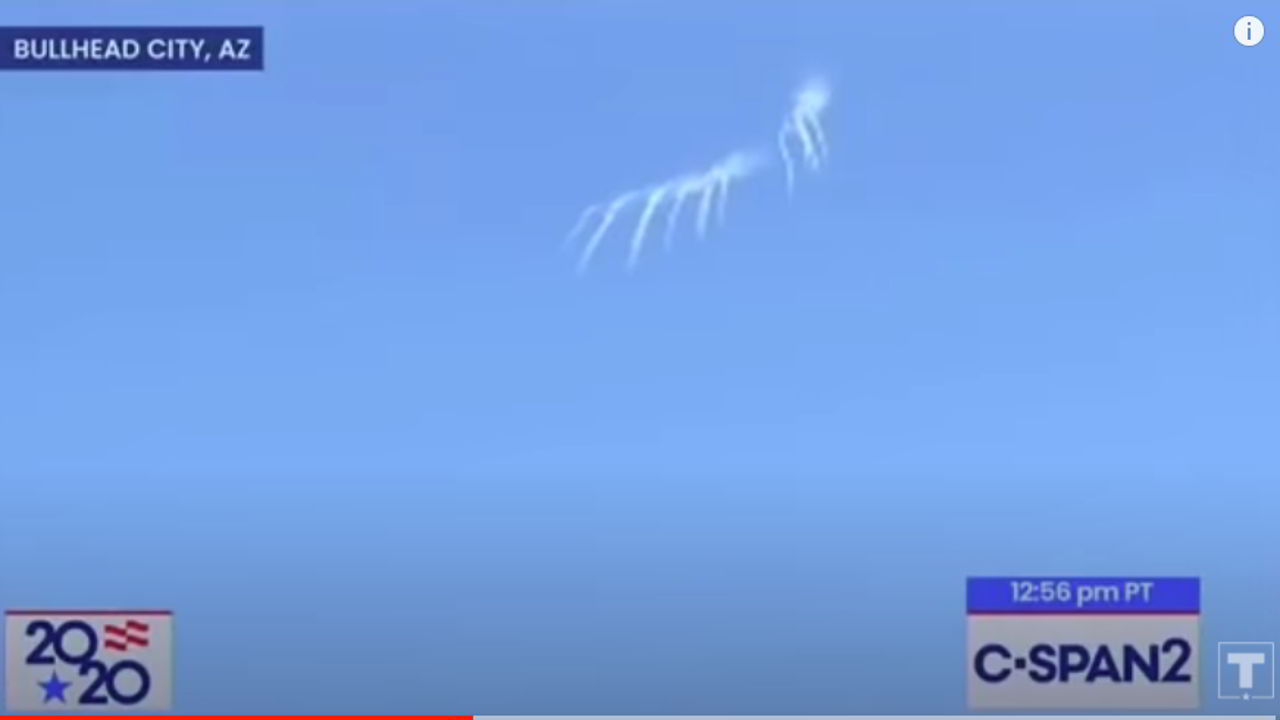 AZFamily 3TV/CBS 5
BULLHEAD CITY, AZ — A fighter jet intercepted a plane during President Trump’s rally in Bullhead City on Wednesday afternoon.
President Trump noticed the plane during his rally and made mention of the fighter jets in place.
According to the North American Aerospace Defense Command, at about 1:00 p.m., a NORAD F-16 aircraft investigated a general aviation plane that was not in communication with air traffic control. The plane entered the Temporary Flight Restriction (TFR) without proper clearance.

Related Topics:ArizonaPresident Trump
Up Next