Search
SHARE THIS ARTICLE:
Rocket Dog Gourmet Brats and Brew closed their Clovis location on Sunday after almost 3 years of operation. The Willow and Nees spot shut its doors for good Sunday night at 7 p.m.
After trying to work something out with the landlord since March, the ownership group ultimately said the pandemic was 100% the reason for the closure.

One of the four co-owners of Rocket Dog tells GV Wire℠ by phone the original location on Shaw Avenue near Highway 41 will remain open, and will likely have an expanded patio very soon.

“The anxiety and stress that people are under that don’t even own businesses is astronomical right now.”–Kevin Lisitsin, co-owner Rocket Dog Gourmet Brats & Brew

“When we weren’t able to have folks dine in, the dynamic at that fairly large location, with no events or catering, it just destroys the bottom line,” says co-owner Kevin Lisitsin. “We came to the realization it was just better to buy out the contract (lease).”

Lisitsin says the ups and downs from week to week about whether or not the state’s tiered system for reopening would allow them to open indoors or not made it impossible to keep staff. He says it was a juggling act hiring people to only have to lay them off the next week.

“When you hire somebody, you can’t give everybody less hours,” explains Lisitsin. “You have to be able to have people that work on your team and that can get enough hours to stay with you.”

Rocket Dog also brews a lot of craft beer on site which made business extremely difficult with no one allowed to ‘dine-in’. “If there’s nowhere to send it, you can’t make it,” continues Lisitsin. “The anxiety and stress that people are under that don’t even own businesses is astronomical right now.” 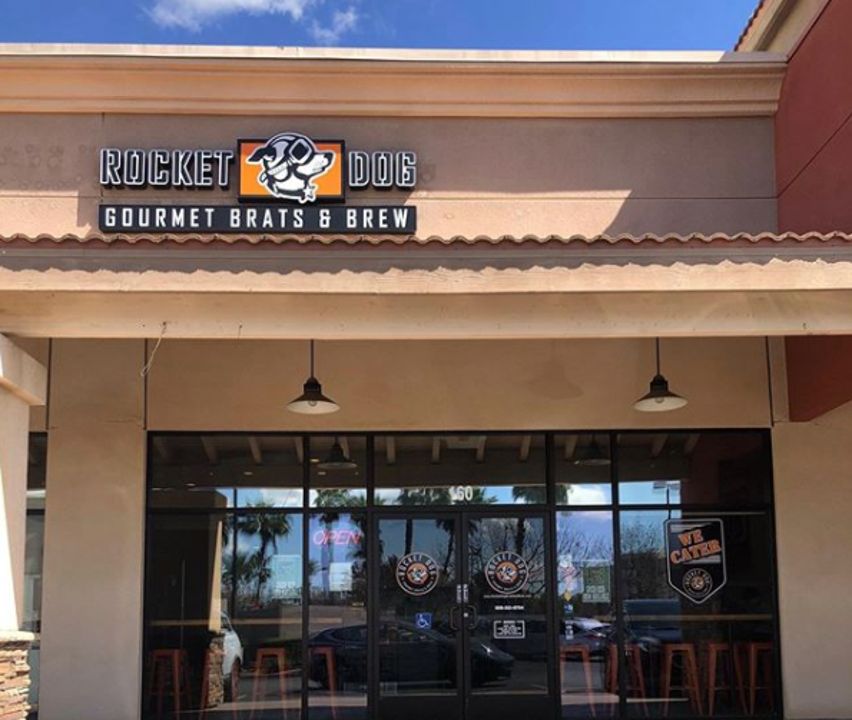 “We’ve purchased a food trailer, thinking that that might be the direction that we go,” says Lisitsin. “We might do trucks. Right now we’ve just decided to purchase a trailer and to see how it works.”

He says if the trailer does well, the whole trajectory of Rocket Dog – as well as many other restaurants -may change.

The original Rocket Dog location on Shaw Ave. near Freeway 41 just received approval from their landlord to make the outdoor patio bigger. “We’re getting quotes right now to make that bigger because that environment allows us to be able to pay rent,” says Lisitsin. He says they still need the brick and mortar location to prepare the food in the commissary for the new food trailer.

He says federal business relief funds and SBA loans were helpful, but not sustainable to run a business. “They don’t do anything for us sustainably, and I don’t want them,” says Lisitsin. He says he just wants to get back into the business of doing business for the community.

Another Brick and Mortar

While they made the decision to close their current Clovis location, Lisitsin says the hope is they’ll return to another spot in the city soon. “I love the families that we we met there and the relationships that we have there.”

He’s hopeful the business environment will allow him and his three other co-owners to reopen in the city as early as 2021.