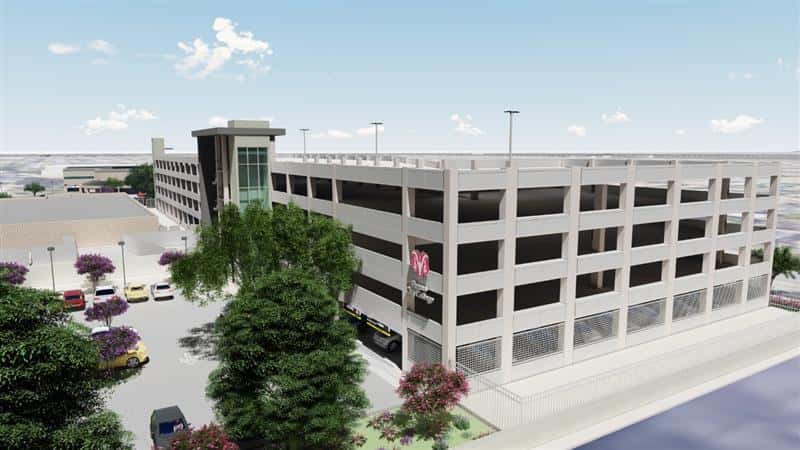 Before the COVID-19 pandemic hit and caused the Fresno City College campus to empty, you might have had an easier time finding the actual Holy Grail or hen’s teeth than finding a parking space.

And it’s been going on for decades. State Center Community College District board president John Leal recalls piloting his 1963 “straight six cylinder” Rambler through the lots in search of a space when he was a Fresno City College student in the 1960s. State Center vice chancellor Christine Miktarian said that when she was a student trying to get to class two decades later, she encountered the same challenges trying to park her Volkswagen van.

But starting in December 2021, the quest should get a whole lot easier when a new five-story parking garage on the northeast side of campus opens.

On Tuesday morning officials celebrated the start of the $18.3 million project, which is being funded by the district’s Measure C facilities bond, with a groundbreaking event.

Leal and Miktarian were among the speakers at the groundbreaking, held next to mounds of dirt where site work has already started.

The garage will contain 862 parking stalls, 40 EV charging stations, and 126 additional parking stalls immediately adjacent. In addition, the college will look at reconfiguring existing parking lots to add more than 700 new stalls to the existing 3,197 parking stalls, some of which are designated for use by faculty and staff only.

Construction work on the garage on Cambridge Avenue will start soon, the college said.  The contractor is Bomel Construction Inc. 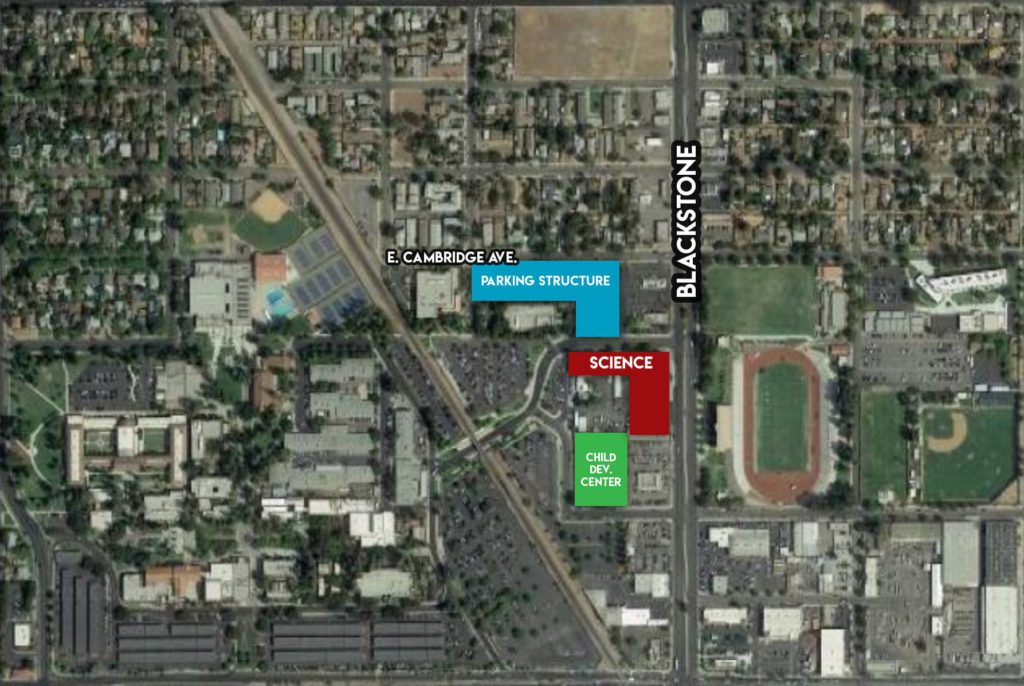 The new parking structure on the Fresno City College campus will be on Cambridge Avenue. (GV Wire/Alexis DeSha)

Chancellor Paul Parnell said that the district was able to pare down the original construction estimates of $50 million to $22 million by opting for a design-build contract.

The $18.3 million design-build contract is for the parking garage only. The college is spending another $4 million on other improvements that include new traffic lights at Blackstone and Weldon avenues.

The savings can be redirected to other Measure C projects, such as a new science building that will be built nearby on the Fresno City campus, he said.

Fresno City Council Member Esmeralda Soria, who is an adjunct faculty member at Fresno City and whose District 1 seat includes the campus, said the garage will not only alleviate parking issues in the surrounding neighborhoods but also give students a better chance at getting to their classes on time.

ASG President Yatzari Victoria expressed thanks on behalf of the student body for the new project and noted that it will make a huge difference to students. Many have to arrive an hour before class to have enough time to find a parking spot, and it’s usually off-campus, she said.

“This is going to be a huge difference in our education, not only by giving us access to a higher education, but by reducing the stress and difficulties that come with parking at Fresno City,” she said.

Inmate Who Walked Away from Bakersfield Corrections Facility is Recaptured