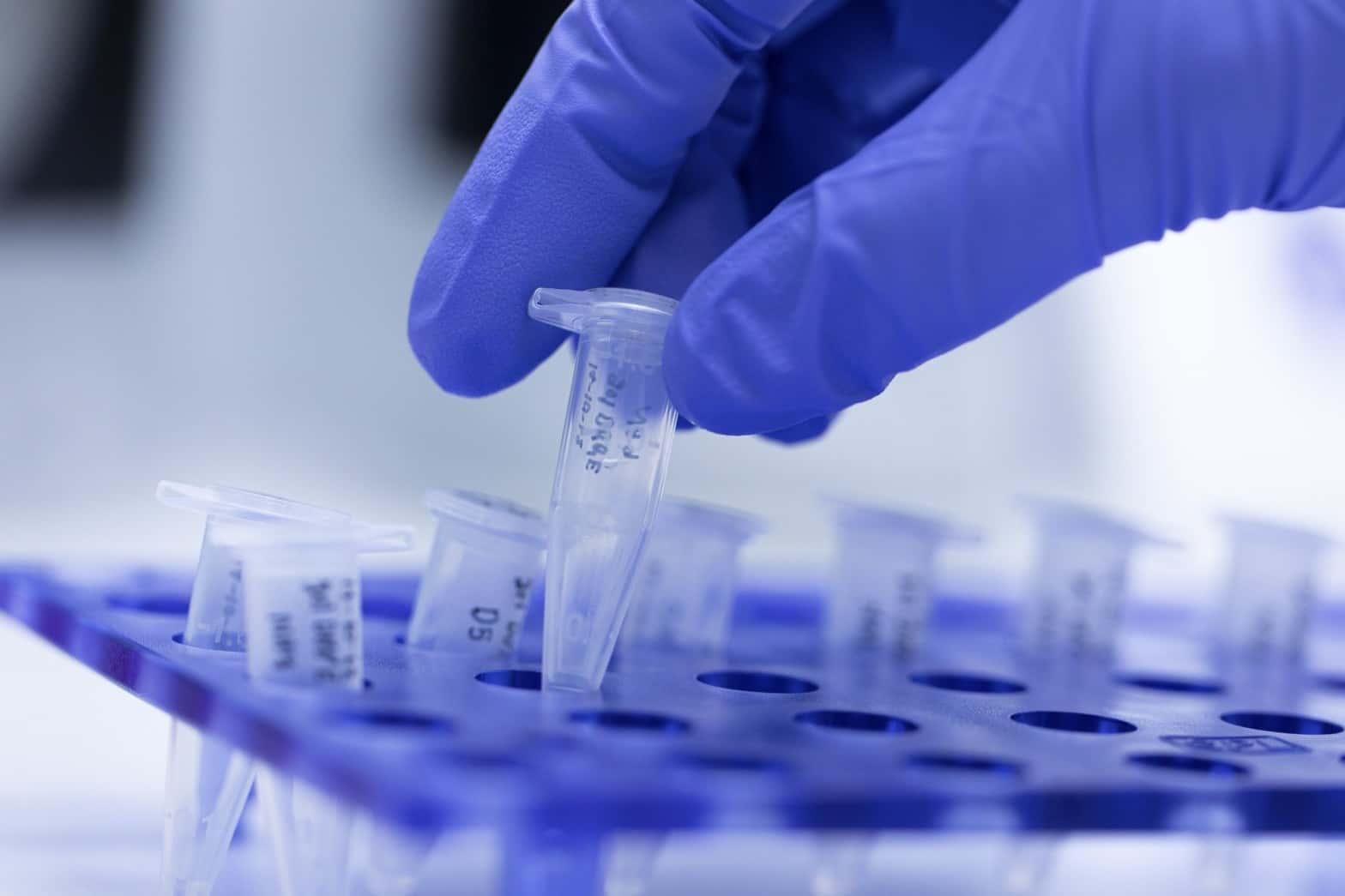 DNA evidence — a speckle of spit or a drop of blood — can exonerate a suspect or help put them behind bars. Now California voters are being asked to expand the pool of DNA data that law enforcement taps into.

A little-noticed provision of Proposition 20 would require law enforcement to bank the DNA of people convicted of a long list of misdemeanors. Currently DNA is collected only from arrested and convicted felons, registered sex offenders and arsonists. Prop. 20 would roll back some of the effects of criminal justice reforms that voters approved in 2014’s Proposition 47, which downgraded some felonies to misdemeanors and resulted in fewer DNA profiles in the state’s data bank.

The initiative would reclassify certain misdemeanors as “wobblers” — crimes that can be charged as either misdemeanors or felonies. It would change criteria for considering parole, make some crimes ineligible for early release, create a three-strikes rule for people who violate their post-release supervision and collect DNA samples from people who are convicted of certain misdemeanors.

The list of misdemeanors includes twelve crimes, mainly theft and drug offenses, as well as domestic abuse and prostitution with a minor. If the proposition wins the support of voters, people convicted of those offenses in California would be forced to supply their DNA to be stored permanently in the state’s database.

Supporters say the initiative will get more DNA into the statewide data bank and could lead to more arrests.

“Oftentimes, folks that have been convicted of those (misdemeanor) crimes lead law enforcement to identify or solve cases that are violent crimes, rape, murders, those types of crimes,” said Sacramento County District Attorney Anne Marie Schubert, who co-authored the proposition. “Prop. 20 deals specifically with individuals that are convicted of theft and drugs that under the current law, because of Prop. 47, we can no longer collect (DNA from) because they’re no longer felonies.”

But opponents like Contra Costa District Attorney Diana Becton aren’t convinced that adding people to the database who have been convicted of shoplifting, forgery, possession of opioids and other relatively minor crimes will help solve violent crimes.

“I don’t know that there’s any correlation between those types of cases (included in Prop. 20) and the solving of violent crime or unsolved murders,” Becton said. “I just don’t think that we have the data to prove that including those cases in the DNA data bank is going to help us solve violent crimes in California.”

Newsom didn’t say why he opposes the measure, only saying in a statement that “there’s more we must do to root out racial inequity and structural bias and to embrace proven reforms that work.”

Civil liberties advocates say that adding DNA profiles of people convicted of misdemeanors will have long-term implications for Black and Latino people and their families.

“The reach of the database effectively includes parents, siblings, children of everyone whose DNA is stored in the database,” said Lizzie Buchen, director of the ACLU’s California Criminal Justice Program. “For that reason, it’s going to result in more communities of color being mistakenly identified as suspects of crimes.”

The state data bank includes DNA from nearly 3 million people. The proposition, if enacted, could expand that by tens of thousands, according to the Legislative Analyst’s Office.

The expansion would add to an already big backlog. As of the end of September, nearly 23,000 samples are waiting to be uploaded to the database.

“It’s a zero-sum game,” she said. “We really should be putting that money into getting rid of our backlogs in testing crime scene samples. That’s how we’re gonna solve more crimes.”

After peaking in 2009, the year felony arrestees were added to the databank, with samples collected from about 300,000 convicted felons, DNA submissions have steadily declined in California. In 2013, a year before voters approved Prop. 47, the state logged about 168,000 DNA samples. Now, the state averages about 100,000 samples each year, according to the Legislative Analyst’s Office. The main reason for the decline is that felony arrests are down since Prop. 47 passed. At the same time, misdemeanor arrests have grown, especially violent and drug-related misdemeanors.

California’s DNA databank is famous for cracking high-profile cold cases. It helped catch the Grim Sleeper. But it also led to the wrong person spending time behind bars.

According to the state attorney general’s office, the California State DNA Index System has helped with 104,368 state and national investigations.

When there are hits, they can sometimes bring closure to crimes that have haunted victims and communities for decades.

Investigators also can seek permission from the state Department of Justice to tap into the DNA database for a familial search, which means checking for genetic similarities that identify relatives.

When Christopher Franklin was sent to prison for a felony weapons charge, he had to submit a DNA profile. His genetic material was similar to that of DNA found at the scene of a serial killer who had murdered at least 10 women and girls in the Los Angeles area. It was the state’s first familial DNA search, and it ended with Franklin’s father, Lonnie David Franklin, Jr.,  identified as the Grim Sleeper.

That was 2008. Since then, familial searches have helped solve multiple cases, most famously, the Golden State Killer, Joseph James DeAngelo Jr., who committed dozens of rapes and at least 13 murders. (He was tracked through a private ancestry database.)

DNA evidence, however, is not infallible.

Some opponents of adding misdemeanors to the DNA database are concerned that people of color are overrepresented.

Blacks make up 17% of California’s DNA profiles, while representing 6% of the state’s population, according to a study by New York University School of Law professors.

As California voters decide whether people convicted of misdemeanors deserve to be added into the statewide database, Orange County can provide some lessons: It started logging DNA samples for some people charged with nonviolent misdemeanors back in 2007.

After forgoing their rights to challenge the legality of the program, offenders can volunteer to pay $110, provide their DNA and get a plea deal or have their misdemeanors dismissed.

It’s called Spit and Acquit, available only to people charged with nonviolent misdemeanors.

Spit and Acquit is a byproduct of Proposition 69, which was co-authored by an Orange County assistant district attorney. The initiative allowed DNA samples to be collected as a part of plea negotiations.

According to Orange County Assistant District Attorney Tammy Spurgeon, the county’s database includes about 195,000 DNA profiles. There have been about 2,000 hits by investigators looking for suspects.

“It’s always been our theory that people who commit violent crimes also commit…minor crimes. And so, getting these people into the system as misdemeanors, getting their DNA, it helps us identify them when they do commit that violent crime,” Spurgeon said.

But critics say that adding so many people convicted of minor crimes could eventually mean that virtually everyone has their DNA on file.

“It’s a significant leap to include any misdemeanors because simply being convicted for a misdemeanor, we wouldn’t expect that to make you that much more likely than the rest of the population to be committing DNA solvable offenses in the future,” Roth said.

“If it’s okay to take to force DNA from people just convicted of misdemeanor drug possession, for example, then the rest of us can’t really be far behind.”

Byrhonda Lyons is a national award-winning video journalist for CalMatters. She creates compelling multimedia stories about how California policy affects people’s everyday lives. From the state’s mental health crisis, to an investigation into shady state contractors, her work aims to hold politicians accountable and educate Californians about the ins and outs of their state government.

The Hidden Factors That Could Produce a Surprise Trump Victory