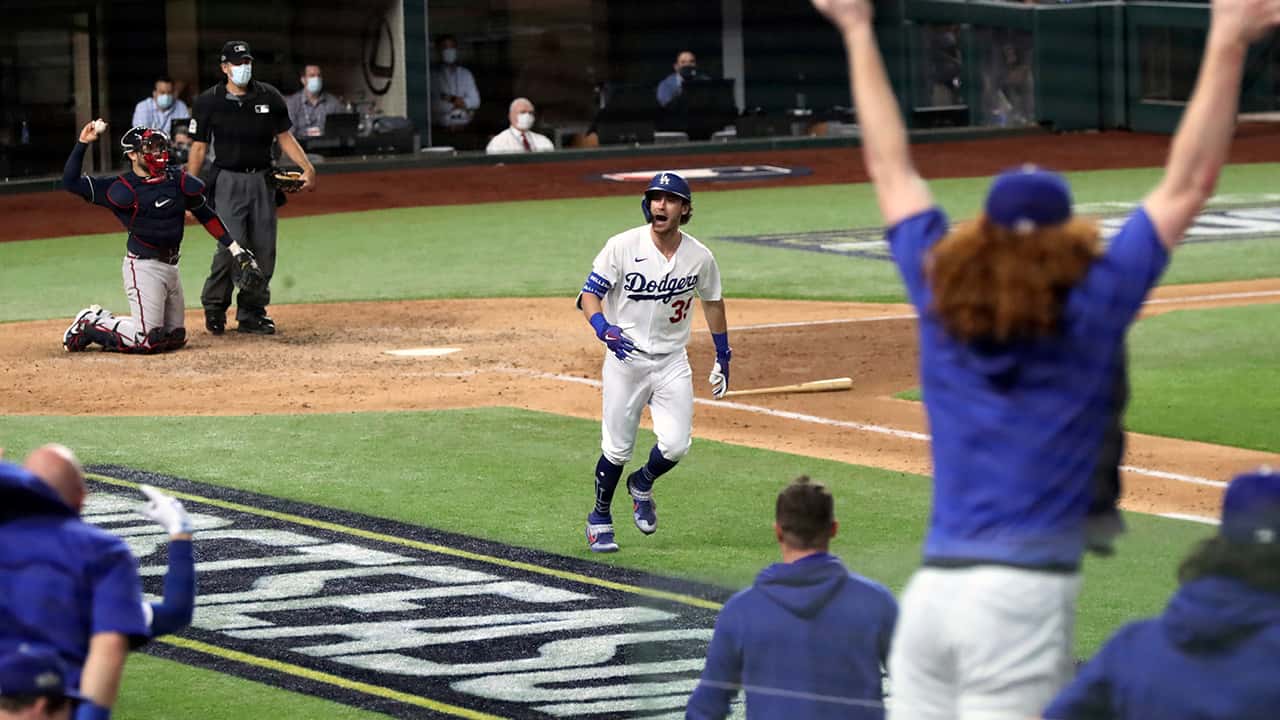 ARLINGTON, Texas — The World Series matchup between the Los Angeles Dodgers and Tampa Bay Rays is a rare meeting of baseball’s best for the title, and a matchup of organizations with Andrew Friedman’s imprint.

Retired first baseman James Loney, a veteran of both organizations, describes the Rays as “feisty.”

“Both teams are really committed to winning and trying to find any kind of edge they could,” added Loney, who played for the Dodgers from 2006-11 and the Rays from 2013-15. “The Rays are really known for their analytics and getting in there, trying to find different ways to beat hard teams: Is it a bullpen guy that we need to use in maybe an unorthodox situation? And the Dodgers, I felt we kind of started doing that towards the end of my career.”

Despite the shortened schedule and expanded playoffs, the teams with the best record in each league meet in the World Series for just the fourth time since Major League Baseball realigned each league into three divisions in 1995 and .

Rookie sensation Randy Arozarena and skipper Kevin Cash’s bullpen-rich Rays were 40-20 and topped the American League by four victories. They also won a Game 7, topping Houston 4-2 in the ALCS and earn the second World Series trip in franchise history. About 11,000 Fans Will Be Allowed at Globe Life Field

“Going to be a fun Series,” Bellinger said.

Because of its superior record, Los Angeles has “home field advantage” when the neutral site Series starts in Arlington, Texas, and will bat last in Games 1 and 2, and then in 6 and 7, if necessary.

About 11,000 fans will be allowed at Globe Life Field, the new home of the Texas Rangers with a retractable roof, for each game.

Corey Seager and AJ Pollock boost LA’s offense and Walker Buehler and Clayton Kershaw head the pitching staff. The Dodgers won their 24th pennant by getting past Milwaukee, San Diego and Atlanta, but have not won a title since 1988, falling short a seven-game Series loss to Houston in 2017 and a five-game defeat to Boston the following year.

The Dodgers have won half their pennants since leaving Brooklyn for Los Angeles after the 1957 season.

Tampa Bay is in the Series for just the second time and is among just six current franchises that have never won, joined by Colorado, Milwaukee, Texas, San Diego and Seattle. The Rays lost to Philadelphia in five games in 2008.

While the Dodgers topped the major leagues with a $95.6 million prorated payroll as of Aug. 1, the Rays were 28th at $29.3 million, according to figures compiled by Major League Baseball. Only Baltimore ($23.8 million) and Pittsburgh ($23.6 million were lower).

Tampa Bay’s offense is much less known to most fans. The Rays’ top hitter during the season was Brandon Lowe with 14 homers and 37 RBIs, but he slumped to .115 (6 for 52) with two RBIs in the playoffs. Arozarena has been the breakout star of the postseason, hitting .382 with seven homers and 10 RBIs.

Pitching has been key, with Tyler Glasgow, Blake Snell and Charlie Morton leading the Rays past Toronto, the New York Yankees and Houston. Tampa Bay also is known for taking an innovative approach to the game, employing a versatile staff and occasionally using a four-man outfield.

Since the postseason doubled to eight teams in 1995, the only World Series between the top regular-season records in each league were Atlanta’s victory over Cleveland in 1995, the New York Yankees’ win over the Braves in 1998 and Boston’s triumph over St. Louis in 2013 — all in six games.

Baseball’s postseason keeps getting bigger, expanding to 10 teams in 2012 and 16 this year, when the novel coronavirus pandemic caused the regular season schedule for each team to be cut from the normal 162 games.

The Rays and Dodgers haven’t played that much over the years, only 17 times overall. LA has won 10 of them.

Loney is among a group to have played for both teams that includes Carl Crawford, Jose Cruz, Logan Forsythe, Dioner Navarro and J.P. Howell. The Dodgers Are Among Baseball’s Most Traditional Teams

And they share a notorious player in common: Manny Ramirez was acquired by the Dodgers from Boston in July 2008 and stayed until August 2010. He signed with the Rays for the 2011 season but retired after five games rather than face a 100-game suspension for a positive drug test.

Tampa Bay began as expansion team in 1998 and transformed from Devil Rays to plain old Rays for the 2008 season, the first after Stuart Sternberg bought control from founding owner Vince Naimoli. The Rays beat Boston in Game 7 of the AL Championship series as Matt Garza outpitched Jon Lester and Evan Longoria, Willy Aybar and Rocco Baldelli, then lost to Philadelphia in a World Series that remains the second-lowest viewed since television ratings are available dating to 1968.

In an attempt to become more of a regional draw, Tampa Bay moved a three-game home series to the Braves’ then-spring training ballpark in Kissimmee in Mayb 2007 and another in April 2008.

The Dodgers are among baseball’s most traditional teams, playing at two ballparks for most of the past century-plus: Brooklyn’s Ebbets Field (1913-57) and Dodger Stadium (since 1962), with a short stop at the Los Angeles Memorial Coliseum from 1958-61). Dodger Stadium remains one of baseball’s iconic venues, with seats of yellow, light orange, foam green and light blue, and the San Gabriel Mountains beyond the outfield pavilions.

Tropicana Field in St. Petersburg is know for its catwalks that obstruct popups and its largely empty seats. The ballpark known previously as the Florida Suncoast Dome (1990-93) and ThunderDome (1993-96), and team has fought unsuccessfully for ballpark projects at the site of nearby Al Lang Field (abandoned in 2009) and Ybor City (abandoned in 2018).