The Clovis City Council approved the land use changes of the two separate projects, both by unanimous votes on Monday night.

Don Pickett and Associates wants to develop mostly vacant land near the northeast corner of Clovis and Dakota avenues in the middle of Clovis and build an office park. It would be adjacent to the city’s recreational facility.

The park would contain 49 buildings for offices and warehouses, says Mike Pickett, the president of Don Pickett and Associates. Ultimately, the market would determine would type of businesses would move in.

The developer asked the city to change the zoning from a variety of uses — including housing — to commercial and light manufacturing.

“This is a business model that we’ve built in Fresno for 30-plus years.  It’s been successful and there is a demand.  It’s a great job creator and allows local ownership which creates local prosperity. We’re excited to bring this concept to the city of Clovis,” Pickett said. 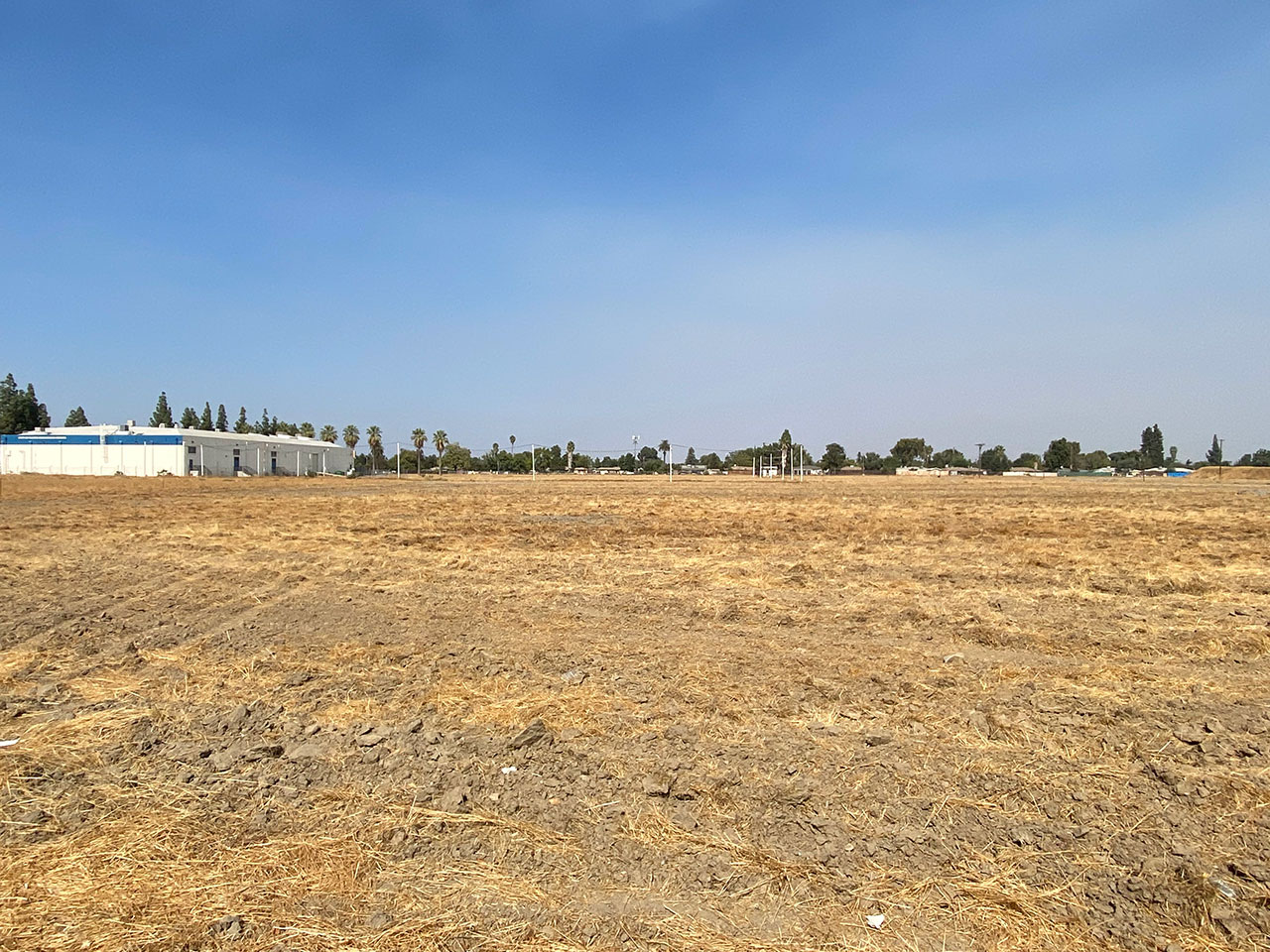 This empty field, once home to a winery, could be home to a Clovis office park (GV Wire/David Taub)

On a Former Winery

The proposal, called the Clovis Dakota Business Park, would be built on the former site of a winery. Built in 1912 by the Tarpey family and operated by many vintners over the years, it was abandoned in the 1970s, bought by the city in the early 2000s, and sold to Don Pickett and Associates last year. Most of the buildings were demolished four years ago.

Pickett would be the second developer to attempt to build at the site. A 144-unit condominium project initially scheduled fell through.

Improvements include a widening of Dakota Avenue with streetlights and sidewalks. Also, a sound wall would be built on the sides with existing residential neighborhoods.

The city’s staff report referenced one letter from a community member concerned about the possibility of medical facilities at the office park. Pickett says that is unlikely, as there would not be enough parking space.

Raising Cane’s Asking For a Drive-Thru

A new fast food chicken chain could be headed to Clovis, now that council approved a drive-thru.

The shopping center at Shaw and Cole avenues wants Raising Cane’s Chicken Fingers to move in to the former Pier 1 Imports store. To do so would require the city council to amend its land use policy for the area which currently prohibits a drive-thru. 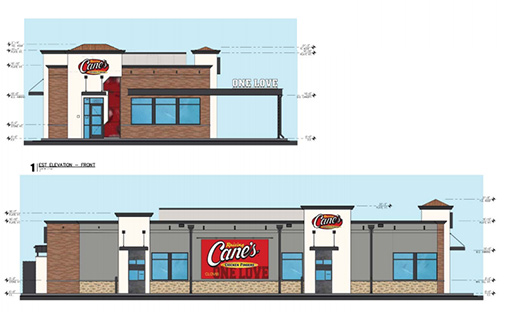 What Raising Cane’s Chicken Fingers restaurant in Clovis may look like according an artist rendering (Image: City of Clovis)

Patrick Murphy, agent for the Sierra Pavilions Shopping Center’s parent company Red Mountain Group, wrote in a letter to the city that other options for the building such as another retailer, sit-down restaurant or restructuring the building were not feasible.

“Given the competitiveness of the fast-casual dining category, the prospective tenants made it abundantly clear that without the drive through service, there was no chance they would consider locating on this property,” Murphy wrote. “In addition, and especially with the current Covid-19 circumstances, the literal survival of tenants in this category requires drive through service.”

The Baton Rouge, Louisiana-based restaurant chain has 500 locations, mostly in the southeast. However, there are about two dozen Raising Cane’s in southern California and two in Bakersfield.

The city planning commission approved both projects last month by a 5-0 vote.