A Thousand Trump Trucks Parade in Fresno and Clovis 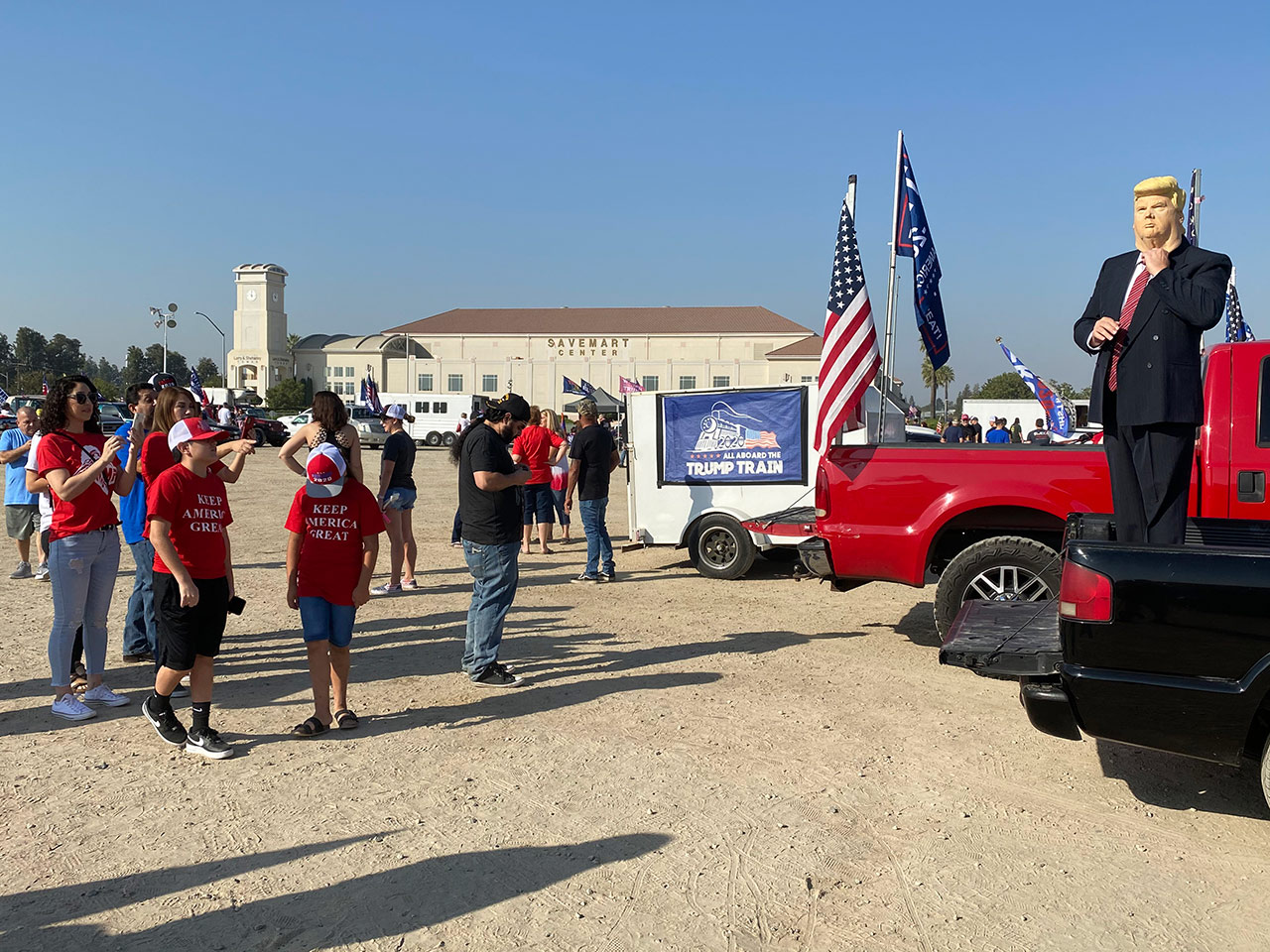 Just because it was called a Trucks for Trump rally, didn’t mean supporters had to ride around in a pick-up.

Of the estimated 1,000 cars staging in a privately-owned parking lot across from the Save Mart Center in Fresno, there were plenty of sedans, a few army vehicles and even one rusted clunker.

Nearly all had flags, either for America, Trump or both. At 11 a.m., the vehicles paraded around Fresno and Clovis in a 15 mile route west on Shaw Avenue, north on Blackstone Avenue, east on Herndon Avenue, south on Clovis Avenue and once again west on Shaw.

Trump supporters gathered hours in advance, partying as if there was a Bulldogs game happening. There were food trucks, merchandise vendors and Rep. Devin Nunes’ campaign staff had a table set up to give away signs and stickers.

“We are among like-minded individuals, patriots here, who just absolutely love the president,” said Jason Phillips, an ardent and visible Trump supporter. “We’re so grateful for everything he’s done for the country. We’re just out showing our appreciation and our support for the president today.”

For Garza, health care is the biggest campaign issue. She wants the administration to end Obamacare.

“It takes so much out of my check … it actually made me homeless for two months,” Garza said. 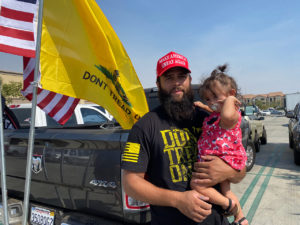 The closest thing GV Wire℠ could find in the form of a protest was a woman giving a thumbs down inside her car as the caravan rolled by.

The few people out on the street reacting to the parade of cars were supporters waving hello.

Organizers encouraged the cars to obey all traffic laws. Fresno motorcycle officers were stationed at several intersections but had a relatively quiet day.

“I really enjoyed it. There wasn’t too much backlash out there,” said supporter Jordan, back at the parking lot near the Campus Pointe shopping center. “I like that he’s (Trump) pro-life, pro-God, pro-guns, pro-country, for America first.”

The Trucks for #Trump parade continues at Herndon and First I’m #Fresno. Have not spotted any protestors. pic.twitter.com/Wj3ufsJNPy

Kevin Terrey had a steady flow of customers at his Trump merchandise booth.

“I just realized there was such a need, a want and a demand for Trump gear, and no one was stepping up,” Terrey said.

The coronavirus pandemic had a detrimental effect on his apparel company, Ink It Stitch It. But, selling Trump merchandise saved his business.

He prepared to sell his merchandise at a Shaver Lake Boats for Trump event which didn’t happen because of the Creek Fire. He normally produces material for schools and restaurants.

“Obviously all that was eliminated. We haven’t had any of that since March,” Terrey said. “This has been another big pivot because we saw the want and the demand.” Rapid COVID Tests Promised by Trump Arrive in Fresno. Where Will They be Used?