Fresno County Remains in 'Red' Tier Despite Fear of Backsliding 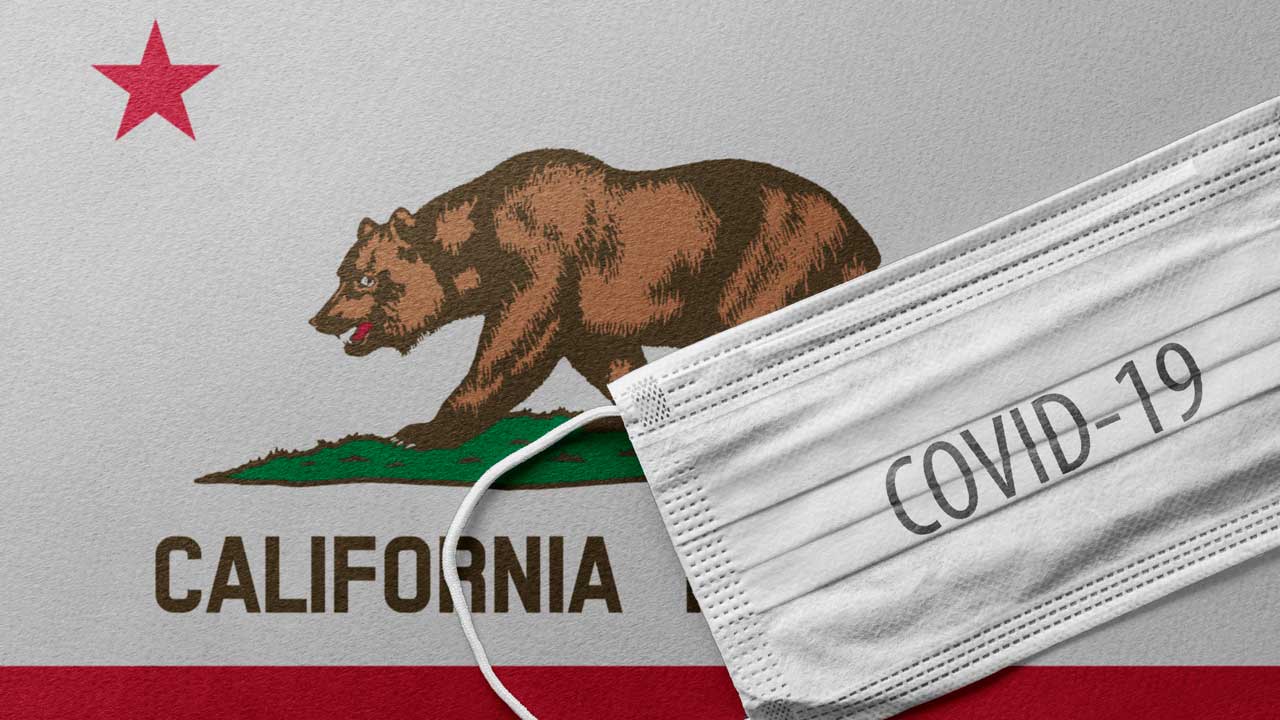 Fresno County remains in the ‘red’ tier for reopening according to updated state data released Tuesday.

After indications from the Fresno County Department of Public Health over the past week that the county would slip back into the ‘purple’ tier for reopening, the news came as a bit of a surprise to business owners who were preparing to again shut down some inside services.

Lewis Everk, owner of Vyxn Restaurant & Lounge and creator of the Facebook group ‘Open Central California Safely’ tells GV Wire℠ he’s confused with how the state is coming up with its data. 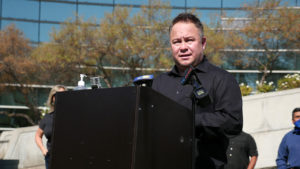 “We have this confusing and convoluted system that not one person has been able to explain to us how we got there.”–Lewis Everk, owner of Vyxn Restaurant & Lounge and creator of the Facebook group ‘Open Central California Safely’

Members of Everk’s group held a Tuesday afternoon news conference in front of Fresno City Hall to speak about the roller coaster they feel they’ve been on throughout the pandemic.

“How did we get to these numbers? It’s building a lot of stress and anxiety for business owners, children in schools, all sorts of different industries,” Everk said at the news conference. “Something’s wrong with these numbers.”

According to the latest state data, Fresno County currently has a 5.1% test positivity rate (down from 5.3% last week), and 6.5 cases per 100,000 residents (down from 7.2 last week). To stay in its current “red” tier, Fresno County numbers need to continue to have less than an 8% test positivity rate and reduce new cases per 100,000 residents to less than 7 over the next week. 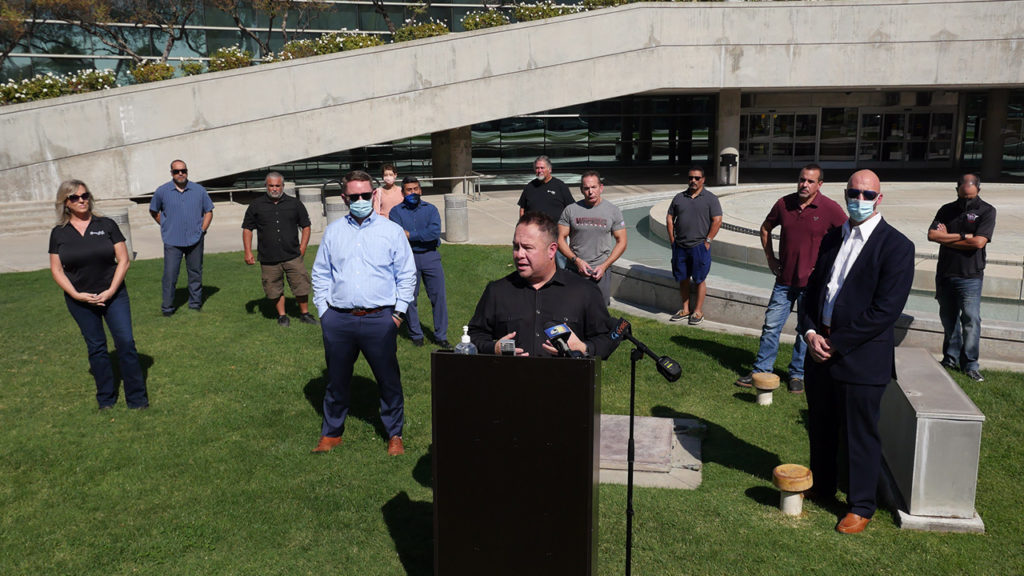 Everk says, “We have this confusing and convoluted system that not one person has been able to explain to us how we got there.” He says the constant threat of every Tuesday morning, when the state releases it’s weekly numbers, to learn whether or not they can open, pay rent, and pay employees is unacceptable. Everk says he plans to stay open no matter what happens next.

House of JuJu co-owner Julie Glenn took direct aim at interim Fresno County Health Officer Dr. Rais Vohra. “My question to you is when are you going to start doing your job as a public health leader?” said Glenn. “We need a public health department, not a public COVID department.” Glenn believes the county needs to do a better job of taking care of the public health of the community in areas such as child abuse cases that are going unreported because kids aren’t in school. She says suicides are also on the rise. 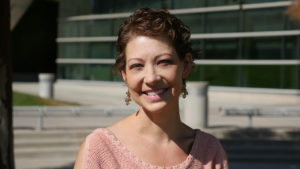 “We just we want to be open and we can do it safely.”–Catherine Hill, owner of Miss Kitty’s Lounge in Clovis.

In late September, Dawan Utecht from the Fresno County Behavioral Health Department said her office had seen an increase in suicide attempts.

‘Press Box’ restaurant owner Tom Miller says business operators are demanding political leaders listen to them and fight for them. “We will not regress! We will not go back to less than 25%. I’m going to make that perfectly clear right now,” said Miller. “Any state, local, county organization, you’re not going to close us.”

Paul Watson owner of ‘Warrior Fitness’ in Northeast Fresno says the purpose of the initial closure was to flatten the curve and not overwhelm the hospital system. He says its time for leaders to stop restricting the ability of people to go back to work. “Where are the COVID numbers that show the employees of Walmart, Costco, Lowe’s, Home Depot are skyrocketing?,” says Watson. “Why is Walmart still open when a small mom and pop store that sells boots has to shut down?”

Catherine Hill owns Miss Kitty’s Lounge in Clovis. She says right after she came out of mastectomy surgery in March everything shut down. She’s now not only fighting cancer, she’s fighting with her landlord over an eviction notice, she said. “We just we want to be open and we can do it safely,” said Hill.

Landlords Are Getting Squeezed Between Tenants and Lenders