Saying California is home to a vibrant Armenian community that is proud to condemn injustice, civil rights abuses and human rights violations, state Sen. Andreas Borgeas  (R- Fresno) sent a letter to U.S. Secretary of State Mike Pompeo urging the United States to stand with the Republic of Artsakh and preserve peace in the region.

Armenia accused Azerbaijan on Thursday of shelling a historic cathedral in the separatist territory of Nagorno-Karabakh, where nearly two weeks of heavy fighting has killed hundreds of people.

The latest outburst of fighting between Azerbaijani and Armenian forces began Sept. 27 and marks the biggest escalation of the decades-old conflict over Nagorno-Karabakh. The region lies in Azerbaijan but has been under control of ethnic Armenian forces backed by Armenia since the end of a separatist war in 1994.

Following a series of calls with the leaders of Armenia and Azerbaijan, Russian President Vladimir Putin late Thursday proposed a cease-fire to allow the parties to exchange prisoners and collect the bodies of those killed.

Senator Borgeas joined with other members of the State Legislature including state Sen. Melissa Hurtado (D – Sanger) in writing the letter.

Part of the letter reads:

“With over 1,900 casualties which include civilians and servicemen and thousands injured amongst them, we respectfully call on the administration to take the following actions:

We ask the Administration and U.S. State Department to be more proactive in preserving peace in the region.” 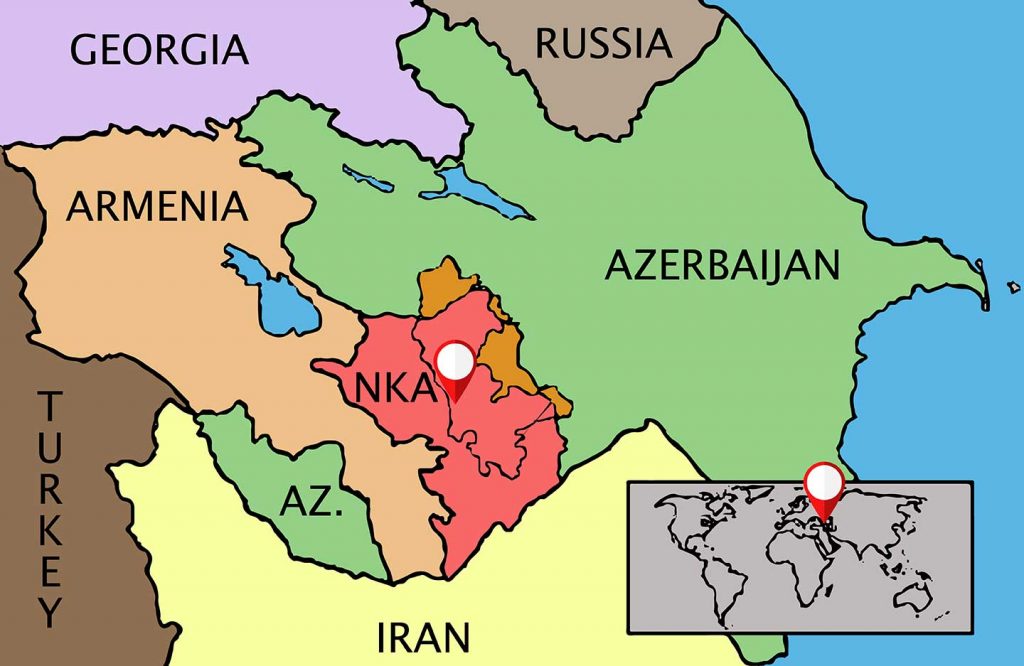 Borgeas hosted an online video discussion about the conflict on Thursday. He was joined by Robert Avetisyan, Permanent Representative of the Republic of Artsakh to the United States, and Berj Apkarian, the Honorary Consul of the Republic of Armenia in Fresno. Borgeas said the purpose of the discussion was to provide a historical overview of Armenia and Artsakh as well as examine the current conflict.

I am honored to join Robert Avetisyan, Permanent Representative of the Republic of Artsakh to the United States, and Berj Apkarian, the Honorary Consulate of the Republic of Armenia in Fresno. I was pleased to host this discussion as a member of the California Legislative Armenian Caucus as well as a member of the Select Committee on California, Armenia & Artsakh Affairs.This discussion is lengthy, but if you are interested in learning about current events in Armenia/Artsakh – be patient. This will hopefully provide an insightful historical overview on the acts of aggression by Azerbaijan and Turkey.This video will broadcast on Facebook at 4:00 pm PST.