The topic of racism, which moved front and center this year on the national radar after a series of incidents involving police killings of black people, was spotlighted Wednesday evening when Fresno Unified trustee Terry Slatic objected to an agenda item that declared the district an anti-racist institution and stated that student academic outcomes and emotional well-being are harmed by racism.

Slatic said that if the intent was to indicate that Fresno Unified now is racist, it would disrespect the thousands of teachers and staffers who have made it their mission to be color blind to students’ races and ethnicities and provide equal opportunities for students.

“The reasonable person could easily discern this resolution as an oblique accusation of FUSD being, to use that sad and tired phrase, a home to systemic racism. I so hope that this board is above that level of partisan fight,” Slatic said. “… Is it possible that trustees, some of whom have been on this board for almost 20 years, are more interested in making political statements than providing direction to a school district?”

Aspiring To Be Better

Other trustees said Slatic missed the point of the resolution. 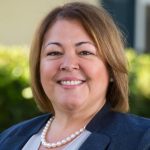 The intent was not to disrespect Fresno Unified staff, but to recognize the existence of racism and its historical impact, trustee Veva Islas said.

“I think that there is a lot of work for us to do to get to the aspirational, in some sense, goals and whereases that are listed here” in the resolution, she said. “I don’t think that I can say in full confidence that we’re meeting all of this. But I like the idea that we’re trying to meet all of it and that we’re trying to become better in stating our aspiration to be better for all of our students.” 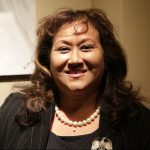 Trustee Valerie Davis said that she believes the community would recognize that the resolution’s goal was to oppose racism and not declare the district racists. She disagreed with the notion that the district should not recognize race and ethnicity, because to do so would deny its diversity.

“We are not color blind, but we recognize our differences, celebrate them and see our diversity as our strength,” Davis said. “And that in itself is its own unity.” 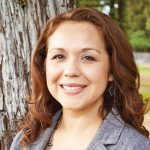 Cazares told Slatic that with three generations of her Latino family going through the California educational system, “We can definitely tell you that racism is real. It hurts me that a fellow trustees has passed that off as partisan fake news.”

Slatic, who is white, doesn’t experience the discrimination and racism that people of color encounter on a regular basis, Cazares said.

“I really think you need to just take a moment to look at your fellow trustees and understand what we have been through in our lives,” she said. “And thankfully you haven’t been through the same. You know, God is giving you the favor of not being a person of color and you’ve benefited from that. There’s been a lot of strife in our lives because of the color of our skin. And we want to stop that for our children’s district.” 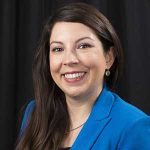 District Should Be A Safe Place

Trustee Elizabeth Jonasson Rosas said she was reminded of how the district a few years ago, in response to the rise in deportations and ICE activity, declared schools to be safe places. The anti-racism resolution is intended to assure students and their families that safety from racism is the district’s goal, she said.

“By us proclaiming that not only we’re not going to be racist, but we’re going to be anti-racist, is a strong pronouncement and one that we need to make as an institution in our Valley, that’s a leader of our community,” she said. “We need to proclaim that for our students — what our values are.” 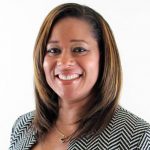 Board president Keshia Thomas, who spoke last, angrily attacked Slatic for questioning the intent of the resolution.

“That was the most insensitive thing you’ve said in this entire time we’ve been on this board,” she said. “We do have a problem. And if you have not seen it, you are the one who has closed your eyes. Not only do our children experience it, but our employees experience it on a high level. For you to belittle it (the resolution) a little late, though, the way you just did, just goes to show that you are so far removed from reality that it’s ridiculous.”

The resolution then passed on a 6-1 vote, with Slatic casting the lone no vote.