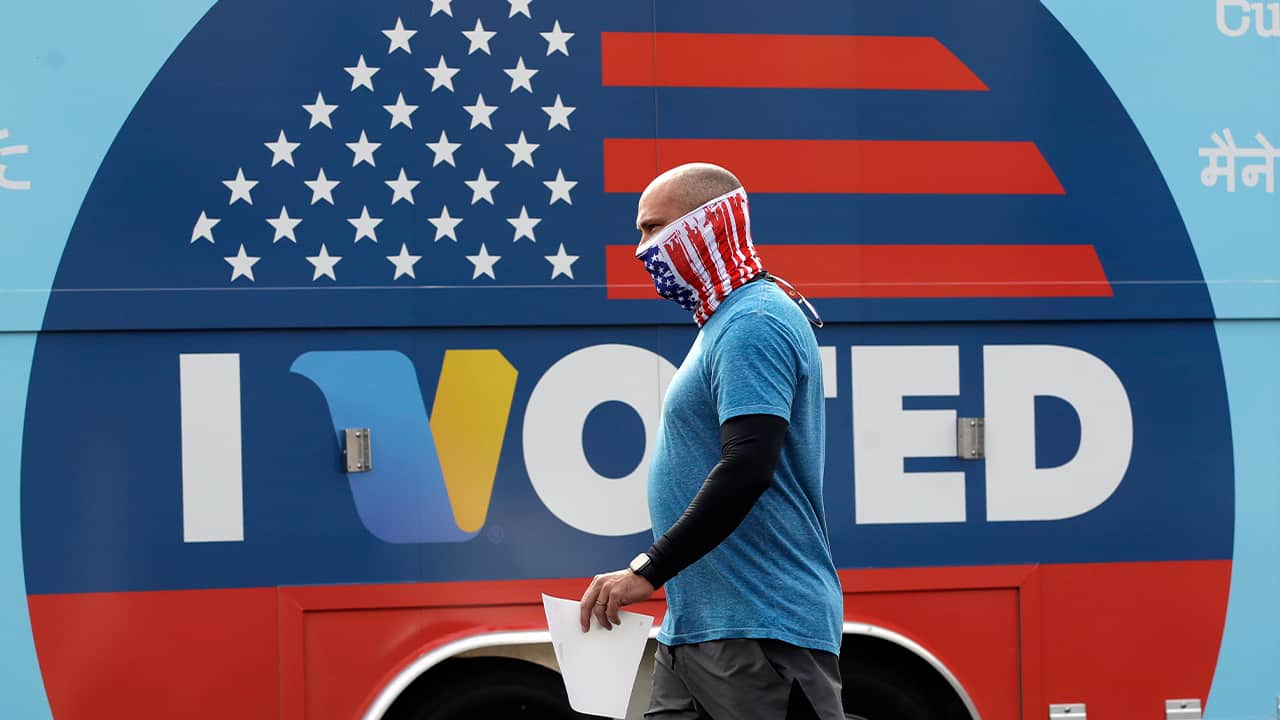 LOS ANGELES — California officials are warning local election offices to be prepared for disruption at polling places and potential cases of voters being intimidated or blocked from casting ballots.

In a memo to county election offices this week, the secretary of state’s office issued a reminder that it is a felony for any person to possess a firearm at a voting location or in the immediate vicinity, unless authorized by authorities, and it’s also illegal to threaten anyone in an attempt to discourage them from voting.

The memo from Jana M. Lean, chief of the state elections division, encouraged the local officials to contact local law enforcement or the California Highway Patrol “to ensure preparedness.”

Voting Has Begun Across California

Early voting for the Nov. 3 election started this week in California. The state has 21.2 million registered voters, about 3 million more than in 2016.

The secretary of state’s office office said the memo was not something the agency had issued to local officials in prior elections. It comes as President Donald Trump has been urging his supporters to go the polls and “watch very carefully.” A Trump adviser in battleground Wisconsin has said to expect more aggressive poll watching.

Trump lost California by over 4 million votes in 2016 and is expected to be trounced again — he is widely unpopular in the heavily Democratic state. But both parties are fighting over competitive House seats and contentious ballot proposals on worker rights, taxes and crime and punishment.

The presidential campaigns, working in concert with the Republican and Democratic parties, are aggressively recruiting volunteers around the country to keep watch over polling places. Former Vice President Joe Biden told those attending a July fundraiser that his campaign has 600 attorneys and 10,000 volunteers ready to ensure voters can cast ballots.

Contact the FCRP to get info on becoming an Election Poll Watcher. Training is offered through the Election Integrity Project! @FresnoCountyGOP (559)225-2566@EIP_CA https://t.co/qPxheoQtIH

Monitoring polling places is allowed in most states, but rules vary.

Under California law, it’s a felony if any person “makes use of or threatens to make use of any force, violence, or tactic of coercion or intimidation” to discourage any person from voting, or forcing them to do so. It is legal for citizens to observe in-person voting, but state law prohibits any intimidation or security guards being stationed at polling locations.

Secretary of State Alex Padilla, a Democrat, said he expected a safe election but the state’s 58 counties need to be ready for potential trouble, including any efforts to threaten or harass voters, or challenge someone’s right to vote.

Voter intimidation can include threats of physical harm, or brandishing weapons. His office will have poll monitors throughout the state, which is routine in elections.

Voters “should be assured that we are in close contact with elections officials across the state, and will address any issues,” Padilla said.

If a dispute or disruption breaks out, the memo suggests that “most incidents can be effectively diffused … with a calm demeanor and approach that advises persons that they are engaged in prohibited activity that violates state law.”

The memo noted that many county election offices already have contacted local law enforcement to provide them with locations for polling and ballot drop boxes “in the event there is a situation where law enforcement is needed.”

In Orange County, where Republicans are seeking to win back four House seats lost in 2018, Registrar Neal Kelley said he had not seen any indication of a greater level of threat this year compared to other elections but “we’re just not sitting back saying it’s not going to happen. … We’re planning.”

Investigators from the county district attorney’s office will be available on Election Day, if needed. In past elections, Kelley said there have been examples of voters being blocked from polling places, or attempting to intimidate voters.

With an extensive radio system in place, “we can respond … within seven minutes, roughly, to any vote center anywhere in the county,” he said.

The office also coordinates with the FBI and other federal agencies, which watch for unusual online activity that could suggest a problem.

As for potential intimidation, “the bottom line for me is getting the word out to voters that we’re not going to tolerate it,” Kelley said.

US Hits All of Iran’s Financial Sector With Sanctions