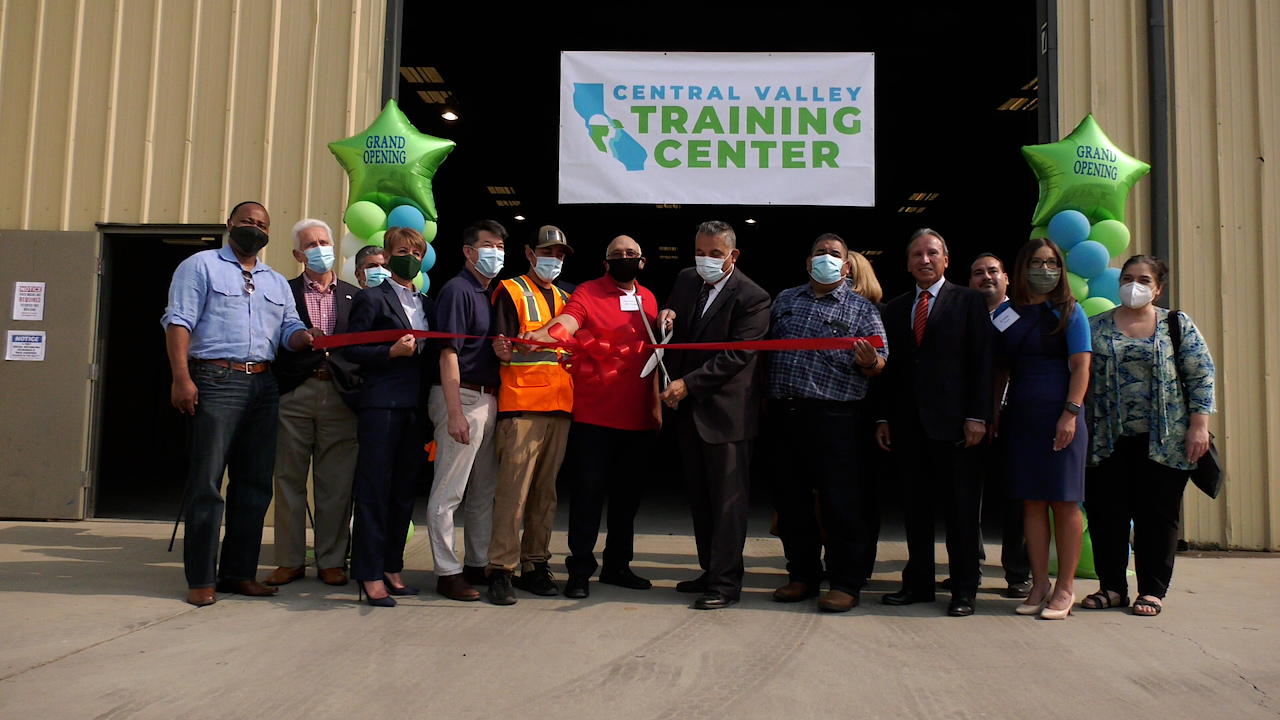 The training facility, located in Selma, now provides classes and hands-on construction industry training for residents across the Central Valley looking to work on California’s high-speed rail project. It was created as a partnership between the local Building and Construction Trades Council, Fresno County Economic Development Corporation and Fresno Economic Opportunities Commission.

The apprenticeships are free. 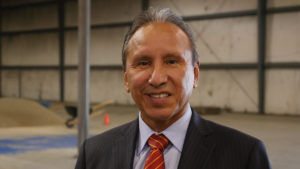 “As an apprentice, around the 20 to 30 dollars per hour range is normal. But once they get on as full time journeyman on a job site, now you’re talking about $50, $60, $70 dollars an hour or so.”–Henry R. Perea, HSR Authority Board Member

This center and its programs are aimed at serving veterans, at-risk young adults, minority and low-income populations in Fresno, Kings, Tulare, Kern, Madera and Merced counties.

“We have to envision our local people are the ones that will benefit from this,” said Lee Ann Eager, CEO of Fresno County EDC.

“Our workforce is growing and moving forward. Every trade is increasing their apprenticeship programs because people are asking for these opportunities,” said building trades council executive director Chuck Riojas.

The apprentices get paid while learning their new craft. “As an apprentice, around the 20 to 30 dollars per hour range is normal. But once they get on as full time journeyman on a job site, now you’re talking about $50, $60, $70 dollars an hour or so,” said Henry R. Perea, HSR Authority board member. “It’s a game changer in terms of us having enough folks to continue building our system (high speed rail) and a game changer for the people in terms of now being in a position to change the quality of their life and their families so they can invest in that first home.”

Students are prepared for careers in over ten different trades that include: 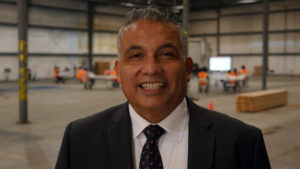 “What we’re doing is offering free apprenticeship training programs for residents throughout the Central Valley so that they could come here, learn some job skills and get a skilled job.”–Selma Mayor Louis Franco

Industry-specific certifications, along with job placement assistance will be provided to all graduating students of the program through coordination with the high-speed rail project and its contractors.

“What we’re doing is offering free apprenticeship training programs for residents throughout the Central Valley so that they could come here, learn some job skills and get a skilled job,” said Selma Mayor Louis Franco. “What we have here is a pathway for a lot of our residents to get into a career. “We want to start building homes in Selma, but we want to make sure that our residents have the ability to be first in line to buy those homes.” 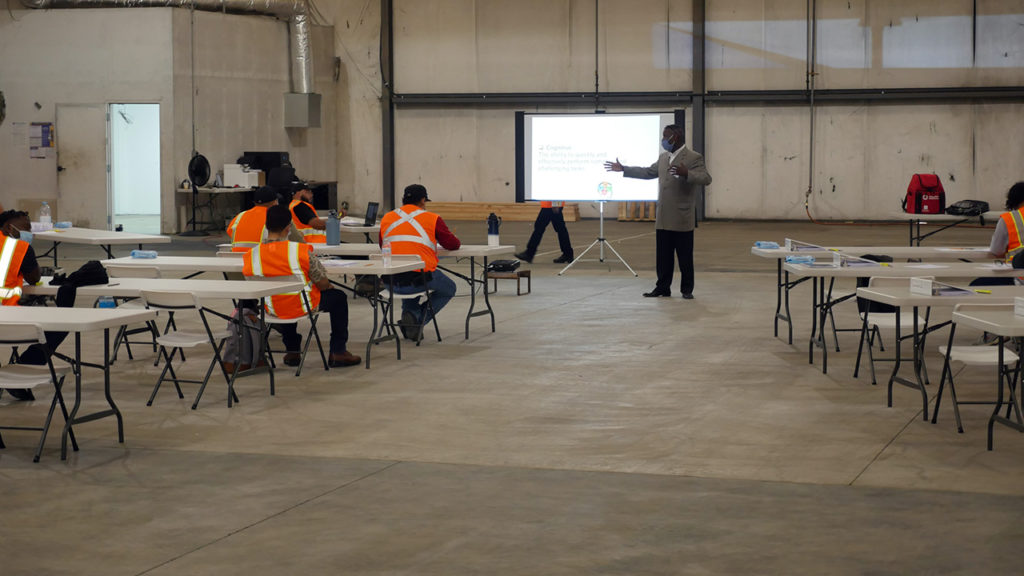 The initial class of 30 is already full.

Selma resident Arturo Garza is one of the program’s first enrollees. “I know the next 16 weeks are going to be challenging. But, definitely life changing,” says Garza. “I am looking forward to learning more about myself, and also about my classmates.”

Another cohort of students is scheduled to begin training in February.

The Central Valley Training Center in Selma launched their website last month and the first class is already full!

Prospective students are asked to fill out an online interest form. From there, the student will be contacted for an orientation to complete the application and assessments.

Students must be 18 years old, have a valid drivers license and the ability to pass a drug test.

Currently, nearly 1,100 workers are dispatched on an average day to 32 construction sites between Madera and Kern counties.

Since the start of construction, more than 4,300 construction workers have been employed on the high-speed rail project.

Rep. Jim Costa (D – Fresno) acknowledged the challenges HSR has experienced in building out the system. “There is no book on how to build high speed rail,” said Costa. He said he’s backing legislation that would provide $32 billion in additional funding California’s project and others in federally designated high-speed rail corridors.

Earlier this month, crews placed 19 of 20 girders over SR 43 and @BNSFRailway line for the Avenue 88 Grade Separation in Tulare County. This is the first time girders were placed over a highway and the BNSF rail line in CP 2-3. #BuildHSR https://t.co/barpBZqZ86 pic.twitter.com/cpLlGxYoPJ

In early September, Fresno businessman Tom Richards was appointed as the HSR Authority’s board chair.

Richards is CEO of The Penstar Group, a real estate investment, development and construction company. His company’s projects have extended from Santa Barbara to the Central Valley, from Sacramento to Bakersfield and in the Inland Empire from Corona to Victorville.

Costa believes with the Central Valley’s HSR representation, including Perea, Richards, and Rep. T.J. Cox (D – Fresno) — the region is in prime position to reap many economic benefits from the construction and ongoing maintenance of the rail system. 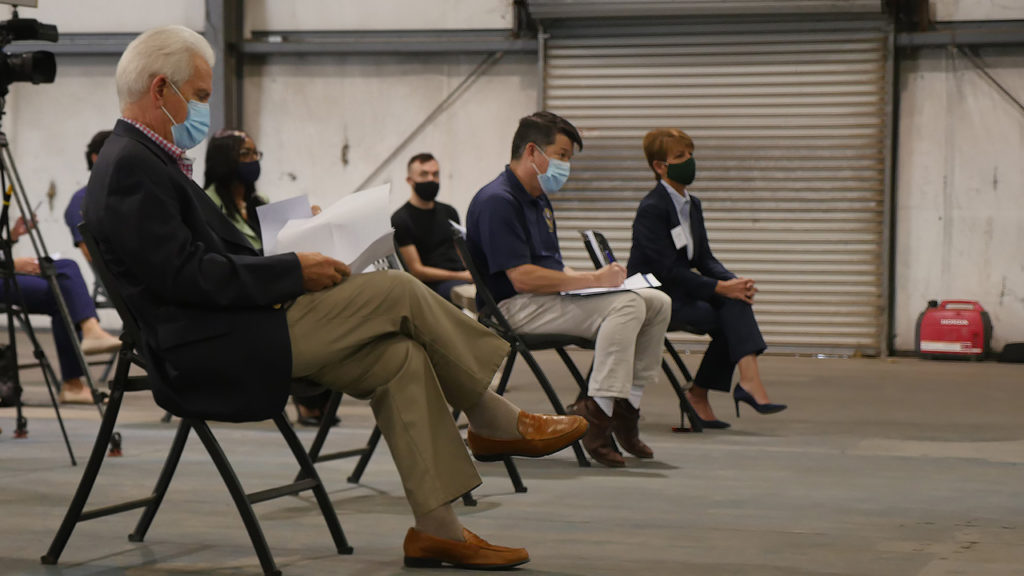 Though a permanent location of a Central Valley HSR maintenance facility has yet to be chosen, Perea hinted that Fresno County is a likely candidate.

Perea believes the facility will provide hundreds of jobs. He says even though the decision on where the permanent maintenance facility will be built is year away, the first trains used on the system will be commissioned out of Fresno.

“We will be, for lack of a better term, the interim heavy duty maintenance facility,” said Perea. He said leaders on the world stage are watching to see how California’s project comes together.

“There’s no reason why Fresno County cannot become and be the high speed rail capitol of the United States,” said Perea.

Perea also says Fresno State will be developing new curriculum to train the next generation of high speed rail workforce that will be needed in future years.

How the Pandemic Reshaped California Politics in 2020