Democrats Press Ahead on Partisan COVID Bill as Talks Drag 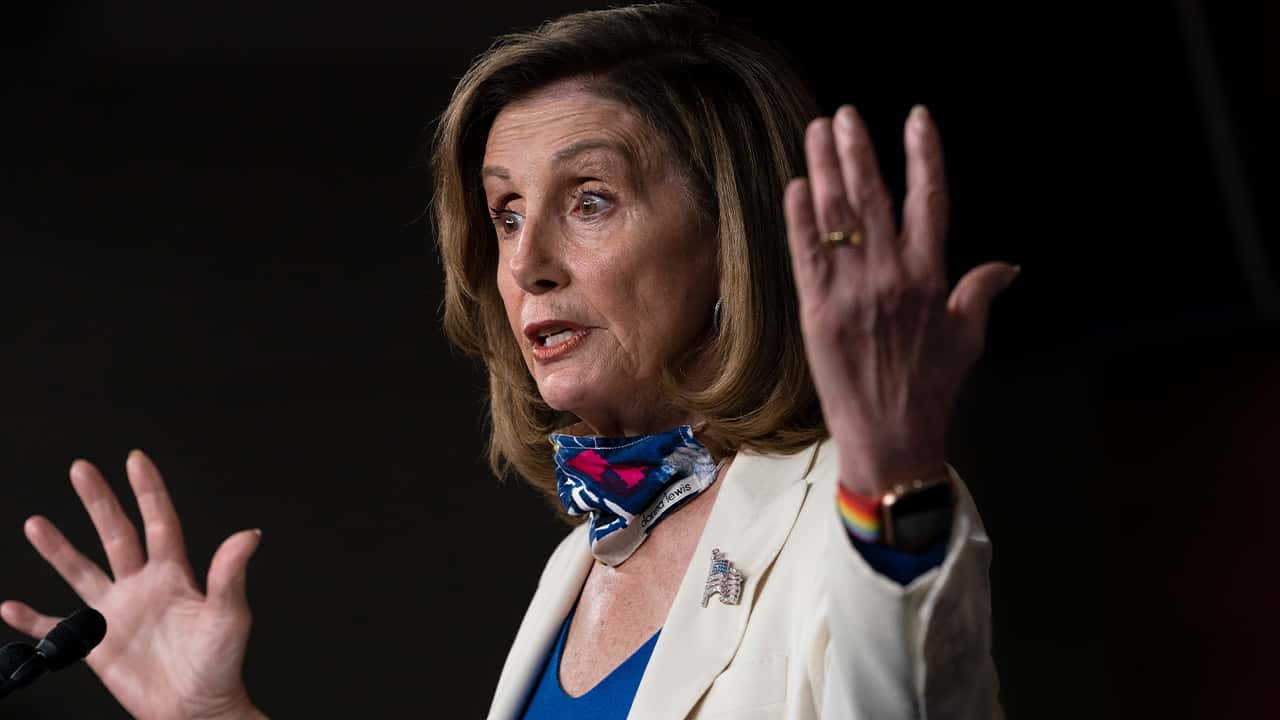 WASHINGTON  — With top Washington negotiators significantly apart on a huge COVID-19 relief bill, Democrats controlling the House are plunging ahead with a partisan debate on their next option — a $2.2 trillion measure that’s anathema to the White House and Capitol Hill Republicans.

Thursday’s vote was chiefly sought by moderate Democrats who say the party needs to display greater flexibility. But the end result was a partisan debate around the legislation that was expected to end with a mostly party-line vote, leaving lawmakers no closer to an outcome.

Voting on the $2.2 trillion plan came after a burst of negotiations this week between Treasury Secretary Steven Mnuchin and House Speaker Nancy Pelosi, D-Calif. The Trump administration delivered concessions Wednesday, including a $400 per week pandemic jobless benefit and a markedly higher overall price tag of $1.6 trillion, but that failed to win over Pelosi.

“This isn’t half a loaf, this is the heel of the loaf,” Pelosi said in a televised interview Thursday. Pelosi spoke after the White House attacked her as “not being serious.”

The ramped-up negotiations come as challenging economic news continues to confront policymakers. The airlines are furloughing about 30,000 workers with the expiration of aid passed earlier this year, and a report Thursday showed 837,000 people claiming jobless benefits for the first time last week. Most of the economic benefits of an immediate round of COVID relief could accrue under the next administration, and failure now could mean no significant help for struggling families and businesses until February.

While the offer from Mnuchin on unemployment is higher than the $300 per week benefit backed by conservative Republicans, his price tag of $1.6 trillion or more could drive many Republicans away, even as it fails to satisfy Pelosi.

Details on the White House Offer Were Confirmed by Congressional Aides

“We raised our offer to $1.6 trillion,” White House Press Secretary Kayleigh McEnany told reporters Thursday. “It’s one that she is is not interested in.”

The White House plan, offered Wednesday, gave ground with a $250 billion proposal on funding for state and local governments and backed $20 billion in help for the struggling airline industry. Both areas are of great interest to Democrats’ union backers.

Details on the White House offer were confirmed by congressional aides, speaking on condition of anonymity to discuss closed-door discussions.

As the talks dragged on, House leaders announced a Thursday evening vote on their scaled-back “HEROES Act,” which started out as a $3.4 trillion bill in May but is now down to $2.2 trillion after Pelosi cut back her demands for aiding state and local governments. The legislation came after party moderates openly criticized her stance.

White House Chief of Staff Mark Meadows cautioned late Wednesday that Trump won’t approach a $2 trillion threshold. But there’s plenty of wiggle room in numbers so large, and the revenue picture for many states is not as alarming as feared when Democrats passed more than $900 billion for state and local governments in May.

Mnuchin has described the talks as the first serious discussions with Pelosi in several weeks.

Pelosi said Thursday that the administration is still far short on aid to state and local governments and in other areas.

“Some of you have asked, ‘Isn’t something better than nothing?’ No,” Pelosi told reporters, citing the “opportunity cost” for provisions sought by Democrats but potentially lost in any rush to agreement.

Pelosi Has Largely Assumed a Hard Line So Far

At issue is a long-delayed package that would extend another round of $1,200 direct stimulus payments, restore bonus pandemic jobless benefits, speed aid to schools and extend assistance to airlines, restaurants and other struggling businesses. A landmark $2 trillion relief bill in March passed with sweeping support and is credited with helping the economy through the spring and summer, but worries are mounting that the recovery may sputter without additional relief.

Pelosi has largely assumed a hard line so far. But she’s never had a reputation for leaving large sums of money on the table and her tactical position — facing a White House and Senate controlled by Republicans — is not as strong as her demands tactics might indicate.

The White House also seems far more eager for a deal than Senate Majority Leader Mitch McConnell. Any compromise that could pass both the House and Senate is sure to alienate a large chunk of the Senate GOP. McConnell expressed support for the talks and another bill but isn’t leaning into the effort.

“I’d like to see another rescue package. We’ve been trying for months to get there,” McConnell told reporters Thursday. “I wish them well.”

Even if Pelosi and Mnuchin were able to reach a tentative agreement on “top line” spending levels, dozens of details would need to be worked out. A particularly difficult issue, Pelosi told her colleagues earlier in the day, remains McConnell’s insistence on a liability shield for businesses fearing COVID-related lawsuits after they reopen their doors.

The latest Democratic bill would revive a $600-per-week pandemic jobless benefit and send a second round of direct payments to most individuals. It would scale back an aid package to state and local governments to a still-huge $436 billion, send $225 billion to colleges and universities and deliver another round of subsidies to businesses under the Paycheck Protection Program. Airlines would get another $25 billion in aid to prevent a wave of layoffs.