Longshot Against Devin Nunes? Arballo Will Take Those Chances 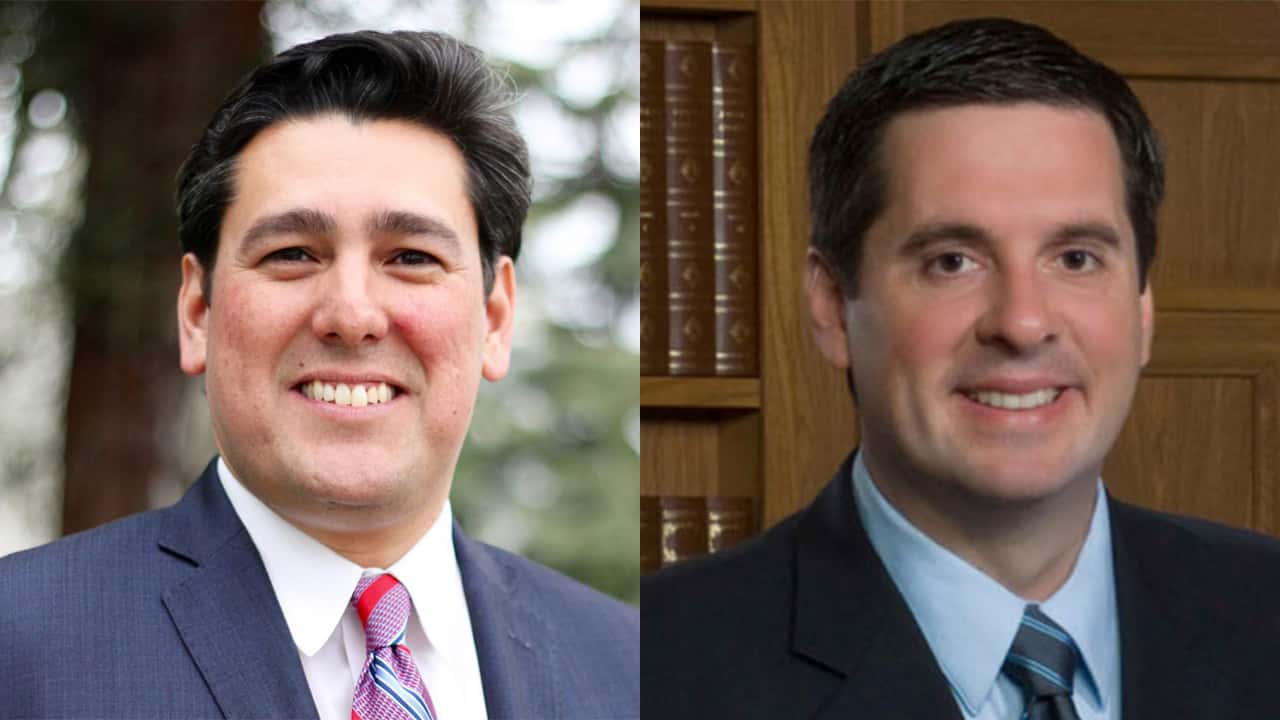 Phil Arballo may have at least one thing in common with Devin Nunes, the nine-term Republican he hopes to defeat for Congress — they’ve both experienced chanting protesters.

For the last two years, demonstrators have targeted Nunes on several issues — from the congressman’s close ties to President Donald Trump to health care.

“The Sunrise Movement and myself are on the same side. They have a passion. They want us to be super aggressive. And, of course, I need to say I want to see that, too. But I need to win an election to make that change,” Arballo said.

This morning, we visited @PhilArballo2020 to let him/SJV Dems know that we can’t sleep while the climate crisis burns our communities.

Will u meet the moment, stop ghosting, and commit to bold climate action?

SIGN THE NO FOSSIL FUEL $ PLEDGE LEFT ON YOUR FRONT DOOR TO START✏ pic.twitter.com/PxXMboNhOn

That is where the similarities between Nunes and Arballo end. The 41-year old Fresnan is trying to achieve what many Democrats tried, but none of accomplished — defeating the powerful congressman, who for most of political career has enjoyed strong support from his district.

GV Wire℠ interviewed Arballo for this story. There was no response from the Nunes campaign to a request to speak with the congressman.

A Long Shot for Arballo 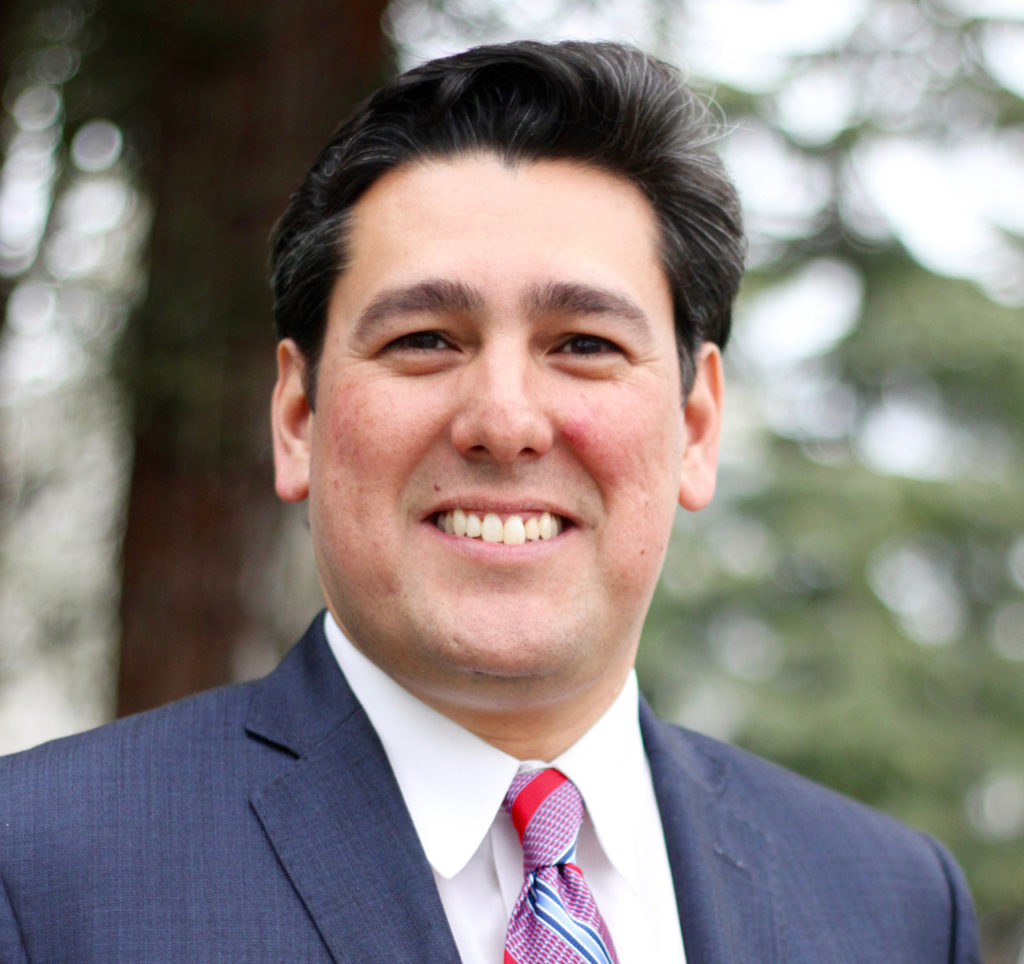 For 18 years, Nunes has left Democrats in the dust in the general election. Will he add Arballo’s name to the tombstone in the political graveyard of Democratic hopefuls, joining David LaPere, Fred Davis, Steven Haze, Larry Johnson, Otto Lee, Suzanna Aguillera-Marrero, Louie Campos, and Andrew Janz?

Until 2018, Nunes has obliterated his opponents, averaging 72.5% of the vote per election.

The Democratic “Blue Wave” surge two years ago cut his support to 52.7%. Though he defeated Janz by five points, it was the closest race in Nunes’ congressional career.

The 22nd Congressional District — which encompasses parts of Fresno and Tulare counties — has a six-point Republican registration advantage of 40% to 34% Democrat.

Political pundits are predicting another term for Nunes. The Cook Political Report calls the district “likely Republican”; Larry Sabato’s Crystal Ball and Inside Elections don’t even rank the race.

Nunes is also winning the fundraising battle. Through the end of June, Nunes’ campaign reported raising $16.3 million in Federal Election Commission filings. Through the same period, Arballo raised $2.6 million, but says he is now up to $3.5 million.

Arballo said he is on pace to raise the same as Janz.

For Arballo to win, he will need to convince Republican voters to cross over.

“We have a representative (Nunes) who’s pushing a one sided agenda. He’s not trying to reach over. He’s not trying to to pick off those independent or even moderate Democrats. He’s focused on one base and one base only. And that’s why we have more paths to victory here in 2020 than than than we had 2018,” Arballo said.

“I’m a regular guy who grew up here in the Central Valley. I’ve had to work multiple jobs to get to where I am in life and be the first in my family to graduate. And now I have my own business here. I’m raising a family,” Arballo said.

Devin Nunes has once again turned on the fundraising jets, allowing him to be on TV early and often. However, most of his TV and radio ads deal with topics other than running for Congress.

Nunes heavily marketed a podcast he hosts in his campaign advertising. He’s also pushed Proposition 20 to toughen California’s criminal laws and is running a general attack ad on liberal and Democratic policies.

The fact that he is on TV, Arballo said, shows Nunes is worried.

“As soon as I announced (running for Congress), one month later, he was up on television. Look, Devin Nunes is running against Devin Nunes. He has an image problem,” Arballo said. “He’s not only taken me for granted, probably he’s taken his voters and he’s taken his constituents for granted.”

Recovery from the COVID-19 pandemic is Arballo’s top priority. That goes hand in hand with health care.

“That starts with making sure that everyone in this in this country has access to quality and affordable health care,” Arballo said. “Health care is a human right.

The economy and financial relief are also important. Arballo’s wife, Cynthia, lost her job as an interpreter because of the pandemic.

“It also translates to health care, because those who lost their jobs have lost health care because they’re tied. And that’s why I’m looking at a public option where you can go outside your workplace and buy your health insurance,” Arballo said.

Nunes Preventing Water to the Valley

Arballo says the Democrats have done their part in passing water bills, something he says Nunes is preventing.

“He’s not interested in fixing the water infrastructure here or bringing clean water to the communities that he supposedly represents. His plan is a snap of the fingers plan. Blame everything on Sacramento,” Arballo said.

When it comes to wildfires, Arballo said its a combination of both forest management and climate change.

“This is really an issue that both sides are right on and that’s why it’s important to have a representative willing to talk with both sides of the aisle and say, we can do both,” Arballo said.

When it came to banning fracking, an position the Sunrise Movement advocates, Arballo said he needed to study issue more.

“It is a big issue, but I think we have bigger fish to fry,” Arballo said.

He supports rejoining the Paris Climate accord.

Quick Takes: Arballo on the Issues

Immigration: “This is a personal issue for me, being a Latino who grew up here in the Central Valley … I don’t think looser (policies will help) and definitely not stricter. Look, there is an in-between. We don’t need to be separating families at the border and separating children from their parents.”

Gun rights: “I have no problem with anyone else’s right to own a firearm. But not just any firearms. And we can’t be having weapons of war in the hands of anyone … We need to make sure that gun policies in this country are common sense.”

Paying “fair share” of taxes: “We know the big corporations in this country, whether it’s Amazon or whoever else, they pay basically zero in taxes. And that’s that is completely, completely unfair to the little guy at the very bottom.” [Note: this question was answered prior to published stories about President Trump’s tax returns]

Running for Congress wasn’t Arballo’s first objective. Last year, he filed to run for Fresno city council in a special election before dropping out to challenge Nunes for his congressional seat.

“I wasn’t really sure where I was going to go. Then I had some encouraging conversations with, obviously, the previous candidate in this race (Andrew Janz), some local organizers and some local elected officials,” Arballo said.

Arballo says he’s been active in some city committees, as well as the Fresno Hispanic Chamber of Commerce.

He said he met the demographics he felt best matched the district — a middle of the road voter, Latino, raising a family and supporting a small business.

Arballo works as a financial planner.

“For me, being a Latino in this race in a district that’s 49% Latino was super important to me to have that representation at that level. We’ve never had a Latino member of Congress in the Central Valley before,” Arballo said.

Granville Home of Hope Tickets Sell Out, Raising $800,000 for Non-Profits