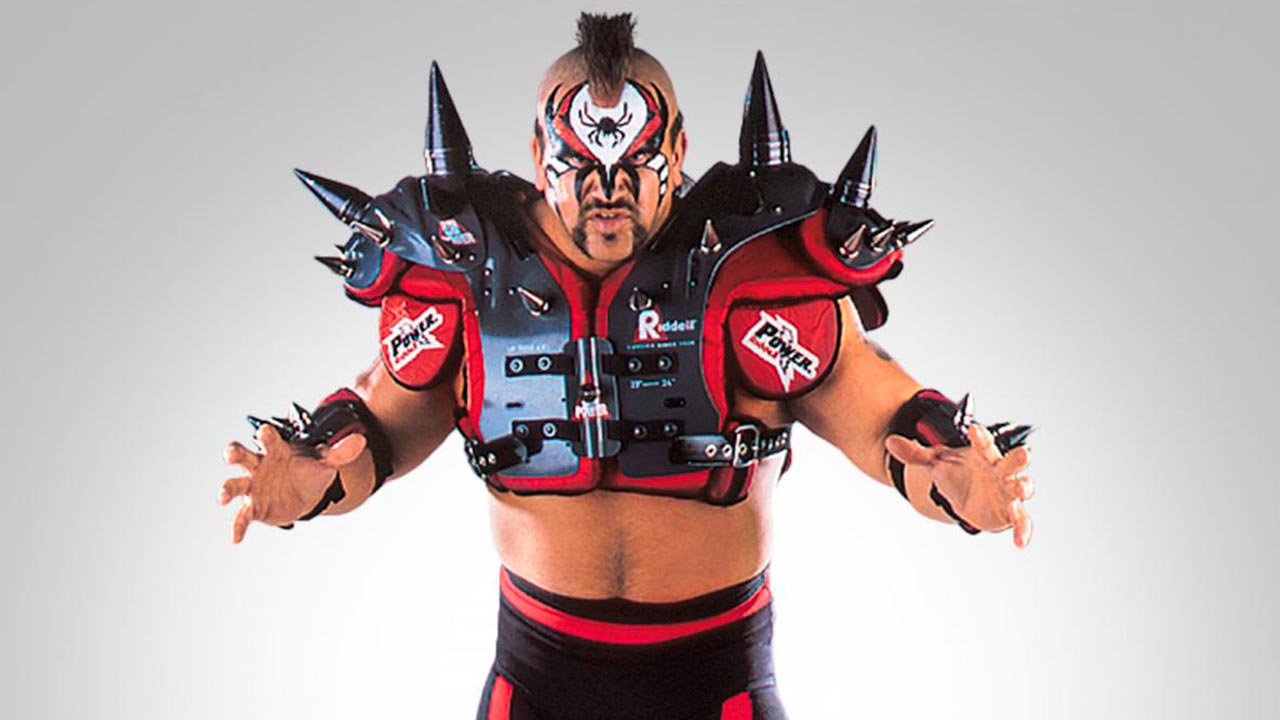 The Road Warriors era in professional wrestling is officially over.

Animal, real name Joe Laurinaitis, died at the age of 60 his family announced on Wednesday.

At this time, we would like to confirm the passing of Joseph Laurinaitis aka Road Warrior Animal at the age of 60. The family is planning to release a statement later today. At this time we ask for you to keep everyone in your thoughts and prayers. #OhWhatARush

Along with his partner, the late Michael Hegstrand, aka Hawk, the Road Warriors revolutionized wrestling in a decade of dominance.

First appearing together as a team in 1983, the Road Warriors ushered in the era of massively-muscled wrestlers, where size meant more to legitimacy as a tough guy than in-ring skill.

But, Animal backed up his tough-looking exterior with legendary stories of strength and guts. There was that time when Warlord of the team Powers of Pain — one of many Road Warrior clones — accidentally broke his eye socket on wayward body slam attempt.

With a heavily-hyped bench pressing contest between the two teams set to be taped two days later, Animal missed only one booking. He participated in the event, only to be ambushed by the Powers of Pain with a kick and a weight plate to the face.

That part was for show, as it allowed Animal the time off for surgery. He missed six weeks before coming back with a Jason-style hockey mask.

The Style That Spawned Hundreds of Imitators

The Road Warriors fashioned ultra-muscular, hyper-aggressive, face-painted style of wrestling. Many other teams copied their style — Demolition, the Powers of Pain, the Bladerunners — and hundreds of other lesser-known wrestlers.

Laurinaitis broke into wrestling in 1982, one of many Twin City based wrestlers with huge physiques that changed the wrestling landscape. He started as the singular Road Warrior.

His style was still a work in progress. He looked more like a singer for the Village People, albeit the biggest and meanest looking.

Hegstrand was friend from home, and both worked as bouncers before each gave wrestling a hand. Wanting a muscular team after seeing the movie “The Road Warriors,” promoter and wrestler Ole Anderson called the duo’s trainer asking for recommendations for his show that aired nationwide cable on what is now TBS.

Anderson paired them with manager Paul Ellering, another Minnesotan with a bodybuilding background. In addition to being the typical ringside antagonist, Ellering worked as their real manager, arranging travel and contracts.

They stormed to the ring with a perfect theme song —”Iron Man” by Black Sabbath — then beat on the hapless opponents. In TV matches that would last mere minutes, Animal would lift his foe on his shoulders and Hawk would come off the top rope with a clothesline, known as the Doomsday Device.

The Road Warriors were one of the first wrestling acts to be pushed based on their looks rather than wrestling ability. It didn’t matter that Hawk nor Animal could have a technical classic. The fans believed they were the meanest and toughest.

And, usually they were. Out of the ring, Animal was considered the strongest and toughest; Hawk the craziest. No one dared try them.

On interviews, Animal was more stoic than his partner, promising violence and destruction and enjoying it. He usually delivered.

“Animal was truly iconic in the business of professional wrestling. I’m sure he is connecting with his tag partner Hawk in heaven, where they are heavenly Road Warriors once again. Our thoughts and prayers go out to his family. Rest in peace brother,” said Lance Cardoza president of Fresno-based Lucha Xtreme Wrestling and friend of Animal.

After wrestling for the TBS-based Georgia group, the Road Warriors left for the AWA in 1984; NWA-member Jim Crockett Promotions in 1986 — which by then aired weekly on TBS — and the WWF in 1990.

Each stop, the Road Warriors worked the top of the cards, holding the top tag team championship.

Although they started their careers as bad guys, based on their menacing looks and bullying tactics, the fans cheered for them anyway. How can two dominant butt-kickers truly be bad guys?

By 1985, the Road Warriors were officially babyfaces, or the good guys, when they battled The Russians, which consisted of two-Minnesota based colleagues, Nikita Koloff (aka Steve Simpson) and Khrusher Khrushchev (aka Barry Darsow, who also wrestled as one-half of Demolition).

The Road Warriors also became regular main eventers in Japan, where their look and brawling style was exactly what the audience wanted.

By 1992, the team slowed down. Thanks in part to a steroid crackdown the industry was under, the Warriors — also called the Legion of Doom — were taken off WWF shows. A back injury later that year sidelined Animal for four years. The heyday of the Warriors was over.

Animal eventually came back in 1996, but the Road Warriors place as the toughest and most visual of wrestlers had diminished. No longer were the team main eventers. By 1999, they weren’t even regulars for a major U.S. promotion.

Since wrestlers never really retire, Animal would make occasional appearances for the WWE as it became known.

Animal was followed into the wrestling business by his two brothers, Marc who had a short career known as The Terminator (another Road Warrior clone); and John, who was best known as wrestler Johnny Ace and then an executive with WCW and WWE.

James Laurinaitis, Animal’s son, was a star college and NFL player, most notably for Ohio State and the Rams.

The WWE inducted the Road Warriors into its Hall of Fame in 2011.

Investigators with the Camden County, Missouri Sheriff’s Office said Animal died Tuesday night from natural causes while staying at a resort with his wife. The exact nature of his death is under investigation.

It is believed that Animal first wrestled in Fresno in 1989, according to The History of WWE website. Wrestling for WCW at Selland Arena, the Road Warriors fought the Samoan Swat Team to a no contest on June 3 of that year.

His next appearance would for the WWF on Nov. 4, 1990, when the Legion of Doom (as they were billed in the WWF) beat Demolition.

After nearly a seven-year layoff, LOD wrestled in a 1998 TV match in emanating from Fresno, defeating The Rock N Roll Express by DQ.

LOD’s star began to fade. They were rebranded as LOD 2000, with the beautiful Sunny as their manager. They lost to the team of DOA at the Fully Loaded 1998 pay-per-view, aired July 26 from Selland Arena.

After another lengthy exile, Animal returned, billed as the legendary veteran for a May 7, 2006 WWE card at the Save Mart Center. He and a French-Canadian wrestler Sylvan lost to the unheralded team of Gunner Scott and Paul Burchill.

That is believed to be his last Fresno match.