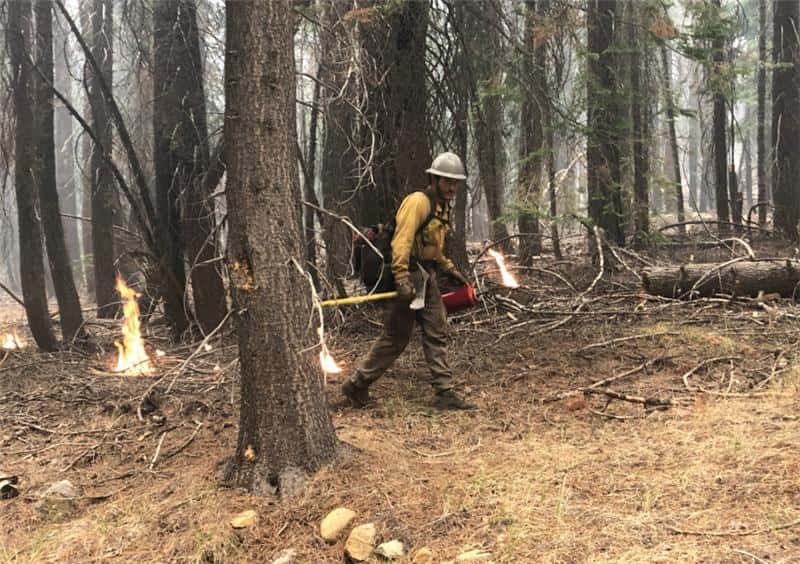 Adam Hernandez oversaw prescribed fire and fuels management for the Sierra National forest before leaving the U.S. Forest Service last year. He now teaches wildland fire technology at Reedley College and offers a unique perspective into how the USFS was trying to manage the forest before the Creek Fire ravaged the landscape.

Hernandez started working on the Sierra National forest in 2008. His experiences ranged from fire prevention, to fire suppression on hotshot crews, to fuels management.

He understands why people are frustrated at the devastation of the Creek Fire, but he believes his former colleagues were making great strides in trying to prevent what occurred. “Just like any forest in the central Sierra there’s a lot of effort to try to restore fire back into the landscape,” Hernandez said to GV Wire℠ by Zoom.

Hernandez believes the Creek Fire just happened to be very bad timing before the project work could be finished.

Red Tape Can Add Years to a Project 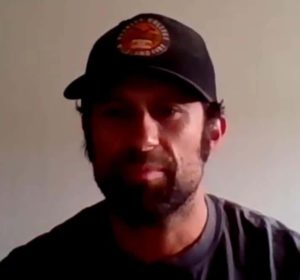 “You can imagine a 50,000 acre project, just doing the surveys alone from each specialty group from archaeology, to wildlife, to aquatics, to watershed, that’s a daunting process.”–Adam Hernandez, Wildland Fire Technology Instructor at Reedley College and former USFS Firefighter

Depending on the scale of a project, Hernandez said, the paperwork involved can be laborious and time consuming. For bigger projects, he says 2 to 3 years of pre-work is not out of the ordinary. Smaller projects can be done in about 6 months time.

Hernandez says attention must be paid to native species, water quality issues, how the manipulation of timber will impact the environment and animals, not to mention the amount of time allotted for public comment.

“You can imagine a 50,000 acre project, just doing the surveys alone from each specialty group from archaeology, to wildlife, to aquatics, to watershed, that’s a daunting process,” Hernandez explained. “What we need on the landscape are very large projects. Increasing the pace and scale of some of this work that we’re doing is necessary.”

As for the length of time it takes to get preparations done before a prescribed burn can be done? “Yeah, there’s a healthy process for anything to do with managing public lands,” says Hernandez. “Planning a project is a lengthy and expensive process.”

He says the difficulty with big bureaucracies is there are a lot of built in institutional barriers that make it challenging. “But the will is absolutely there,” he says reassuringly.

Hernandez says there is definitely a role for private industry to play in helping create a healthier and better forest.

“The forest service doesn’t have every single tool in the arsenal to get all the work done.” Hernandez said the USFS specializes in managing the land, doing prescribed burning, and implementing policies correctly.

“Everybody plays a part. It’s not just the federal agencies. It’s the private companies and biomass that can help alleviate some of these fuel loadings that are out there.”

Status of the Sierra National Forest

In 2008, when Hernandez began working in the forest, he said many of the well-known recreation areas already had been managed well. He says a lot of prescribed fire had been utilized to make certain areas very healthy.

“But when you talk about 1.2 million acres of national forest, there’s going to be places that don’t get the attention because maybe they’re not in an urban interface area,” said Hernandez. The places where people and homes run up against wildland must be the priority, he added.

He says when he was working in the forest there was a lot of work already being done via the Dinkey Landscape Restoration Project. The DLRP covered 154,000 acres in the southern Sierra Nevada within Fresno County. The project used prescribed fire, mechanical thinning, watershed improvements and other restoration treatments. The goals? Create a landscape resilient to uncharacteristic wildfire, insect and disease, climate change, drought, invasive species, and air pollution.

Hernandez also says a lot of planning had been going into doing more prescribed burns throughout the Sierra National Forest right up to the start of the Creek fire.

GV Wire℠ asked if he could lean on his experience and wave a magic wand to make things better for future generations, what would he do?

“We have our suppression program that we’ve always had,” says Hernandez. “We need it. We fund it pretty heavily.”

He then considered an alternative.

He thinks this could ultimately lead to a healthier forest with less fire and less need to spend large amounts of money on fire suppression.