Did Harris and Newsom Trespass for Political Photo Op? 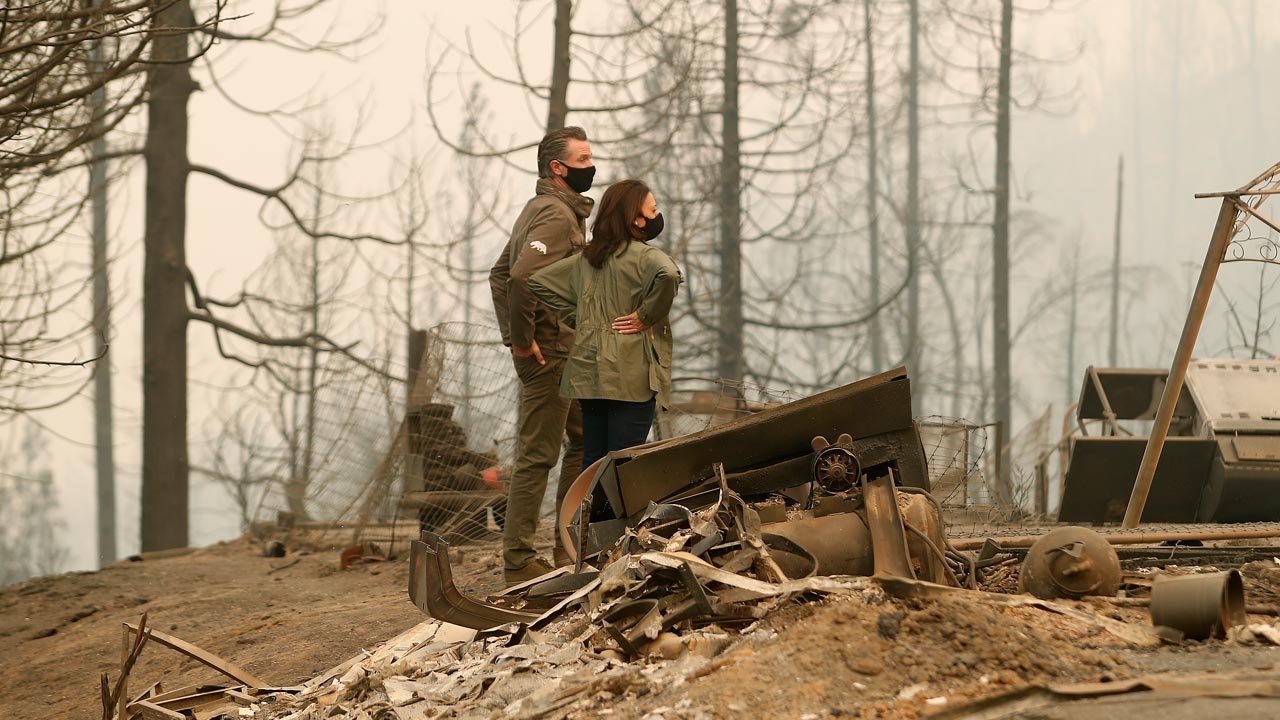 Were Kamala Harris and Gavin Newsom trespassing when they viewed a burned out home during a campaign stop yesterday in Auberry?

The son of the owners says so, and does not appreciate his family’s misfortune being turned into a political prop.

As California senator and vice presidential candidate Kamala Harris and Gov. Gavin Newsom toured Creek Fire damage yesterday, they visited the remains of a home across the street from Pine Ridge Elementary School in Auberry.

In a Facebook message posted later that evening, Trampas Patten criticized Harris and Newsom, accusing them of using his family’s tragedy for political gain.

“What has me really frustrated right now is the fact that these two politicians used my parents loss for a photo opportunity to push their political agenda! Political party wouldn’t have made a difference in this moment. Decent human beings that have character and class, wouldn’t air someone else’s misfortune on national television!” Patten wrote.

The home on Auberry Road is still under an evacuation order as of Wednesday.

Neither the Biden/Harris campaign nor Newsom’s office replied to requests for comment.

During remarks to the press pool, both Harris and Newsom blamed climate change for the devastating effects of California wildfires.

“Sadly, these wildfires and the devastation they cause are utterly predictable,” Harris said. “Especially in residential areas, and you’ll see where the fire has just swept through. Everything is gone except the chimney… Those chimneys remind me of tombstones,” Harris said.

All that was remaining from the Patten home was a chimney and a truck parked in what was the driveway.

“The hots are getting hotter. The dries are getting dryer. Climate change is real. If you don’t believe in science, come to California and observe with your own eyes and not be in denial about this reality,” Newsom said.

Newsom praised Harris for her leadership in efforts to “decarbonize the economy.”

Patten wrote that Harris and Newsom visited the property without permission.

“For the record, my parents haven’t even been let back in yet themselves, to sort through what is left of their lives, but these two felt the need to go traipsing around my parents property without permission. I guess those property taxes my parents pay allow politicians to do this! Private property doesn’t exist in California anymore!” Patten wrote.

Voting records show that Patten and his mother, Bonnie Patten, are registered Republicans. Sierra Nevada Reels as Flames and Smoke Drive Visitors Away