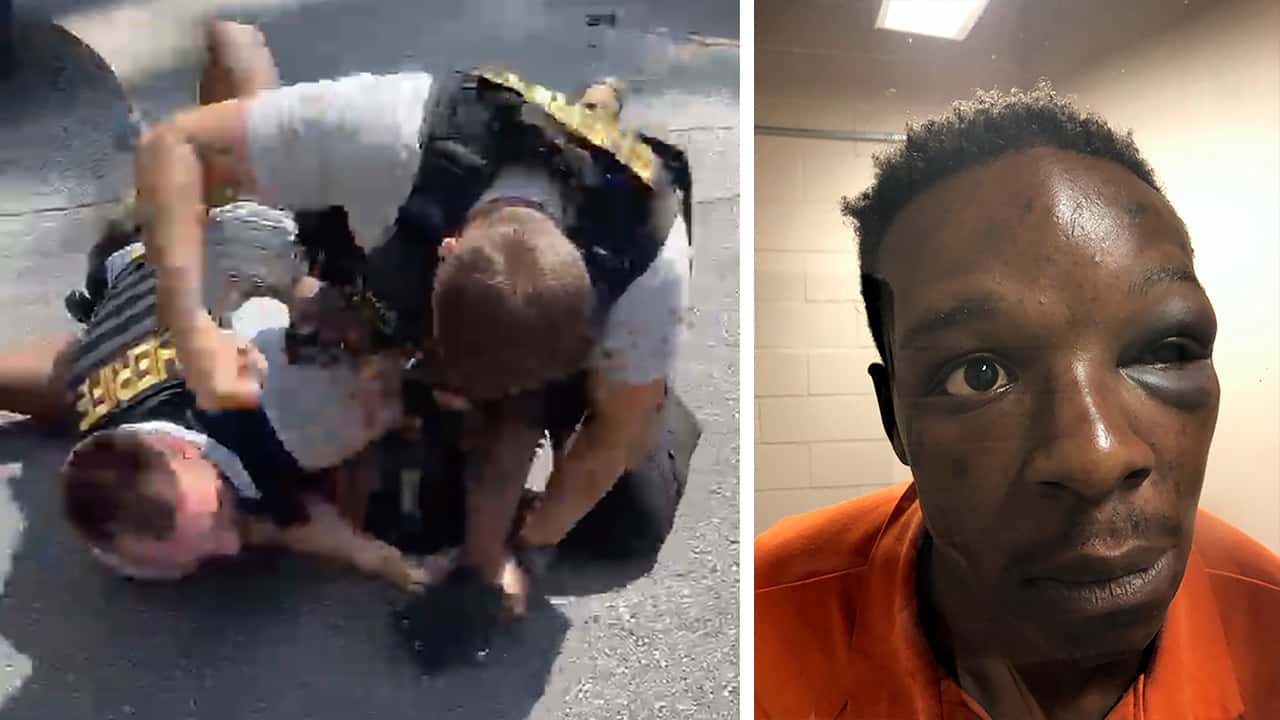 A sheriff’s deputy in Georgia has been fired after being captured on video repeatedly punching a Black man during a traffic stop, authorities said Sunday.

The deputy was being let go for “excessive use of force,” the Clayton County Sheriff’s Office said in a statement. It did not identify the deputy, but said a criminal investigation has been turned over to the district attorney’s office.

Roderick Walker, 26, was arrested and beaten after Clayton County sheriff’s deputies pulled over the vehicle he was riding in Friday with his girlfriend, their 5-month-old child, and his stepson for an alleged broken taillight, his attorney, Shean Williams of The Cochran Firm in Atlanta said Sunday. The deputies asked for Walker’s identification and got upset and demanded he get out of the vehicle when he questioned why they needed it since he wasn’t driving, Williams said.

The subsequent arrest, captured on video by a bystander and shared widely, shows two deputies on top of Walker, one of whom repeatedly punches him. Walker’s girlfriend screams and tells the deputies Walker said he can’t breathe. A child in the vehicle yells, “Daddy.”

As Walker is handcuffed, the deputy who punched him tells the bystander that Walker bit him.

Williams said his client denies biting the deputy. Walker was trying to survive and lost consciousness at least twice during the beating, Williams said. A photo of Walker taken later in jail shows a welt under his left eye.

A Court Denied Bond for Walker Because of Outstanding Warrants

“My reaction to the video is that it just shows unfortunately another incident where an African American male’s civil rights have been violated by people and officers and law enforcement who have the duty first to protect and serve,” he said.

Walker later wobbles and appears to try to jerk free as deputies get him on his feet. He was arrested on suspicion of obstructing officers and battery, according to jail records. Williams demanded his release on bond and said he has asked the Georgia Bureau of Investigation to review the case. He also accused investigators of improperly talking to his client without an attorney at the jail.

A person who answered a call to the sheriff’s office said he could not comment further, citing an ongoing investigation. He declined to provide his full name.

The sheriff’s office said in its statement a court denied bond for Walker because of outstanding warrants, including a felony probation warrant out of Fulton County for cruelty to children and possession of a firearm by a convicted felon.

It said Walker had received medical attention and was being monitored by a doctor at the jail hospital.

Walker, his girlfriend, and the children had dropped off a rental car and found a driver willing to take them home for $10, Williams said. The driver was also Black. Williams said he was released without a citation, though he, too, did not have identification.