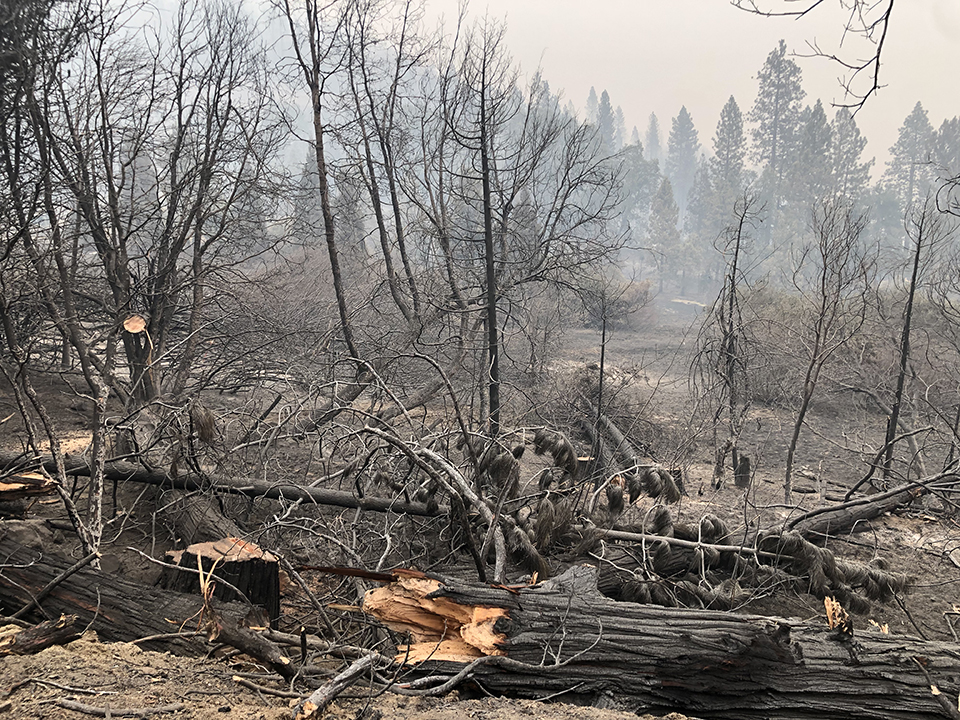 Heavy smoke from the Castle Fire in Tulare County drifted over the Creek Fire on Sunday, aiding firefighters in their efforts to get the upper hand on the now  201,908-acre blaze.

In addition, Cal Fire officials said that the damage assessment for the wildfire is 36% complete. The latest report indicated that 365 structures have been destroyed and 32 damaged.

Addressing the southern section of the fire in Fresno County, Cal Fire officials explained during Sunday night’s incident report that “the southern portion of the fire became shaded from the smoke and the expected increase in fire behavior did not develop.”

But winds at higher elevations cleared the smoke out at Huntington Lake and above.

“With these conditions, the eastern portion of the fire became active in the afternoon and a plume of smoke developed over the Kaiser Wilderness,” Cal Fire officials said. “Some low-intensity spot fires were discovered south of Huntington Lake along Highway 168. These fires are burning away from the fire’s edge but remain within an indirect control line.” 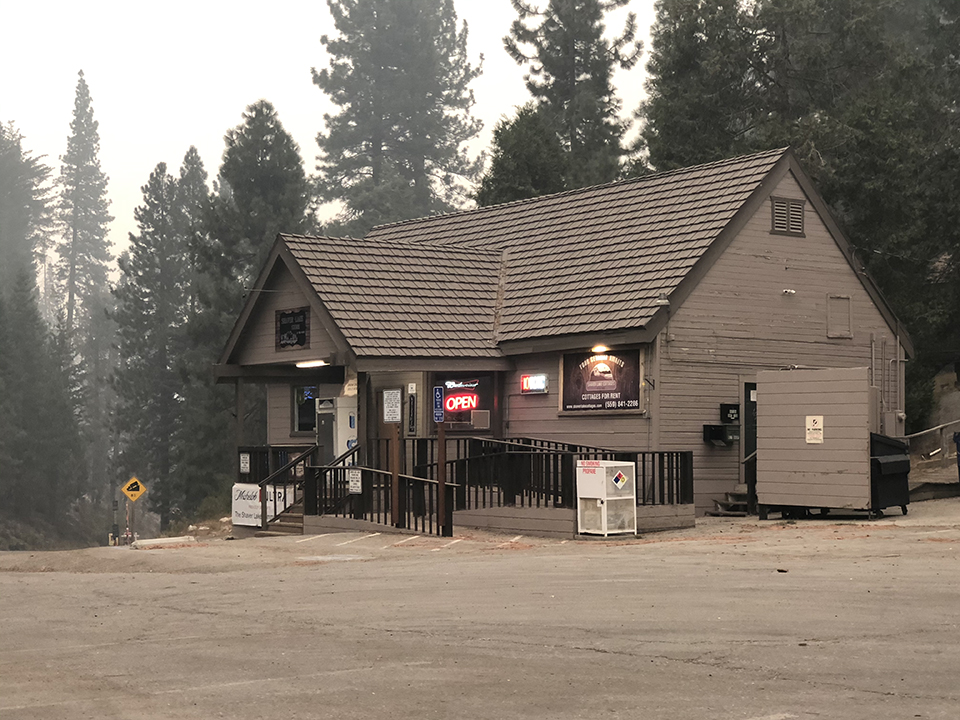 There are 2,503 personnel, including 29 hand crews, battling the Creek Fire. The available equipment: 266 engines, 70 dozers, 63 water tenders, and 18 helicopters.

Chris Donnelly chief of the Huntington Lake Volunteer Fire Department, said in a report to cabin owners over the weekend:

“The area hit the hardest was Upper Line  (Creek), Huckleberry, and Camp Kennolyn. It appears that a ‘fire tornado’ occurred in the old meadow area in front of Camp Kennolyn which actually pulled out many trees by the roots!

“In Upper Line, there are unburned cabins that were damaged as live, unburned trees, hit cabins. Fire inspectors from the office of the State Fire Marshall stated that fire behavior in the Kennolyn area is the worst they had witnessed in their career.”

Donnelly also said that the “area will take many years to recover.”

Legend: green is unharmed by fire; magenta is fire-damaged. 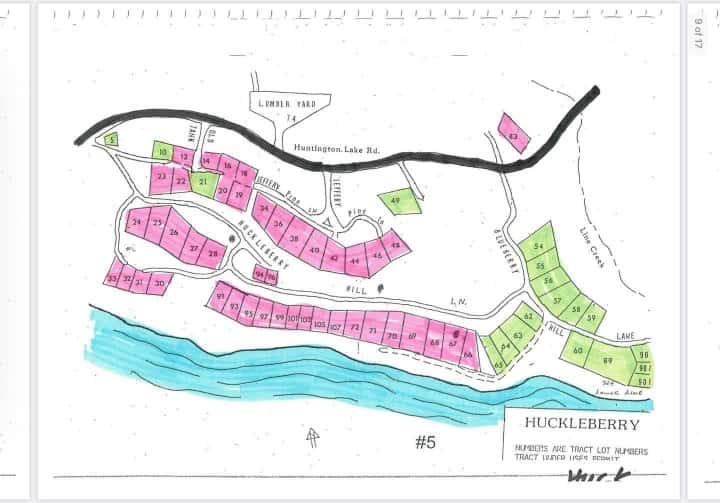 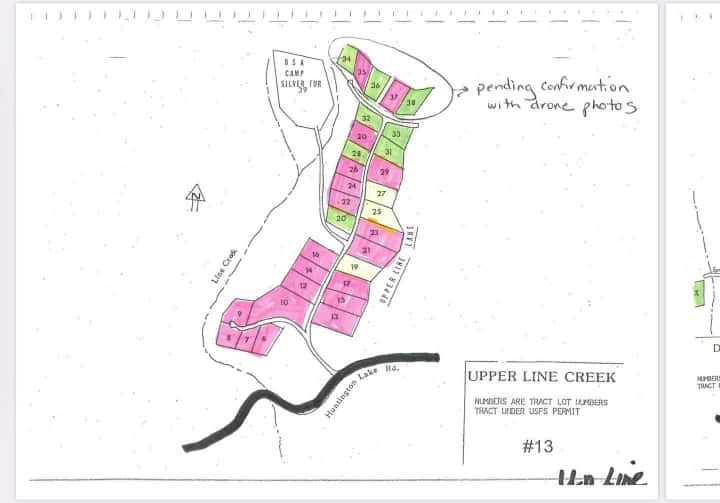 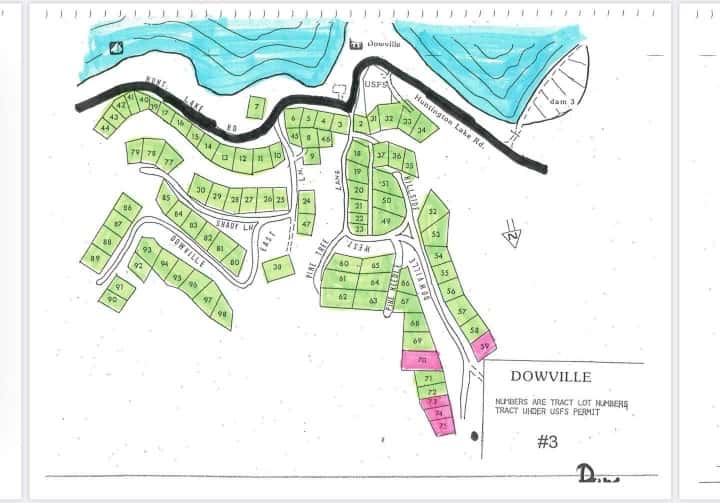 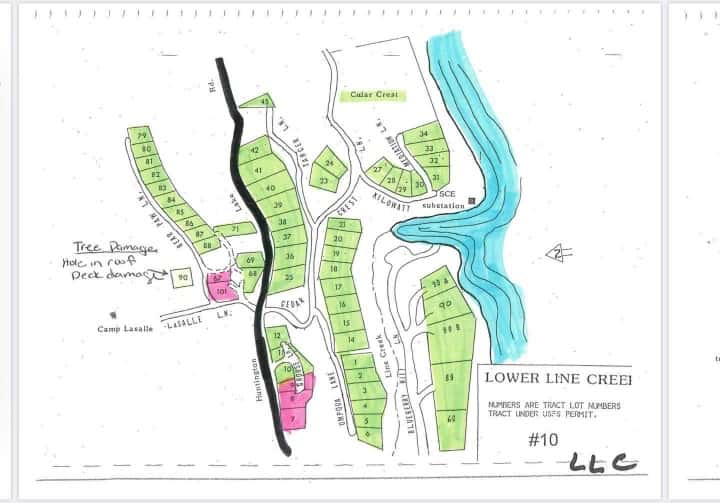