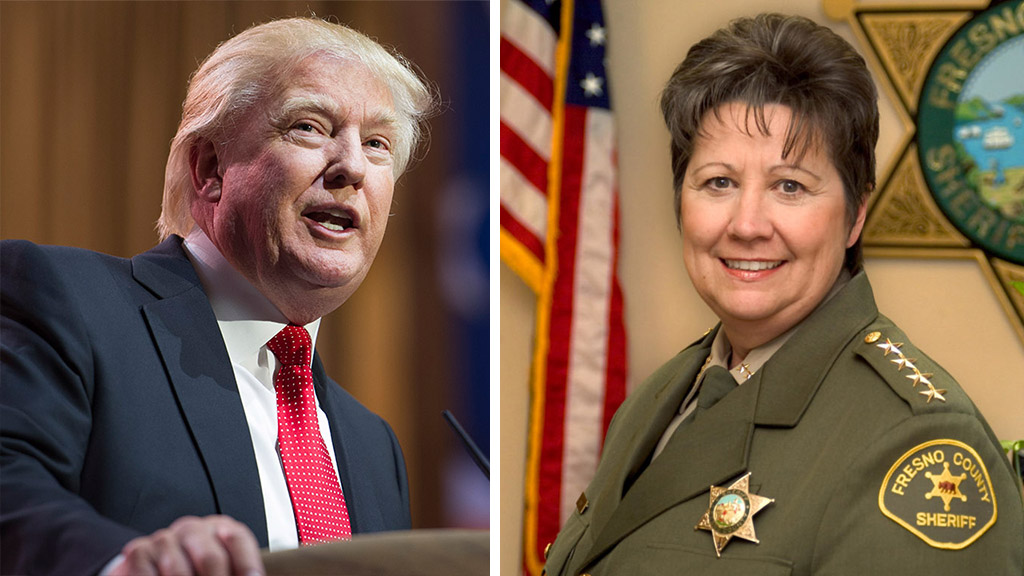 Fresno County Sheriff Margaret Mims will meet with Donald Trump as the president is scheduled to visit California on Monday.

The president will travel to McClelland Park in Sacramento for a briefing on the wildfires. Mims, whose department has been handling the law enforcement end of the Creek Fire, will travel to the state capital to provide an update.

“Sheriff Mims will be one of a handful of officials traveling to Sacramento on Monday to sit down at a round table meeting with him. She will discuss everything related to Fresno County and the fire,” sheriff’s office spokesman Tony Botti said. “He wants all the players to come to him for convenience.”

The President has been campaigning in Nevada this weekend. He is spending Sunday night in Las Vegas. He has a Monday afternoon campaign event in Phoenix, Arizona.

As of Sunday morning, the Creek Fire has burned 201,908 acres wit 8% containment. It has destroyed 365 structures with an additional 32 structures damaged, according to Cal Fire. There are no reported injuries or fatalities.

More than 2,300 firefighters are battling the Creek Fire, which started Sept. 4. A cause has yet to be determined.

Tens of thousands in the mountain communities in Fresno and Madera counties have been forced to evacuate.

Mims and Trump are familiar with each other. The two met at a White House roundtable on crime in 2018.

Trump’s comments during that meeting, calling the MS-13 gang “animals,” made headlines.

Mims also met with Trump at the U.S.-Mexico border in Calexico in 2019.