Did You Lose a Bag of Precious Family Photos Fleeing Creek Fire? Robby Found Them 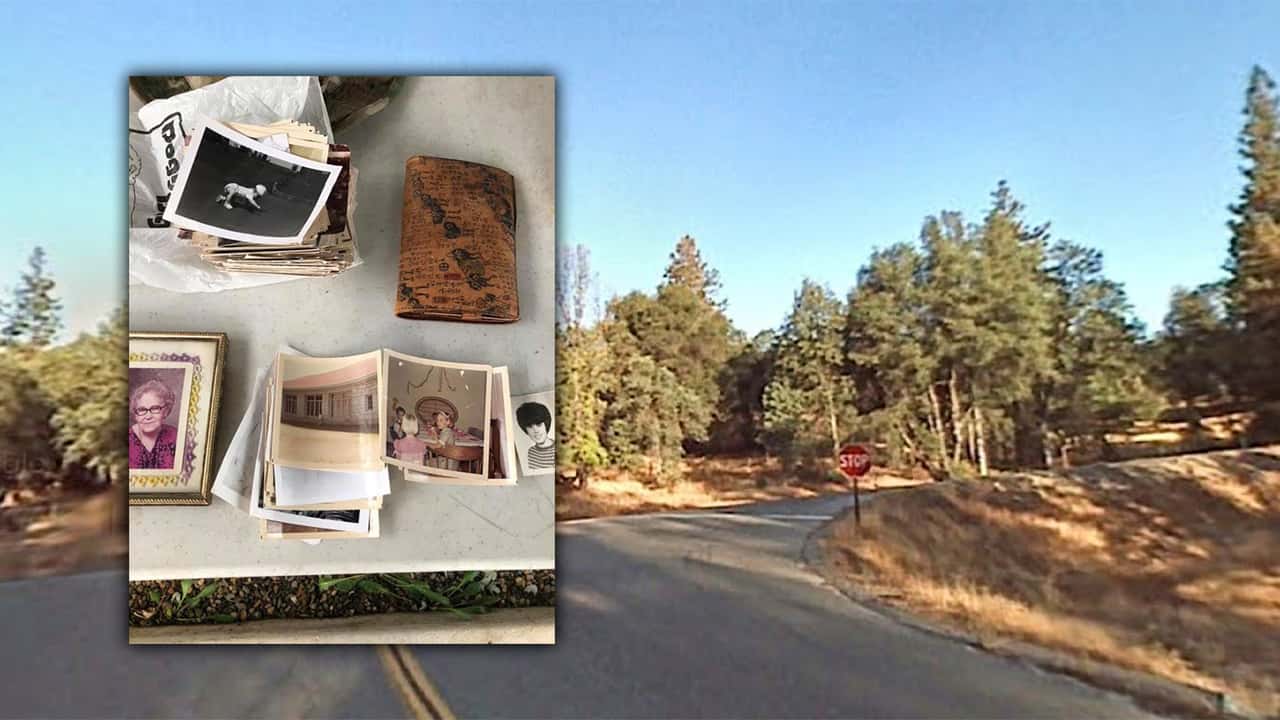 Someone apparently fleeing the Creek Fire in Madera County put precious family photographs into a plastic shopping bag, along with other things near and dear to them, before heading out the door.

“It looked like it fell out of someone’s truck as they were leaving.” — Sugar Pine resident Robby Guiliacci, who found a collection of family photos in the middle of Road 632 next to Highway 41

But the black-and-white and color photos, including a framed photo of a grandmotherly woman and baby pictures, were separated from their owner last weekend, and Robby Guiliacci is trying to reunite them.

Guiliacci, 34, is a service technician for Cosco Fire Protection who lives in Sugar Pine north of Oakhurst.

He told GV Wire℠ on Friday morning that he was riding his motorcycle Sunday evening amid the smoke and ash blanketing the region when he spotted a bag with contents spilling from it.

He was on Road 632 next to Highway 41 and just west of Sky Ranch Road.

“It looked like it fell out of someone’s truck as they were leaving,” he said.

Most of the photos were still in the bag, although a few had already scattered on the roadway. Guiliacci said the bag might have dropped off a vehicle shortly before he got there. Some of the photos and one of the wallets that Robby Guiliacci found Sunday, Sept.6, 2020, on Road 632 next to Highway 41 during the Creek Fire. (Special to GV Wire/Robby Guiliacci)

In addition to the framed photo and several hundred loose photos — Guiliacci described some of them as “super-old” — the bag held some old wallets. But the wallets are empty, with no IDs inside.

He’s hoping that someone will recognize Grandma’s face, or realize they’ve lost a bag of family memories, and contact him so he can return it.

Guiliacci said he knows that family photos are usually among the things that people grab when they have to evacuate. He’s determined to find their owner.

So he went home, set out the photos in a collage, snapped a photo, and shared it on the Oakhurst Facebook Group. It was subsequently shared on the Creek Fire Community Support Facebook group.

He’s hoping that someone will recognize Grandma’s face, or realize they’ve lost a bag of family memories, and contact him so he can return it.

But even though his original post has been shared more than 1,000 times, so far he hasn’t found the owner.

Daily US Virus Deaths Decline, but Trend May Reverse in Fall

Military Support Team Gets a ‘Superheroes’ Sendoff From CRMC