USDA Official: We Need to Thin Forest to Prevent Wildfires 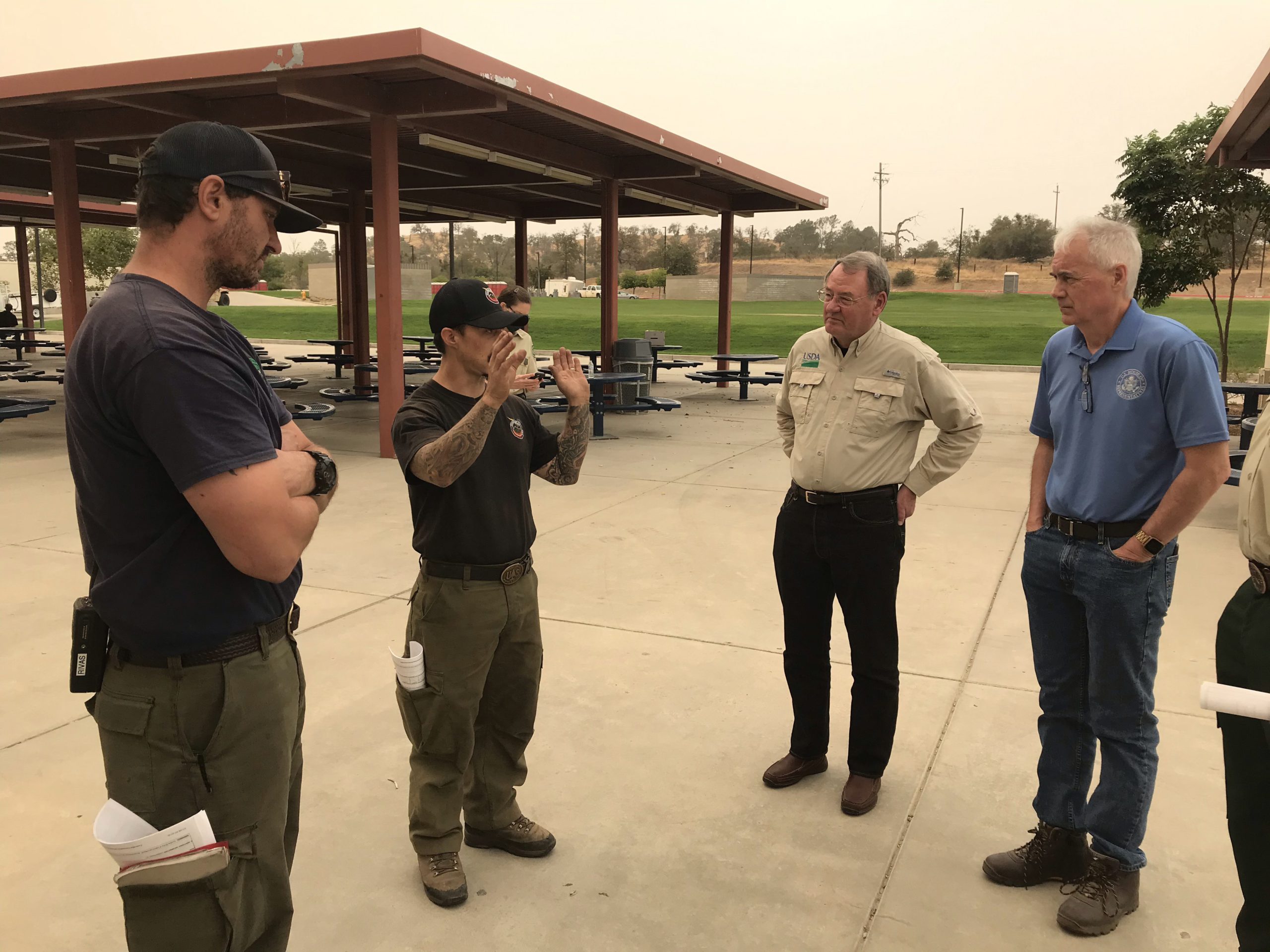 James Hubbard, the Under Secretary for Natural Resources and Environment at the U.S. Department of Agriculture, met with elected officials and firefighters Wednesday at the incident command post located at Minarets High School in O’Neals.

The U.S. Forest Service, which manages the Sierra National Forest where the Creek Fire is burning, falls under the USDA.

Before he left to monitor other wildfires in California, he spoke with GV Wire℠.

Who is responsible for management of the forest where the Creek Fire is burning?

The state, the county, the federal government and individual private landowners. What it will take is, is people working across those boundaries at a large enough scale to change that forest condition, to reduce wildfire risk and protect those communities. And you can’t just do it on any single jurisdiction and accomplish what you want as an outcome. You have to do it with everybody participating.

That’s one of the reasons that we signed a shared stewardship agreement, the Forest Service in the state of California, to commit to doing this kind of work together and to go after mutual priorities where we know that we can make a difference and we have the local support to make a difference.

How much did dead trees and the bark beetle lead to a quick spread of the Creek Fire? 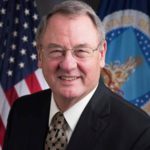 “We’ve got too many trees and we need to thin that forest and improve the conditions so that we can actually get fires when they start.” — USDA Under Secretary James Hubbard

The dead trees don’t help the matter. But what is happening with a lot of our Western forests, and in the case of the Creek Fire too, is that we’ve got a forest that is in a drought condition. So, it doesn’t have a lot of fuel moisture in those trees live or dead. Therefore, they’re ready to burn and they get an ignition source — lightning or human caused — and they burn and it spreads more quickly.

It’s more difficult to send firefighters into a stand of dead trees that are likely to come down on them in a fire situation. So, you have to alter your tactics. That doesn’t help either. But basically, it’s a matter of we’ve got too many trees and we need to thin that forest and improve the conditions so that we can actually get fires when they start, not to become ground fires but to become ground fires that we can actually do a direct attack and catch before they become big.

What has been the biggest obstacle to managing the forest?

There’s always some opposition any time you want to cut trees. More than that, it’s a matter of picking our priorities together and then going after them together. We can’t get to all of this, there’s too much of it. We need to get to the highest risks and protect where we have the most values at risk. That has to be a joint decision with the Forest Service, the federal agencies, the state and the county.

Some environmental groups say dead trees and the bark beetle do not effect the severity of wildfires. What is your reaction to that?

I would say that’s in part correct. Once those trees that are are killed by bark beetle drop their needles, they’re not as much of a standing hazard. They are more of a hazard to put firefighters into, so direct attack becomes a difficult situation, a fire safety situation for firefighters. They do complicate problems and they do cause an issue. All of our trees in a drought situation with low fuel moistures are flammable. There’s not a lot of difference between live, dead in a drought.

Some local elected officials blame Democrats and environmental policies for what is going on with the Creek Fire. Do you agree?

I think there’s more process than we need. There are environmental laws that are passed by Congress for protections. We’re not proposing that we change those laws. We are proposing, however, that we reduce the process it takes to comply with those laws. It’s too much and it takes too long. We end up spending time oftentimes in court arguing about the wrong kinds of things. We need to simplify that process. If there are disagreements, deal with the disagreements about the right kinds of things.

Have Democrats and environmental groups been an obstacle to forest management?

The president and Secretary (Sonny) Perdue, who I work for, want to see more active management. That’s what we’re going to press for. Others might have a different view. But right now, with all the kinds of things that are happening in California — record setting fires not only in terms of size, but in loss and the kind of behavior and the kind of post-fire problems that occurs with soil moves and runoff —  all of those are major problems that aren’t going away until we do something about our forest condition.

Last month, President Trump made comments about California needing to clean its forests. Is there a problem with ground fuels, and does the president have a point?

Yes, the fuels on the forest floor make a difference. What those fuels can do is once you get an ignition, if there’s too much, then it spreads to the tree and up the tree. If that tree is dry, it will crown out and then it will throw those embers as far as a mile away. Typically, it starts with what’s on the ground. Your ground fuels are important to pay attention to. I won’t say you have to have a perfectly clean forest floor, but you have to reduce the fuel load on the forest floor to keep the fire from spreading.

If the fires are happening in a federal forest, why doesn’t the president direct its clean up instead of blaming California?

We all have plenty of work to do. It isn’t any one jurisdiction and we have to work that together and where we pick our mutual priorities to come together and do something at a large enough scale to make a difference. We can do better at protection.

[Update, 9/11/2020: Hubbard met with officials at the incident command in O’Neals, not Tollhouse as originally reported.]
Related Topics:California wildfiresCreek FireDonald TrumpUSDA
Up Next