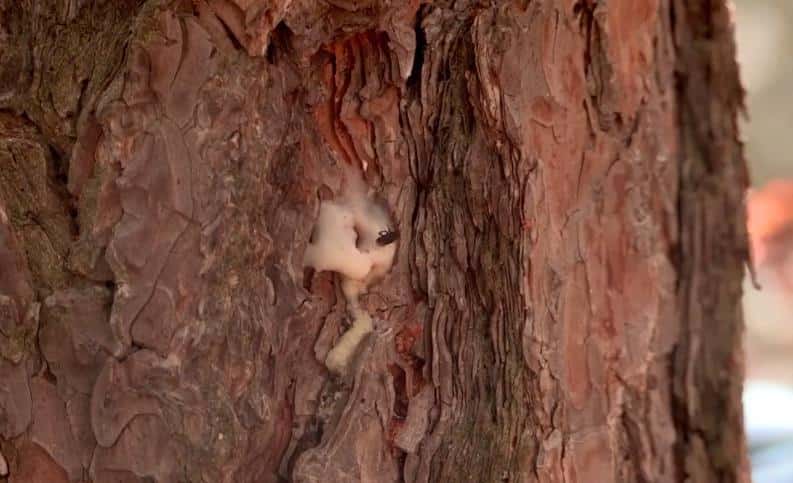 As the Creek Fire continues to ravage the Sierra, the debate about how to prevent this type of fire again leads down divergent paths.

Cal Fire points to the 80%-90% tree mortality rate from bark beetle in the Creek Fire’s territory as a major contributing factor.

But Sierra Club California and the Center for Biological Diversity cite studies showing dead trees from bark beetle are no more flammable than other trees. Instead, they say, the problem is too much fire suppression and homes that interface with Mother Nature.

GV Wire℠ spoke to retired Socal Edison project manager John Mount. He counters that the two environmental groups are leaning on science that doesn’t take into account California’s unique topography. He also said that the studies cited weren’t based in the Sierra. 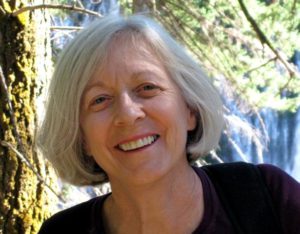 “There is a controversy about dead trees.” — Kathryn Phillips, Sierra Club California Director

Sierra Club California Director Kathryn Phillips told GV Wire℠ by phone the amount of fire suppression over the years has led to a large increase in trees in the Sierra Nevada.

“There is a controversy about dead trees,” said Phillips. She pointed to a 2013 study that concludes: “Most available evidence indicates that bark beetle outbreaks do not substantially increase the risk of active crown fire in lodgepole pine and spruce forests under most conditions.”

Phillips says the focus should turn from logging or mechanical thinning of forests and focus on defensible space around homes and cabins.

“I don’t see logging as a way to do this,” said Phillips. “Defensible space around homes of 100 feet, and hardening of homes with things like protective screens to prevent embers from getting into attics is what needs to be emphasized.”

She again pointed to the 2013 study. It states: “Once (bark) beetle populations reach widespread epidemic levels, silvicultural (practice of controlling growth) strategies aimed at stopping them are not likely to reduce forest susceptibility to outbreaks. Furthermore, such silvicultural treatments could have substantial, unintended short- and long-term ecological costs associated with road access and an overall degradation of natural areas.” 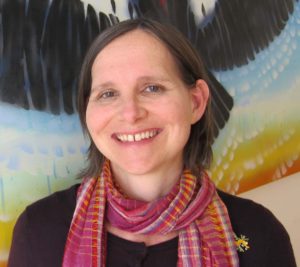 “Studies indicate that there is no effect of dead trees on different aspects of wildfire behavior including wildfire severity, rate of spread, or extent.” — Shaye Wolf, Climate Science Director Center for Biological Diversity

“Studies indicate that there is no effect of dead trees on different aspects of wildfire behavior including wildfire severity, rate of spread, or extent,” said Shaye Wolf. climate science director of the Center for Biological Diversity. “What Sierra Club California told you about dead trees being no more flammable is correct. In fact, it’s not just that 2013 study.”

She pointed to four other studies to support her position.

The Center for Biological Diversity’s website says the organization is “fighting a growing number of national and worldwide threats to biodiversity, from the overarching global problems of unsustainable human population and climate change to intensifying domestic sources of species endangerment, such as off-road vehicle excess.” 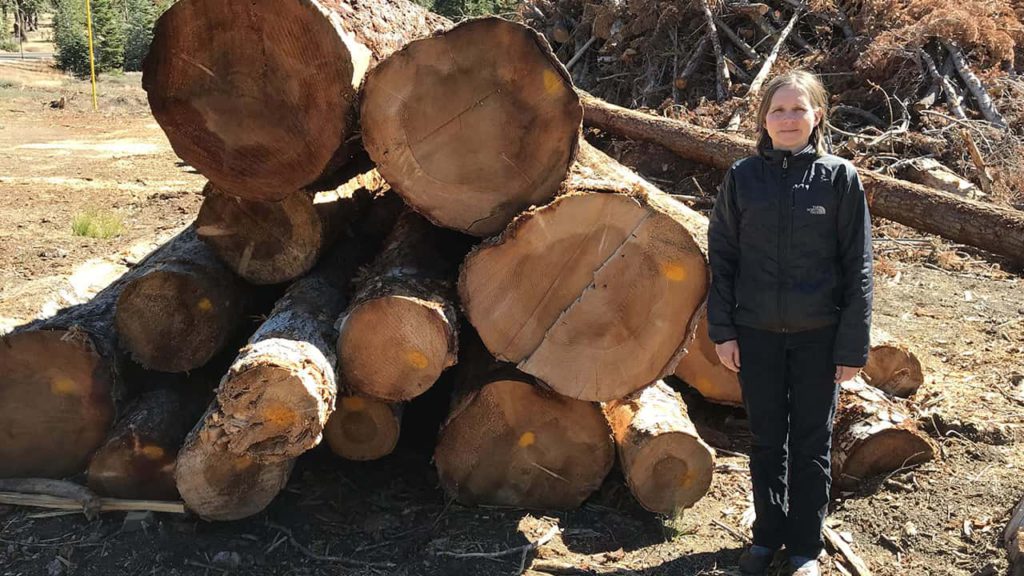 Shaye Wolf of the Center for Biological Diversity stands next to a “thinning” project off Highway 88 in California.

Wolf said that thinning the forests isn’t an effective way to protect communities from wildfires and it “can even make fires burn hotter and faster.”

Wolf said that the Creek Fire rapidly burned through areas that were recently logged (including the removal of large dead trees) under the claim that this would curb future wildfires.

She doesn’t see how logging could have prevented what’s happening in the Sierra National Forest.

“Forests with large numbers of dead trees (known as “snag forest”) support among the highest levels of biodiversity of any forest type. All these benefits are lost when dead trees are logged,” Wolf said.

She said that California should help communities retrofit homes with fire-resistant roofing, rain gutter guards, and ember-proof vent screens, along with pruning vegetation in the defensible space immediately surrounding homes.

“These are the most effective actions for wildfire safety, but they are getting the fewest resources from the state and federal government,” Wolf said. 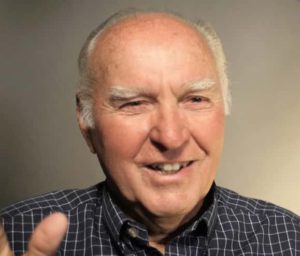 Mount doesn’t dispute the findings of the studies, but he noted that “all the studies were done in the Rocky Mountains. It’s totally different here in the Sierra.”

“Here’s the problem. … That’s firewood up there,” Mount said. “The fire return interval here is five to 10 years. In the Rockies, it’s at least every 300 years.

“To compare the Rockies to the Sierra Nevada is ludicrous. Fire burns in the Rockies whether trees are green or dead.”

“I’ll guarantee you on my life this fire (Creek Fire) has burned hotter because of the dead trees,” he said.

“So many of the trees have died creating significant fuel for the fire to burn,” said Cal Fire Public Information Officer Daniel Berlant in a video about the Creek Fire. “Massive amounts of pine trees that have died off over the years due to drought and due to the bark beetle.”

“The sheer number of dead trees all in close proximity plays a major role in fueling wildfires, and is absolutely a factor in why the Creek Fire was able to explode in size.” — Cal Fire PIO Daniel Berlant

Berland cited a website showing the number of dead trees in parts of the Creek Fire with a “red” rating — indicating there are 15 to 40 dead trees an acre.

In an email to GV Wire℠, Berlant said, “The sheer number of dead trees all in close proximity plays a major role in fueling wildfires, and is absolutely a factor in why the Creek Fire was able to explode in size.”

What a Federal Official Says

Jim Hubbard is undersecretary for Natural Resources and Environment at the U.S. Department of Agriculture.

He told  GV Wire℠ that studies cited by the environmental group are “in part correct” and trees killed by the bark beetle are less of a standing hazard.

But, said Hubbard, trees killed by the bark beetle present an additional hazard to firefighters and change the way they must attack the blazes.

“All of our trees in a drought situation with low fuel moistures are flammable,” he said.

Huge Fire Breaks Out at Beirut Port a Month After Explosion